A Journey To The End of The Night 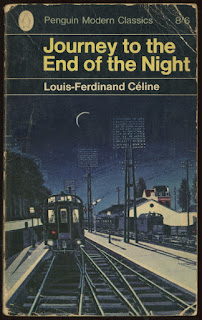 "Journey is a dark epic, sooty and sullied, where modern man is wonderfully insulted by a poet with a furious heart..." 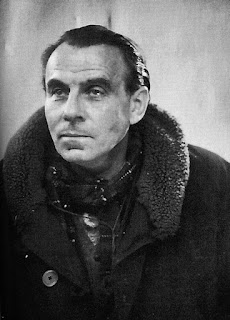 "Céline quarrels with the whole universe: he knows bourgeois vulgarity, and he knows proletarian baseness; he has no illusions about any class, or any being. War is ugly; society is awful; man is a horrible termite in his great filthy stinking cities — and the countryside is no better; and beyond that, it’s boring. Journey is a total indictment, and Céline’s later works are a series of fragmentary indictments against the Jews, against society, against the army, against Moscow, against the bourgeois republic. How ironic to think he could be enlisted against his will among the petty bourgeois writers of the Popular Front!"