The Knight At the Crossroads 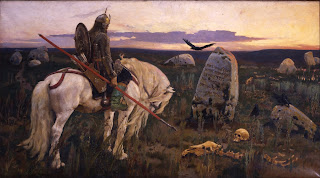 The Knight At The Crossroads (1878)
By
Victor Vasnetsov

Viktor Vasnetsov's The Knight at the Crossroads, painted in various incarnations between 1878 and 1882 is a world of myth, legend, and nation-building iconography from the supreme Russian Symbolist painter. Vasnetsov featured prominently in the popular mindset of nineteenth century Russian visual culture, combining a fantastical thematic approach with the realist principles of the contemporary Peredvizhniki movement. One of his best known canvases, The Knight at the Crossroads is an imagined reproduction of the chivalrous warrior of medieval folklore literally caught solemn at the crossroads of his journey. Although not achieving critical acclaim, Vasnetsov's work remained prevalent through his illustrations of fairy tale compilations, and The Knight at the Crossroads is one such example of his populist creations. However, it was not until the mid-1880s that Vasnetsov, adopting a more religious approach to his choice of themes, would attract the attention of the famous collector Pavel Mikhailovich Tretyakov.

First produced to illustrate an edition of Kievan Rus' oral epic 'Ilya Muromets and Robbers', The Knight at the Crossroads, the artist produced this oil reproduction for the noted industrialist and patron of the arts, Savva Mamontov. Removing the winding road and hiding the face of the forlorn rider, this second version is suffused with a melancholic despair at the fate of the knight. The utter lack of choice ahead of the rider is made more bitter by the inscription on the milestone which reads: "If you go left, you will lose your horse. If you go right, you will lose your head". An imagined reproduction of the most famous of all the bogatyr knights, Vasnetsov's contemplative rendering of Ilya Muromets is staged like an actual historical event. Such was the emotional charge and popularity of such epics; for the Russian people they were as relevant as history itself.

Life and Bio of the artist: https://en.wikipedia.org/wiki/Viktor_Vasnetsov

Hymn to The Fallen of November 9th 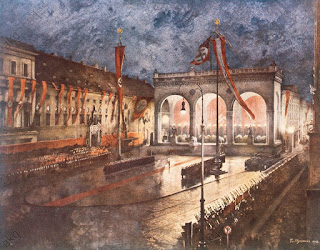 You dead heroes
Never were you nearer to us —,
Reminder, call, prayer —
As now when the Grim Reaper
Stands before us.
Never were you so necessary to us.
Towers in the storm of care.
Never were you as alive to us.
We are as acquainted with you as we are with death.
We listen for the call. And we hear
In the night, when all is silent
Your voices. They warn, they swear:
Not only victories! The victory!
As our flags sink
God goes as the wind through the field.
All our thanks and thoughts
Become deed.
GERHARD SCHUMANN
-
Who Was Gerhard Schumann 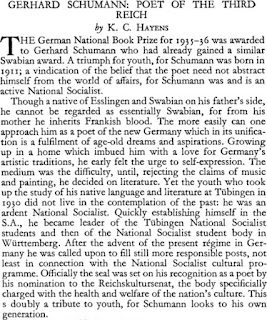 The Only Way Forward is Ragnarok 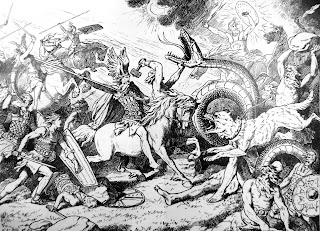 “We are always convinced that the modern world is a reasonable world, basing our opinion on economic, political, and psychological factors. But if we may forget for a moment that we are living in the year of Our Lord 1936, and, laying aside our well-meaning, all-too-human reasonableness, may burden God or the gods with the responsibility for contemporary events instead of man, we would find Wotan quite suitable as a casual hypothesis.” – Carl Gustav Jung, “Essay on Wotan“

The European experiment of the post-war era has failed.   The jackals are well within the gates, not just at the door, invited in by the guilt-laden subjugated victims of the partitioning of the German dream, the castration of entire peoples by the treaties of 1918 and 1945, and the vicious division of the world by the ostensible victors of those conflicts. The once-proud traditions of a thousand years are cast aside for the edicts of overlords who have seized utter control.

It was not just the physical residents of that glorious continent that were overcome by the great failures of 1939, but the nations upon the earth peopled by the descendants of Europe who never forgot their heritage, their pride, their connection to that blood. The victories ostensibly “won” by the Allies have turned to dust in their mouths, as the same overlords that sought to destroy the bounty of Europe did not let the fruits of its children anywhere on the earth free from their corruption and infiltration.

And the seeds for this silent takeover, the dismantling of the glories of thousands of years, were planted by one simple method: the creation of “universalist” religions, in which the gods of a people were thrown aside by hook, crook, pressure, intermarriage, and indoctrination.

Yet that which is eternal, true, and tied to our blood, our culture, our heritage, is never silent long. 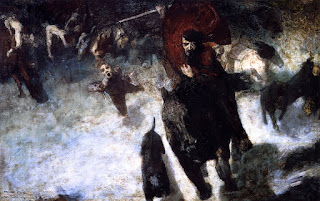 And as noted by Jung, Wotan was stirred by the abasement of his people, the stirrings of waking set in motion even if not completed.   And as Europe’s children are threatened today evermore, its fruit not merely plundered but irrevocably destroyed by the invaders, this waking has resumed and accelerated.

Our way forward is back, and that begins with a spiritual renaissance that is apparent on the fringes of our culture now.   Popular culture remembers the gods, even if it is debased. Worship of the old ways, best as can be remembered for now, resumes and is reconstructed and re-found. His adherents climb mountains, gather to share gifts, and strengthen what is coming.

Our way forward will not be in modern atheism, nor universalist religions.    It will take the combined awakening of the blood to find that way again – for what we have lost is much, the damage great – but our volk are builders, creators, restorers. It begins with a spiritual component.  Our spiritual component, free of the shackles of the desert plagues that have enslaved spirits for so long.

Rise up and be free. Rise up and worship.   Rise up and listen to the call of that blood.   Ragnarok awaits, and our time is at hand.

For much shall be destroyed, but our volk will survive, prosper, and take their rightful place amongst the stars.

That which comes, the political component thereof, will be based on that blood, soil, and heritage. The spirit of Wotan, of the ghosts of the last century, guides even as the gods stir within us. Even as the world-soul re-asserts its dominion. There is no political solution without a religious component, one based in the religion of our ancestors and of our blood, of our heritage.There is no government of our volk that is possible without a common bond, no common interest without that bond of blood.

Taken from: The Revolutionary Conservative 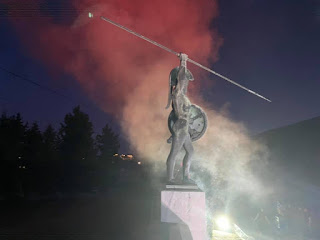 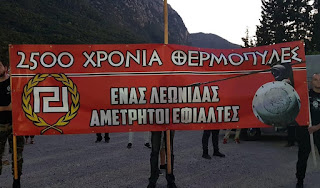 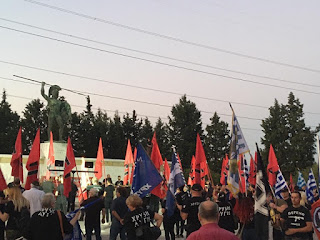 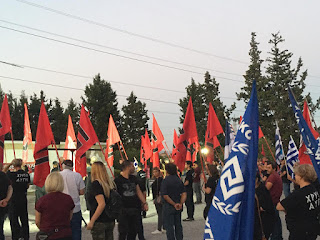 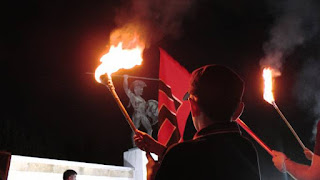 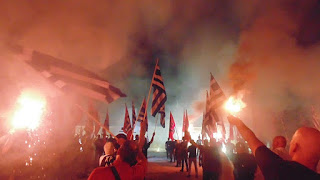 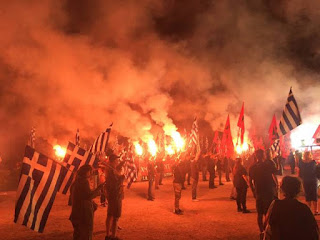 The Wagnerian Influences on Klaus Schulze 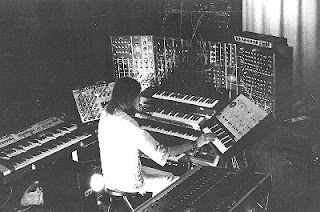 Klaus Schulze is one of the most prominent figures of German Electronic Music.
For years he used the alias "Richard Wahnfried" ( "Richard" by Wagner's name and "Wahnfried" by Wagner's Villa in Beyreuth).

The following statement in taken from the liner notes of his TIMEWIND album released in 1975.

"Timewind was my fifth records and the first one with a clear reference to my Bayreuth hero Richard Wagner, which can be seen by looking at the titles. These songs were classic home recordings, albeit rather primitive ones. In Berlin I lived in the...I could have almost said "Bayreuth Street"! It was Swabian Street and I lived in a former barbershop at the time"

Here is the full TIMEWIND album:

"In this tribute to Richard Wagner, Klaus Schulze demonstrates that electronic music can be far more than the cold clinical sounds usually associated with the genre"
TROUSER PRESS/USA , November 1977

SEE ALSO:
The Kingdom of Bayreuth

The Philosophy of Nietzsche - An Antidote against Modern Europe 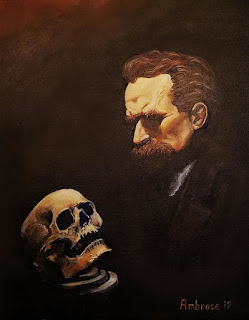 "As far as Europe is Christian, it is (in the ethical and spiritual sense) Jewish;
as far as Europe is moral, it is Jewish. Almost all European ethics are rooted in Judaism. All champions of religious or irreligious Christian morality, from Augustine to Rousseau, Kant and Tolstoy, were Jews by choice in the spiritual sense; Nietzsche is the only non-Jewish, the only pagan ethicist in Europe. The most prominent and the foremost proponents of Christian ideas which are present in its modern reincarnation are pacifism and socialism, and these are Jewish."

The Year Without a Summer, Famine and a Writter's Contest 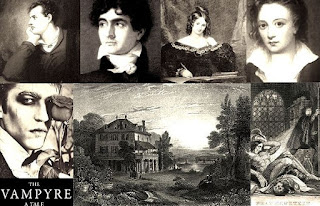 In the shadow of the recent covid19 lockdowns,  house restrictions and world pandemic its intresting to see how famous writters of the past reacted to more or less similar situations. The result was the creation of marvelous novels, poems and stories. 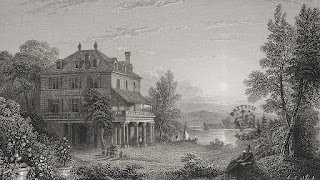 "The extraordinary worldwide meteorological events of 1816 resulted in that year being christened the "year without a summer". A close succesion of major volcanic eruption occured across the globe from 1811-1814. This series was then capped by the 1815 eruption of Mount Tambora in the Dutch East Indies - The largest known eruption in over 1,300 years. Occuring during the middle of the Dalton Minumum ( a period of unusual low solar activity), it added to an existing cooling trend that had been periodically ongoing since 1350. The summer of 1816 saw average global temperatures by 0.4 - 0.7 celsius (0.07 - 1.3 F), resulting in major food shortages across the Northern Hemisphere and the worst famine of the 19th century in many other parts of the world. In July the incessant rainfall of an unusually cold, wet summer obliges Mary Shelley, her husband Percy Bysshe Shelley, Lord Byron, John William Polidori, and other friends to remain indoors for the balance of their Swiss holiday. As a form of entertainment they conducted a contest to see who could write the scariest story, leading Mary Shelley to write the novel Frankenstein and Lord Byron to write the short story "Fragment of a Novel." In addition, Lord Byron also wrote a poem, "Darkness," at the same time. Polidori would later use Byron's "Fragment" as the basis for his tale The Vampyre (1819), which was the first vampire story in the English Language."

THE YEAR WITHOUT A SUMMER on Wikipedia
Posted by T.K. at 13:18 2 comments:

Older Posts Home
Subscribe to: Posts (Atom)
"...I`m Determined to prove a villain and hate the idle pleasures of these days"
RICHARD III