The life of "El Greco"

Here is the trailer of the film "El Greco" based on the life of the wellknown Hellenic painter of the Renaissance Dominikos Theotokopoulos. "El Greco" considered worldwide by one of the most imprortant painters, perhaps equal to masters like Michelangelo or Raphael. During his life in Spain he puted on trial by the Holy Inquisition and was one of the very few that in the end managed to get free of any charges. For sure today D.Theotokopoulos is an important part in the history of European art. 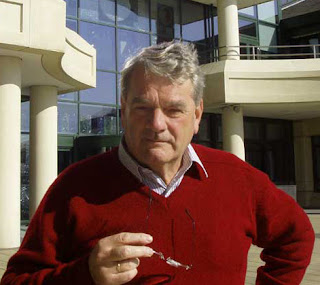 English historian David Irving continues to dissapoint his enemies. Despite all the witch-hunt from the system against him, David Irving stated in a recent interview to "The Guardian" that soon he will launching his comeback with a speaking tour in various cities and a series of new books.
See the full interview here:

David Irving is a man who faced jail, bunkrupted, and puted on several trials based on false accusations and lies. A True Historian who in his crusade for truth sacrificed his personal freedom. How such a man in his quest for truth and justice will continue this amazing work if at least will not have our financial support?
His books is already translated in several languages, but in case that you can`t find at your country. Buy them directly here:
http://www.fpp.co.uk/
This site also contains free downloads from several of Irving`s works plus a nice index with Documents on the Life and times of Adolf Hitler that rarely you`ll see in any other site.
Posted by T.K. at 00:26 No comments: