GOLDEN DAWN`s Annual Memorial in Memory of 29th of May 1453 and the last Defenders of Byzantium that stood against the turkish plague. 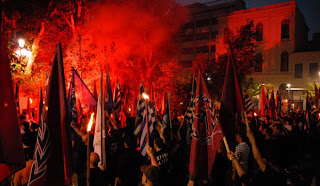 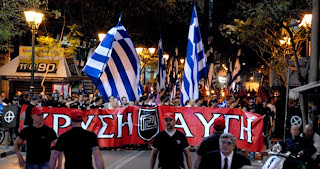 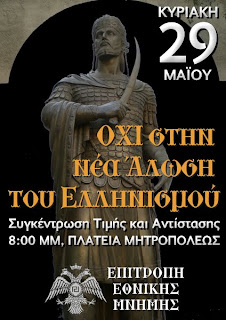 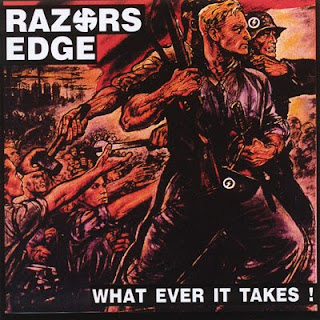 The RAZOR`S EDGE album "Whatever It Takes!" is one the most classic RAC albums ever recorded. Its about RAC what "Under The Sign of The Black Mark" is for Black Metal or "The Number of The Beast" for Heavy Metal. The original ISD Records version doesn`t contain the lyrics. Dont know if any re-release includes them. Here is the album title track from youtube with lyrics!
Even if the true original C18 is dead since 1996, this album without doubt is the soundtrack of those days, back in the first half of the 90`s. Hail To The Chelmsford Two!!!

News From The Underground Front 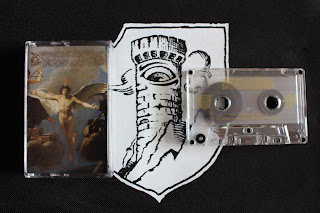 - DEPARTURE CHANDELIER plays Napoleonean Black Metal inspired by the cruelty of French history and the illuminating powers of death. Their debut demo comes on pro-cassette with pro color cover. 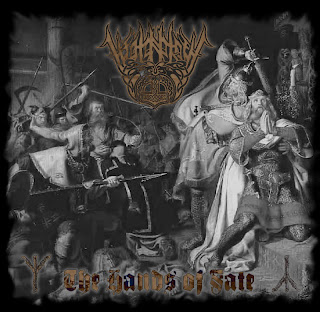 - Wotanorden's long awaited 3rd release is now available through Wolftyr Productions, and available for sale through the band.The album consists of 4 new epic tracks that take you on a journey of heathen might and perseverance, along with 3 unreleased tracks from our times of old..

You may purchase from the band directly through here:
www.paypal.com - skaldicforgeproductions@hotmail.com

You can also purchase the CD at:
http://www.blogger.com/www.wolftyr.com 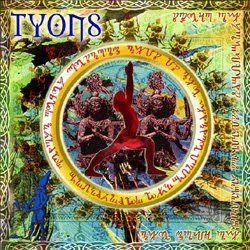 - SPEAR OF LONGINUS "The Yoga of National Socialism" CD
CD version of the cult album! Limited to 888 copies.
Available from: http://www.ironcladrecords.com/ 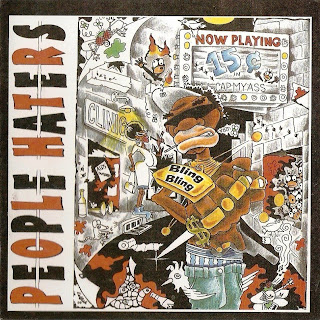 - PEOPLE HATERS "Bling Bling" CD
18 new songs, even better than the old recordings. 13 bucks in USA, 15 bucks rest of the world, paypal address strongsurvive_usa@hotmail.com.
No trades or wholesales on the first pressing.
http://www.strongsurviverecords.info/ 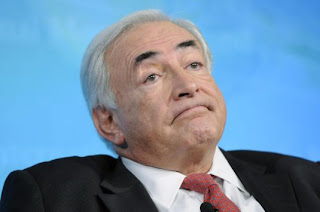 For thousands of years, jews had no country to live in (Even now they dont have, the place called Israel is stolen by Palestianians) so they had (And still have) a huge diaspora around the world. While living peacefully amonst the nations (Except in some rare cases which some bad racists decide to kick them out of their countries. See : Babylon, Egypt, England, Spain, Eastern Europe, Byzantine empire, Germany e.t.c.) they had ofcourse not to forget their traditions (Stealing , conspiracy, usury e.t.c.) and practising them in a daily basis. 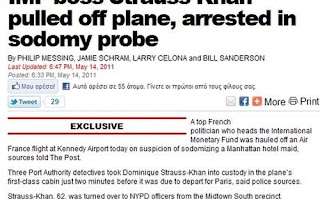 Yesterday in New York, we had another racist motivated crime. The head of the International Monetery Fund (Close friend and comrade of the two lovely lads in the previous post of this blog), Socialist and Jewish (This two usually go together) Dominik Stross Kahn (Real name Strauss Kohen) arrested for an attempt of sodomy.Personally i`m confident that the maid was racist as well. If she was a true open minded, and tolerant human then she had to satisfy the needs of a fellow man, whom far away from home feeling nostalgia for his religious beliefs. Where this world go? Why are living in 21st century and every one have the right practise his own religion and traditions of his ancestors. 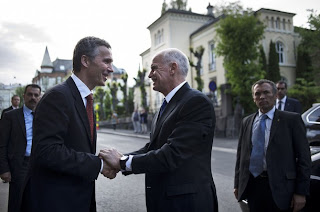 What common thing share the prime minister of Hellas and the prime minister of Norway? They are both Jews, ofcourse!
Knowing this, we can all understand better about what "progressive governance" they are talking (Photo above) about these days in Oslo.
Mazel Tov!
Posted by T.K. at 01:26 No comments:

Two days after the murder of a Greek by North Africans and things are almost out of control. For the suprize of the "Hellenic" state, more and more young Greeks organize themselves in groups and hunt every immigrant in many parts of Athens. Some reporters said that in some cases Greek youth broke windows and doors and attacked to immigrants inside their houses. Yesterday night another immigrant house received molotov cocktails. News report that only today afternoon around 15 immigrants entered wounded in hospital. Few hours(Early afternoon) ago a huge march by Nationalists and Patriots ended in a huge immigrant hunt in the main streets of the centre of Athens. Video(From the TV news) follows below. 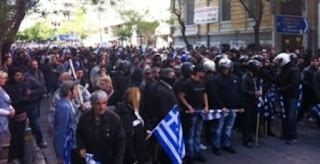 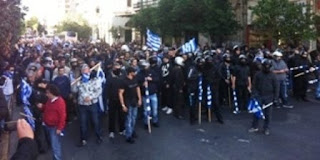 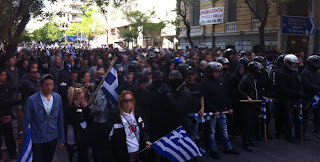 Around 6:00 in the morning, a Greek guy was waiting in front of his home in the centre of Athens with a camera in his hands, to pick up his wife and take her to the hospital as she was ready for the birth of her 2nd child. He stabbed 3 times by immigrants (from Algeria or Morroco as eye-witness said) in the chest and neck. He died few min. after. Early afternoon the last remaining Greeks of this area closed the street. Several Nationalists run for help. As you might understand, leftists/anarchists appeared and tried to intimidate people for protesting against immigrants and with the media speaking about "new crystal nights" "pogroms" e.t.c. Its true, all immigrants (As well as leftists/anarchists and journalists also) around the area hunted down by Greeks who got tired to be murdered, raped and robed daily by every scum from asia or africa. Also two anarchist squats near this area received an attack.

As i right those lines now, the street that murder happened in still closed, the Greek refuse to leave and also they announced a gathering for Thursday afternoon and called all Greeks of Athens in order in "clean their streets from immigrants".
Multi-Kulti bliss in Hellas is almost over! People are waking up and the lets see who gonna taste the rage...

Below are exclusive photos from the riots and Nationalists in action. Taken from the official Golden Dawn website. 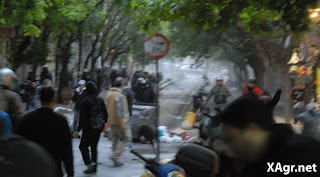 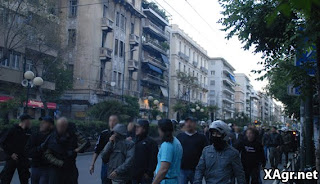 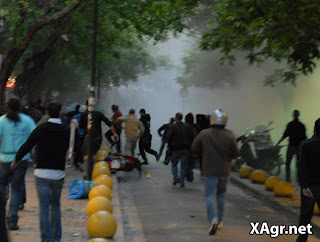 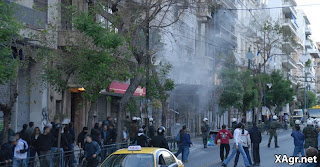 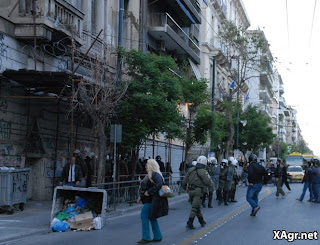 The Ethno-Cultural journal of MAGNA GRECE

Recently i came across the Blog of MAGNA GRECE. Rarely you meet sites of such nature, and if you do so its on their local language. From the first view i saw many intresting things concerning the South European Culture and Traditions. MAGNA GRECE is doing a good job promoting and enlight people who intrested on this matter. Its not only about people of Southern-Italian ancestry but for every European who want to have a deep insight to a very important part of our History, Myths & Tradition.
Below follows the introduction of "Magna Grece" and after it the link of their site.

Magna GRECE is the online voice of Nuova Patria Meridionale (New Southern Homeland), a metapolitical think-tank dedicated to the traditional folkways of Europa with an explicit focus on Southern-Italians and Sicilians. Our objective is to provide an English language forum on important issues concerning our historic communities, the most imperative of which is the realization of self-determination, the cornerstone of any group's ability to survive.

We are pan-European, however, this unity is not based on superficial economic grounds like the current European Union. Our idea is rooted in higher principles of an organic, hierarchical nature. We uphold the importance of maintaining and protecting our regional differences. The rejection of the ethnostate is an affirmation of slavery.

We by no means wish to disparage Padanians (Northern Italians) or Sardinians in anyway. We respect them as our neighbors but also recognize the fact that unity with them under the centralist state threatens our beloved cultural and linguistic identities. Only through the formation of Traditional societies can we save our respective tribal communities which are threatened by the leveling forces of commercial globalism, materialism, incessant immigration, multiculturalism and egalitarianism.

This journal is for those of us who still feel the rhythms of our ancestral homeland racing through our veins. We envision a free Europe of the peoples and of the regions, where Southern Italy and Sicily can play an important role in the continent's future Imperium.

Magna GRECE is an allusion to Magna Graecia, or greater Greece, the name for the Greek settlements in Southern Italy and Sicily, and GRECE, the acronym for the Groupement de Recherche et d'Études sur la Civilization Européene (Center for Research and Study on European Civilization), the foremost representative of the Nouvelle Droite, or European New Right. GRECE is a source of inspiration for our group and, as the title of our journal implies, we consider ourselves an extension of their ideas. 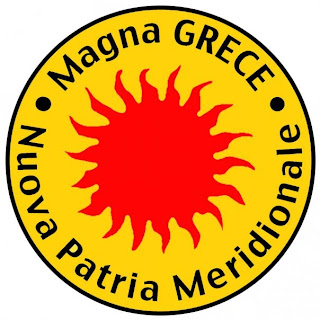 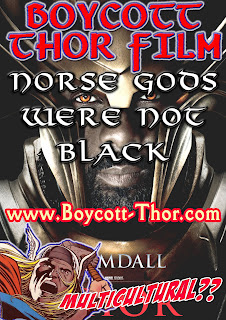 Golden Dawn - 1st of May Celebration for the Greek Worker 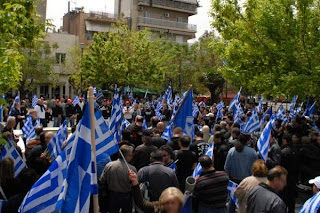 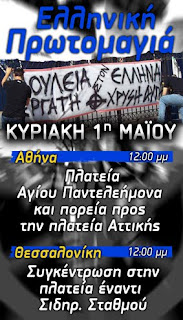