Mammon - King of The Modern World

George Frederic Watts, in common with such social commentators as William Morris, Ruskin and Carlyle, began to question the benefits and purpose of modern industry and commerce and their dehumanizing effects. In 1880 he wrote:

“Material prosperity has become our real god, but we are surprised to find that the worship of this visible deity does not make us happy.”
G.F. Watts “The Present Conditions of Art” 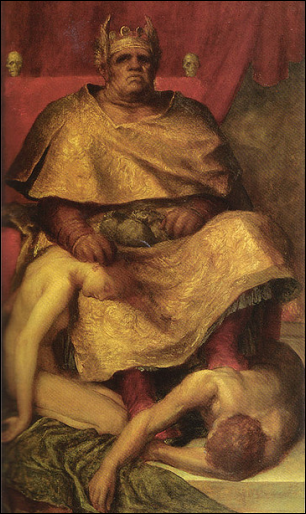 The picture is nearly life-size and the seated figure against a curtained backdrop calls to mind the portraits of Titian. However, instead of an established figure or celebrated beauty, Watts depicts an object of revulsion, seated on a throne decorated with skulls. Just behind the curtained background we are offered a glimpse, not of a peaceful landscape, but of fire and destruction. The picture is painted in a rich, almost hellish palette of red, gold and black. Watts visualizes Mammon as a brutish despot: an ugly, lumpen figure seated on his throne, nursing his moneybags on his lap. The ogre brushes aside a beautiful girl with one hand, and crushes a young man under foot. Both are symbols of youth, innocence and beauty; yet, naked and vulnerable, they are also lifeless and inert. Mammon sits in glory with his
“gorgeous but ill-fitting golden draperies, which fall awkwardly about his coarse limbs”
M.H. Spielmann “The Works of Mr. George F. Watts, R.A., with a Complete Catalogue of his Pictures,” Pall Mall Gazette 1886

In the oil study (Watts Gallery, Compton), Watts also gives Mammon a bandaged, gouty foot, a symptom of his indulgent and excessive lifestyle.

Mammon’s crown, with its upended gold coins and ass’s ears, symbolizes Mammon’s ignorance and stupidity, but also links him with Ovid’s King Midas, whose touch turned everything to gold and to whom Apollo gave ass’s ears because he did not respond to the music of the lyre. The best-known literary reference to Mammon occurs in Spenser’s Faerie Queene, book II, canto 7. Spenser describes Mammon as tanned by soot from the blacksmith’s forge, a detail that perhaps accounts for the smoke on the right hand side of the painting.

The subtitle of the picture Dedicated to his Worshippers is like an inscription on a monument. Watts apparently had plans to commission a sculpture of Mammon which would be set up in Hyde Park and “where he hoped his worshippers would be at least honest enough to bow the knee publicly to him.” 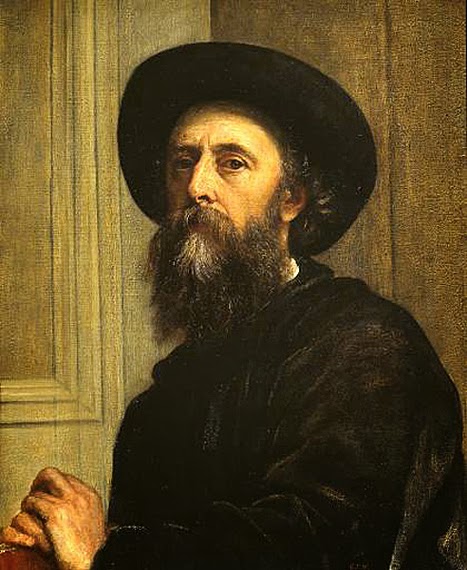 
"Originally released online in a series of 15 minute episodes, this fascinating look into Adolf Hitler and World War Two told from the German perspective, quickly became the most sough-after documentary on the internet. You will NOT see this on the History Channel.
This 25 Part epic, in systematically dismantling some 70 years of Allied propaganda, was inevitably banned in a concerted attempt to hide the truth from the general public. Many who viewed this documentary found the experience to be totally life-changing.

In over 6 1/2 hours of facts meticulously documented, expect a range of emotions from shock and disbelief to sadness and anger.
Adolf Hitler - The Greatest Story NEVER Told! is the first-ever truthful account of World War Two, the players involved and those responsible for what is probably the greatest ever cover up. You will see the true face of the War's instigators, it's victors and how they continue their deception to this day. You watch... You decide.

Since the mid-20th century, the world has only ever heard one side of an incredible story.  The story of a boy from an ordinary family whose ambition it was to become an artist, but who instead became a drifter.
His destiny however was not to drift into the awaiting oblivion, but to rise to the greatest heights of power, eventually to become one of the most influential men who ever lived.

Now for the first time, here is a documented account of a story many believe to be…


Learn the untold story about the most reviled man in history.  Adolf Hitler, The Greatest Story Never Told is a 6-hour Documentary by TruthWillOut Films.
This ground-breaking documentary chronicles the rise of Germany from defeat in World War I, to communist attempts to take over Germany; hyperinflation during the Weimar Republic, widespread unemployment and misery, and Adolf Hitler’s rise to power.

It also reveals a personal side of Adolf Hitler: who he was, his family background, his artwork and struggles in Vienna and what motivated him to come to power.
There’s so much hidden history to recount; FDR Pearl Harbor conspiracy, Soviet brutality, betrayal and treachery on all sides. Do we really know the true cost of war? Do we really possess all the facts?
Watch this series and uncover the real root causes of World War II.  Do your own research and decide what you choose to believe. Think differently."

Musick of The Mediaeval and Renaissance 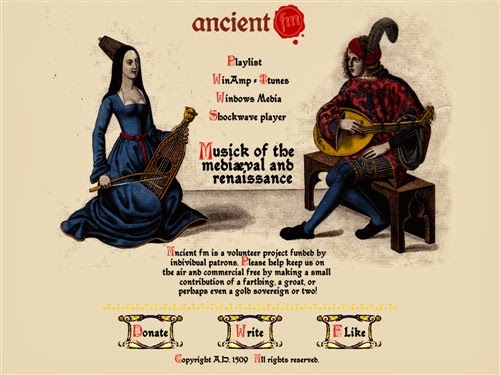 ANCIENTFM is a internet project that stream online Music from the Medieval and Renaissance times. You can hear the music through various players at
at this address: www.ancientfm.com

Unfortunately, except the basic i did not found any other info (Location, name of its creators e.t.c.) concerning this project. In such times with the trash that promoted in the media and anywhere around, such works are more than reccomended. Coming to the website, what i found also very positive is that their playlist consists of 3-4 min. tracks from various albums and artists. Instead of playing  full-length works of one artist each time, something which will make the listener after some hour getting bored or tired. Also the "Playlist" option is quite useful for those who will want more information about the composer of the track. 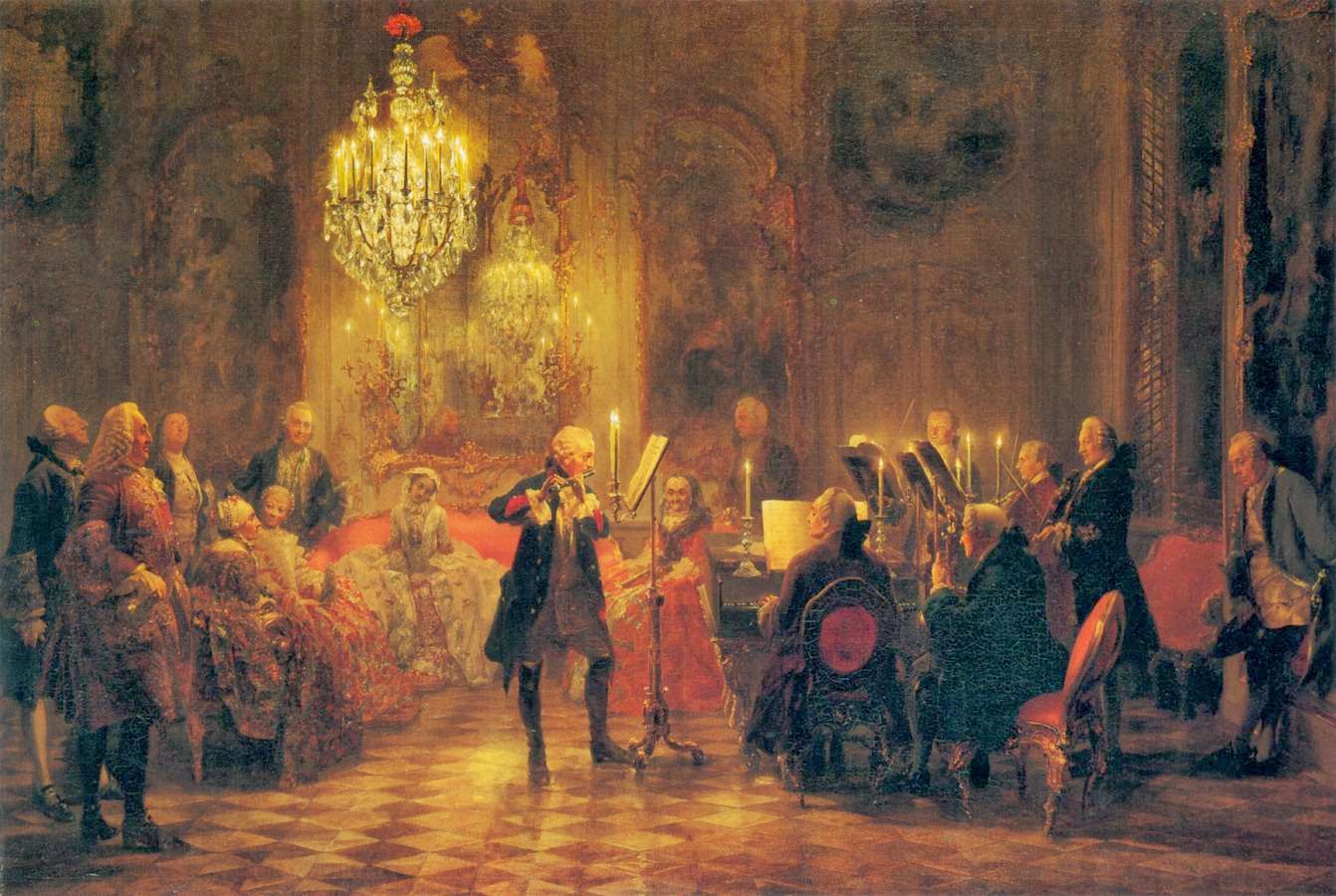 Warriors of The Ancient World 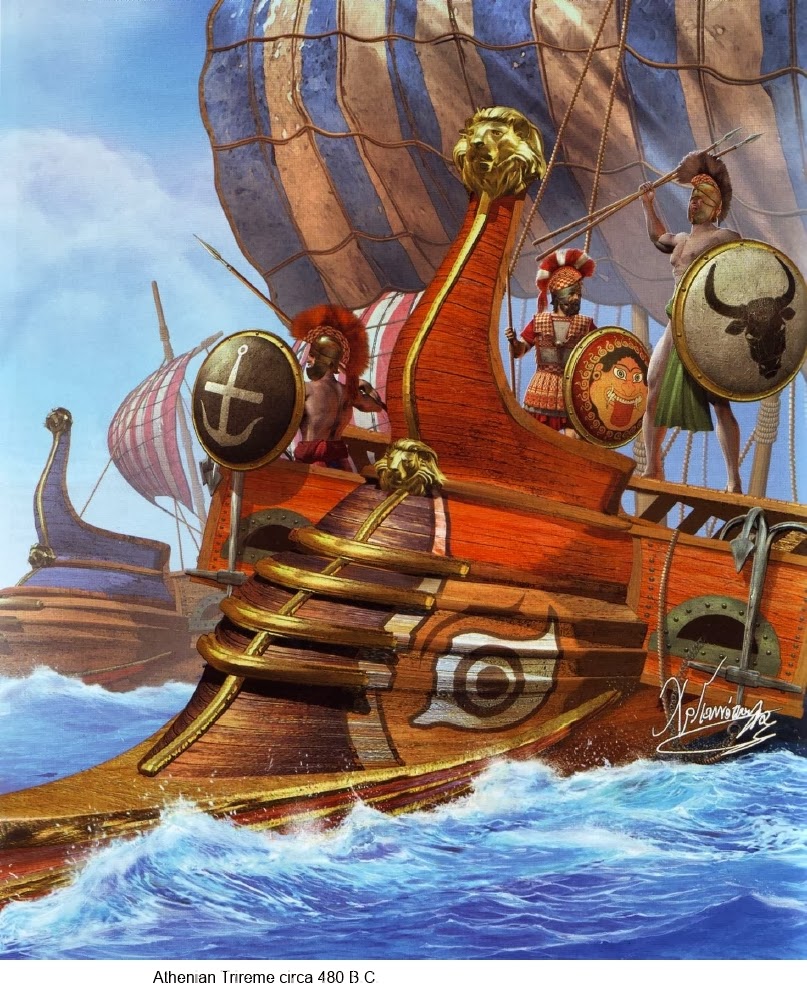 Christos Giannopoulos is an artist that for many years did a lot of work for several Hellenic magazines dealing with military history. His art covers every aspect of war (Battle scenes, soldiers, armoury e.t.c.) and many periods of military history from Ancient times up untill WWII. Obivously he is a very talented artist with profound knowledge on the history and traditions of warfare.
Below i choose few of his works. You can see more HERE
Unfortunately i have not found any official website of Christos Giannopoulos. But if you want to see more of his art just click his name on google. 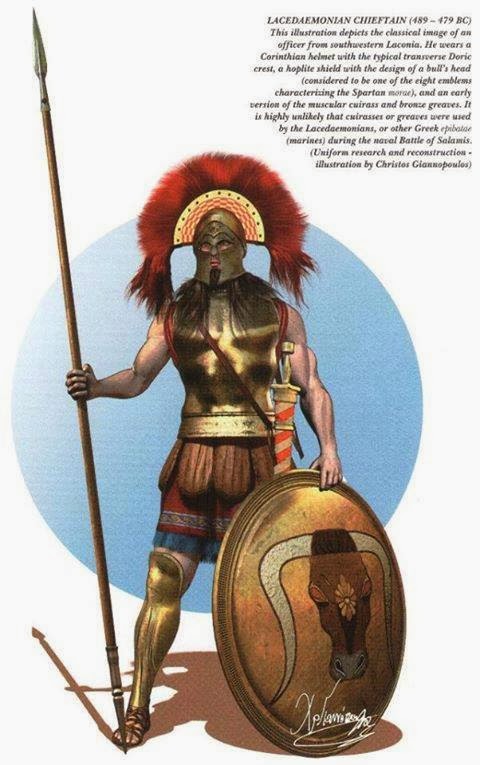 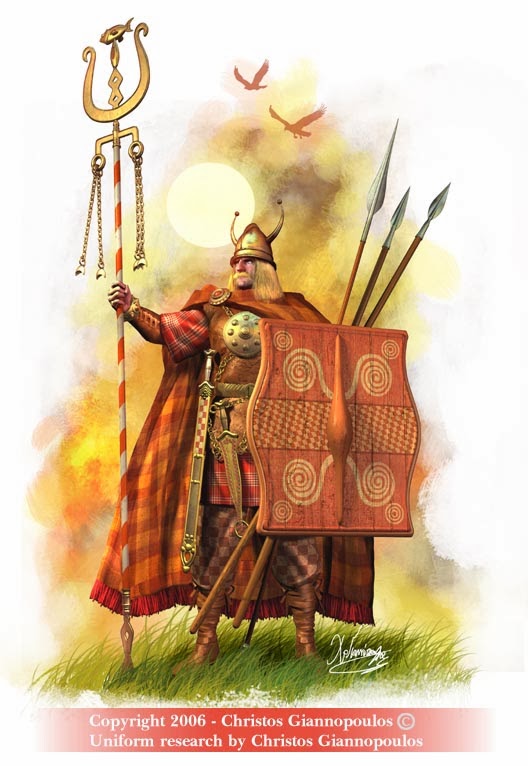 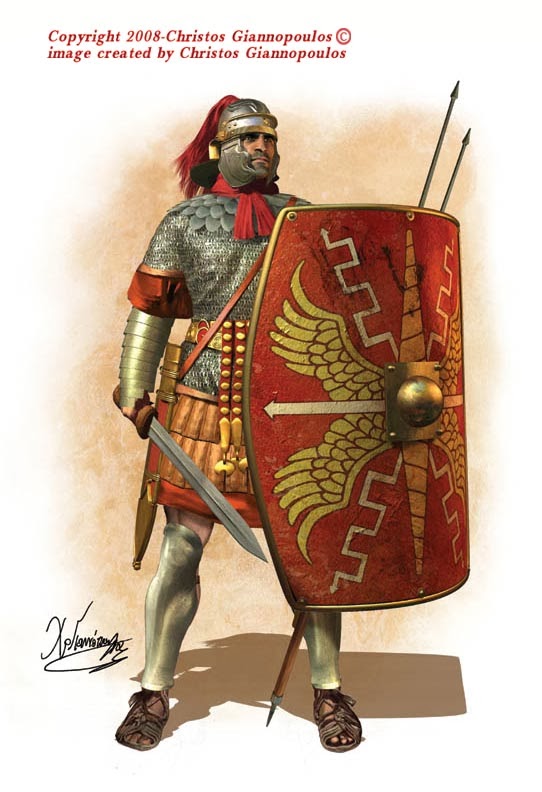 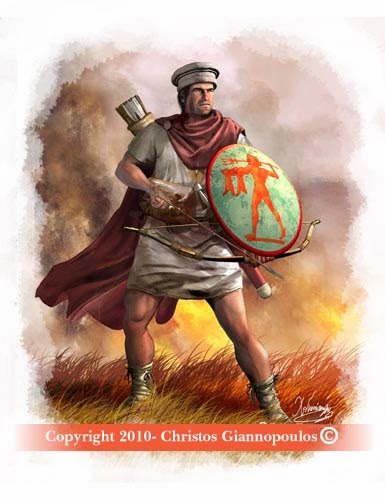 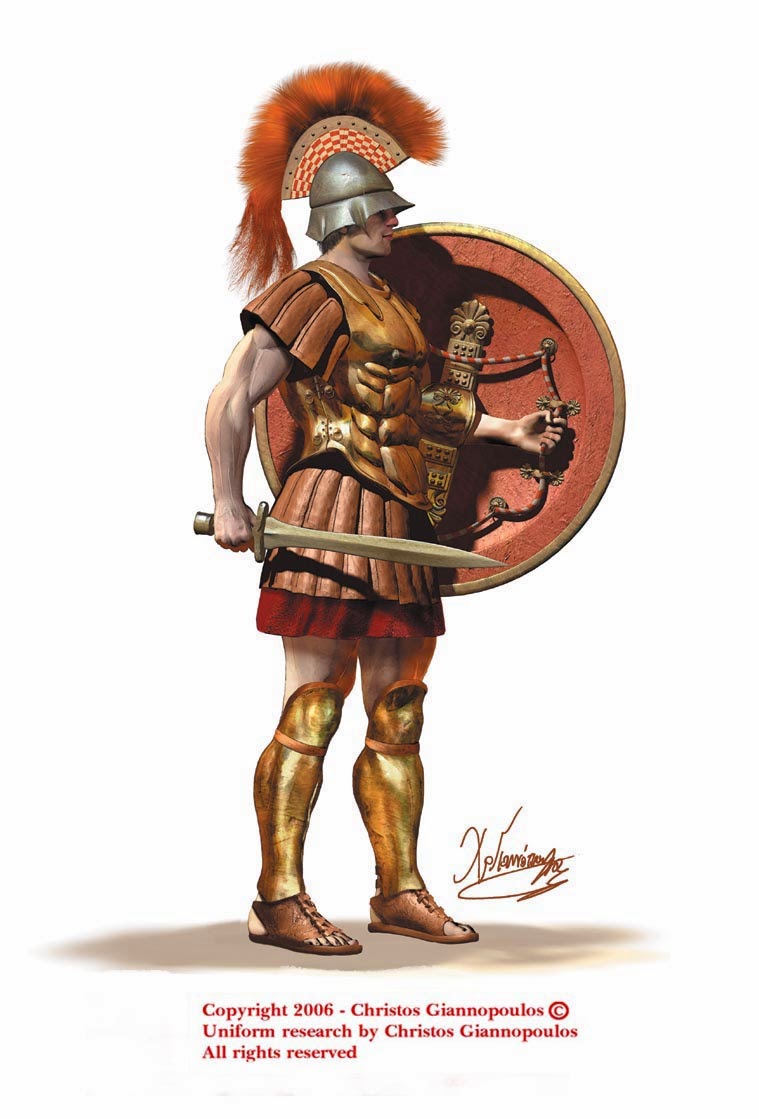 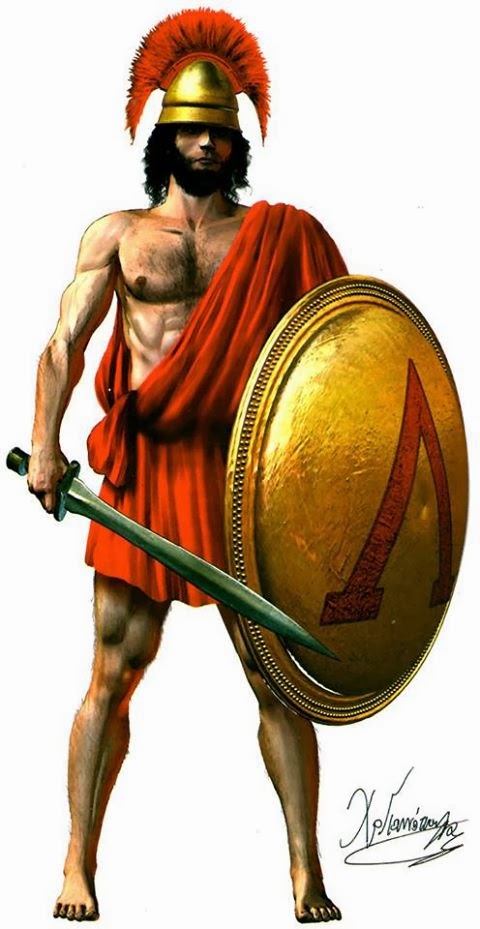 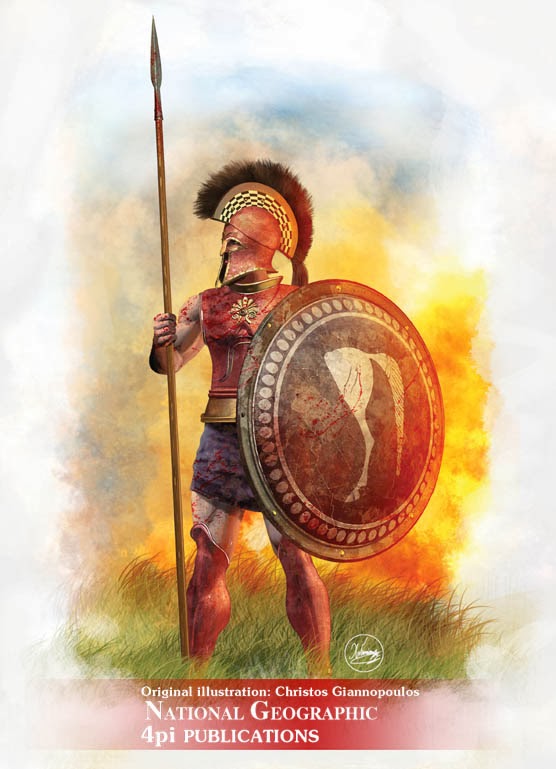 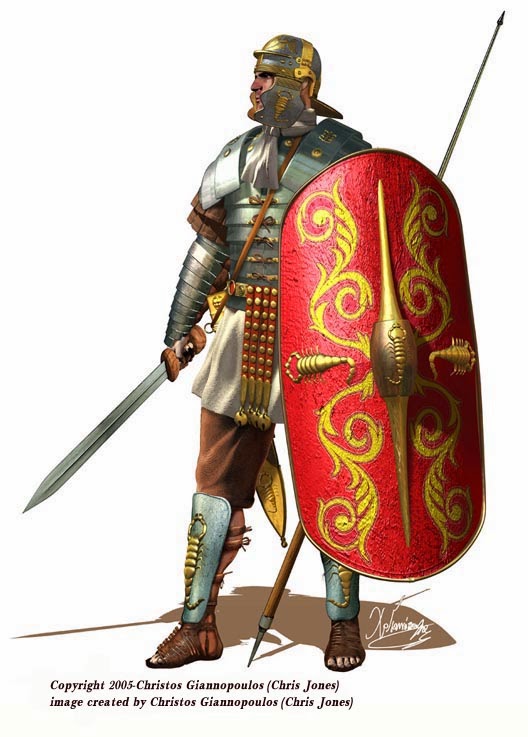 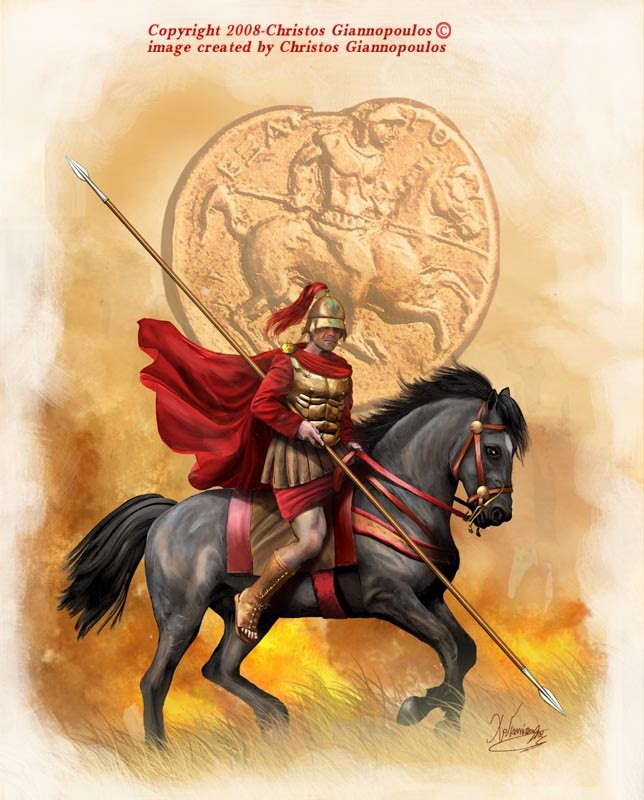 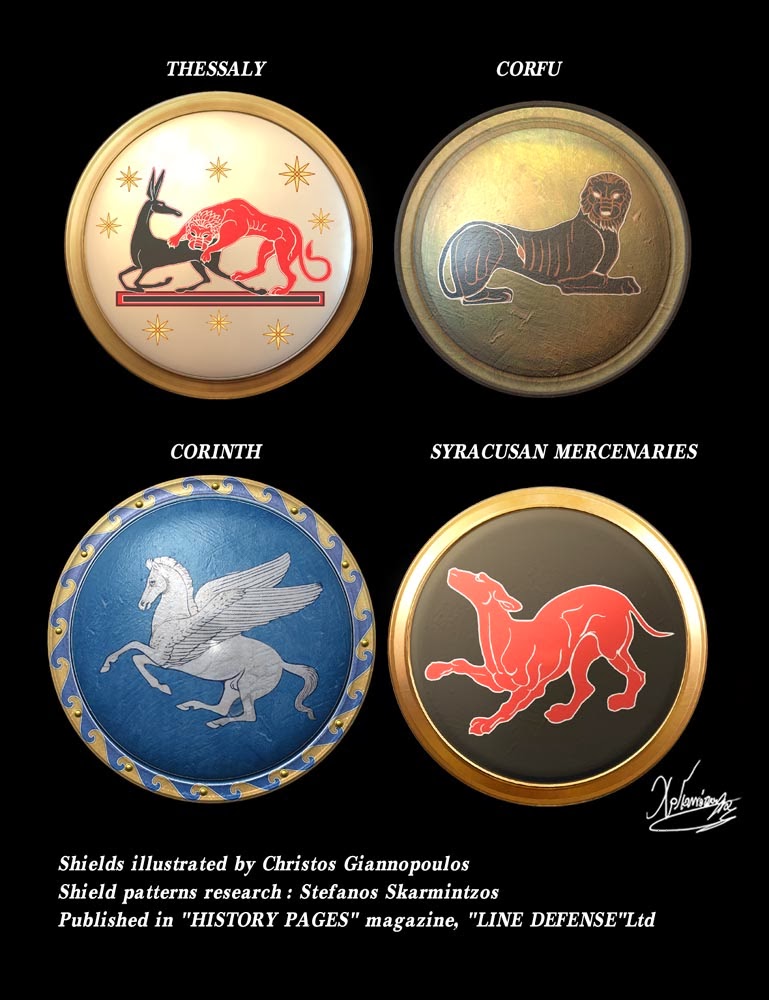 ***Der Stürmer agreed with the newborn Portuguese label LANCEA Productions
for the re-release of our debut "The Blood Calls for W.A.R.!" on LP and CD.
Expect this on early March 2014

*** The first press (500 copies each) of the Der Stürmer EP and Split EP is now sold out!
BREATH OF PESTILENCE is going to do soon one more and final press of 300 copies of each EP.
Also a related Sweatshirt is going to be released in the next weeks.
For more info:
http://users.kymp.net/pestilence/ 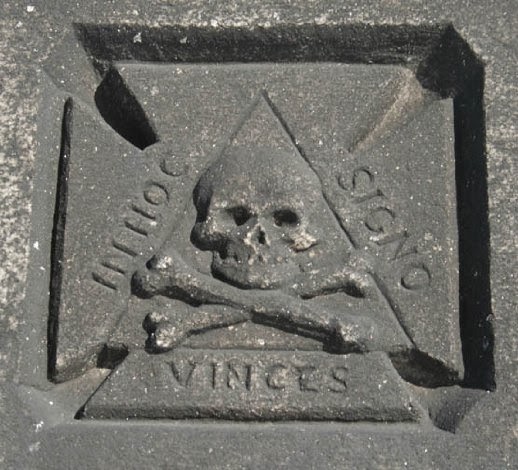