Karl August Krazeisen : A Soldier-Artist in The Hellenic War of Independence 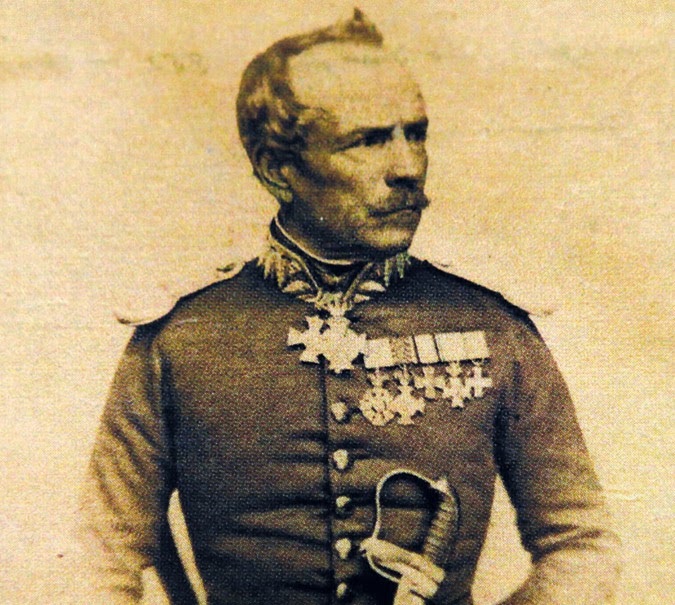 Karl August Krazeisen (1794 - 1878) was one of the many volunteers who took part in Hellenic revolution of 1821 against the Turks and their allies. In Hellas , the volunteers that stand in the side of Hellas are called Philhellenes (Click the word to see more info). What makes Karl A. Krazeisen special is that except an officer , he was also a very good artist. A painter that in the pauses between the battles, he was asking and finally managed to make many portraits from the most known Hellenic warriors and fighters of that time.

Also , here is parts from an interview in a local newspaper that the curator of the National Gallery speak about K.A. Krazeisen and his works during an exhibition that took place in Hellas in 2005.

What are you presenting in the Nafplion exhibition?

The portraits of the 1821 war heroes, lots of portraits of
philhellenes, poets, writers, as well as drafts of ethological scenes
in Aegina and Ambelakia.
Kratzeisen also drew the two new vessels that had been acquired by the
Greek fleet at a difficult time: the frigate Hellas and the steamship
Karteria. The officer himself never signed his works, which means that
had his family not decided to sell them to Greece, we would not have
known who the artist was. His signature appears only on works he drew
in 1931 in Munich. More specifically, Kratzeisen's brother-in-law
offered to sell the works which he had held on to, aware of their
great worth. He was a professor of Romanian descent who decided to
approach [[Nikolaos] Gyzis, who was also a professor in Munich. When
the painter saw the works, he immediately realized that they had to be
acquired by the Greek state.

Are there any portraits of our independence heroes by other artists?

Kratzeisen was the only one who depicted the freedom fighters. The
difference is clear if one sees the works of other artists who had
imagined the war heroes based on related readings. [The freedom
fighters] Odysseus Androutsos, Papaflessas and Marcos Botsaris all
qualify for this category, as they had already died and weren't
depicted by the Bavarian but by other artists who tried to imagine
what they looked like. In his well-known painting «Grateful Greece,»
Gyzis presented a series of freedom fighters based on Kratzeisen's
works, as well as other figures who are the result of his imagination.

What kind of a character was Kratzeisen?

He lived and grew up during the romantic period of liberation
movements. Although we don't know too much about his artistic
education, we do know that he drew all the time. He had also served as
a fashion designer for the Russian army, meaning he designed its
attire. Kratzeisen joined the army, a vocational choice that offered
security, considering that, historically, this was the post-Napoleonic
era. A Bavarian, but also a philhellene, he decided to come to Greece
and fight on the side of the struggling populace. He took off with an
expeditionary force established by the Bavarian leader Ludwig I. The
force's objective was to train Greece's new army. It is certain that
he was intelligent and had grasped that he was living an historic
moment. He must have been on the alert constantly, and both drew and
took part in battles.

The signatures are a sign of authenticity. They also show who was
better educated by the way they signed their names.The signatures also made it to the lithographs, providing historians with information. [Georgios] Karaiskakis, for example, died before
Kratzeisen managed to complete his portrait.In it, one can see that he suffered from tuberculosis and was downcast. But his gaze remained intense and Kratzeisen depicts him
with fiery eyes.

Apart from the drawings, did the Bavarian leave behind any writings?

He didn't leave us any memoirs and didn't keep notes... Kratzeisen's hand does not make mistakes. He had a good eye and talent.
He portrays the individuals, not the battles, knowing that portraits enchant and condense history. 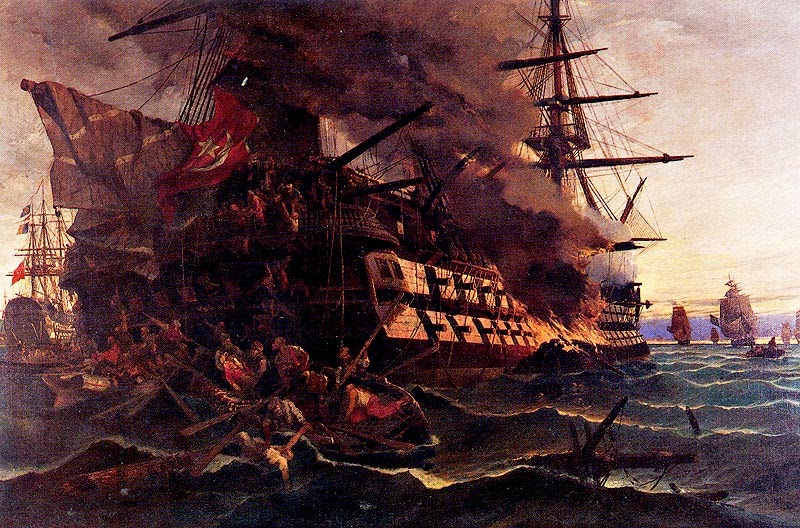 THE DAILY STORMER is in my opinion one of the best and most informative websites around. A good and realible source for news from around the world. Daily updates plus several good historical articles , videos and radio.

Official website:
http://www.dailystormer.com/
Posted by T.K. at 01:39 No comments:

The Knight And Death

Nikos Gatsos is poet and writter with a name quite well-known in Hellas. Even now , before write these words , from a quick view that i had to his biography, i doubt that his works will ever be of any intrest to me.
However, some months ago i found a poem , that when i saw that it is signed by him , i was wondering if its the same person or just a synonym. I found this poem great as it is based and inspired by
Albrecht Dürer`s famous painting RITTER TOD UND TEUFEL. Amidst the miserable, grey and utterly boring poetry of post-WW2 writters. This poem is for sure an exception.

Also, after the poem i added notes to some references that the readers outside Hellas might not understand. Just so, I see you motionless
traveling through the years with the horse of Akritas(1) and the lance of Ai-Giorgi(2)
I would put beside you
with the dark shapes that stand eternally beside you
until a place where you are extinguished eternally with them
until you become a fire in the great Chance where you were born
I would put beside you
an orange from the snow-covered fields of the moon
I would unfold for you the veil of an evening
with red Antares(3) singing of the young men
with the River of Sky overflowing into August
to weep with the North Star and freeze
I would spread out meadows
waters that never watered the lilies of Germany
and I would ornament the iron you wear
with a sprig of basil and a handful of mint
with the arms of Plapoutas(4) and the sword of Nikitaras(5)
But I, who saw your descendants like birds
split open on a spring day the sky of my country
and I saw the cypress trees of the Morea(6) stop breathing
there on the fields of Nauplion(7)
before the waiting embrace of the wounded sea
where the eons wrestled with the crosses of gallantry
I would place now beside you
the bitter eyes of a youth
and the closed eyelids
in the mud and the blood of Holland.

But you will remain motionless
with the horse of Akritas and the lance of Ai-Georgi you will travel through the years
a restless hunter from the race of heroes
with those dark shapes that stand eternally beside you
until a day when you will vanish eternally with them
until you become again a fire in the great Chance where you were born
until in the caves of the river
the heavy hammers of patience resound again
not for ornaments and swords
but for pruning hooks and plows.

NOTES
1. Akritas. Soldier belong in a military class responsible for guarding the borders of the empire during the Byzantine times

4. Plapoutas. Greek hero of the revolution against the Turks in 1821

6. Morea. The name in the middle ages of Peloponnese. Region in South Hellas.

7. Nauplion. Historical city in South Hellas. The first capital of Hellas after the revolution of 1821. 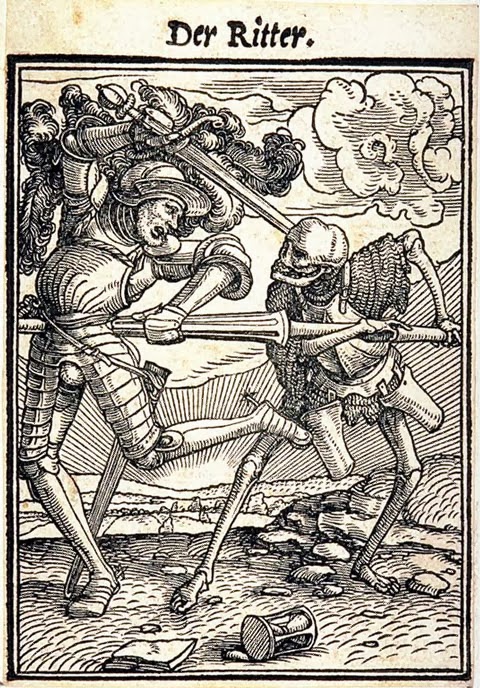 COUNTESS New Album to Be Released in the 9th of April 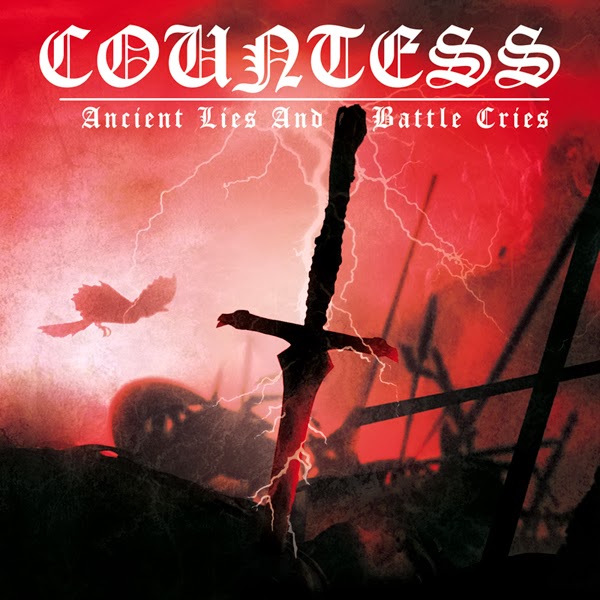 "Ancient Lies And Battle Cries", the band's fourteenth full-length, features ten tracks of uncompromising METAL, blending first wave Black Metal and traditional Heavy Metal in a way only COUNTESS can. The result of almost three years of writing and recording, 'Ancient Lies' will surely satisfy all those who long for the days when Black Metal was still METAL.

Fans can get a first taste of the new record as of today. A video has been released for the song 'Call Of The Ancient Pantheon' through the band's official YT channel:


The album's full track list:
1. Battle Sky
2. Call Of The Ancient Pantheon
3. By Hammer And Blood
4. Vengeance Of The Slain
5. Beneath The Eye Of Wisdom
6. Confessions Of A Polytheist
7. Pray For The Cult
8. Cursed Seed Of Aten
9. Burn The Throne
10. The Last Temple

How Democracy Will End