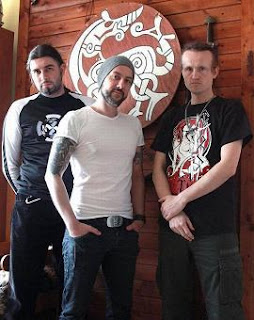 (A gay-friendly Robert Fudali. Here in a photo with Adam Darski)

I suppose every viewer of this blog know the Polish band GRAVELAND. Up untill now, to the mind of most Black Metal listeners the name of Graveland is strongly associated with Pagan Racialism and Underground uncompomising spirit. But not anymore!
(In reality Fudali has nothing to do with such "extreme" ideas. In the old true underground days responsible for this in Graveland was Capricornus & Karcharoth. The attitude and ideas of these two persons shaped Graveland. Fudali just followed...)

Its been some months now since the latest incidents that took place in Poland. Graveland organized some gigs and antifa wanted to cancel them. The usual old story. Because of this Rob Darken issued an official statement about where Graveland stands for these days. Even to last few (i`m talking here to persons with dignity and self-respect not blind followers and other sheep) who were naive enough to still consider Graveland as some sort of "fighters with true ideals" this statement leave no room for similar further "misunderstandings".


Graveland today are nothing but an Anti-racist/Anti-fascist band that openly promote multiculturalism,  pro-zionism and a modern form of harmless cosmopolitan "paganism" far away from the true ideals of European heritage.
By still continuing supporting this band, buying his releases and merch you now know what "cause" you support. Keep that in mind.


The following statement and photo are posted by Robert Fudali himself on his personal facebook  account on 15th of April 2016. 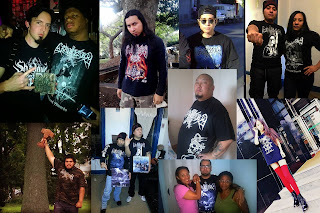 "For many years all over the world arrives fans Graveland
They come among others from countries in which it would seem, the metal is not very popular, such as China, Mongolia, Israel, Iran, Turkey, Burma, Mexico, Bolivia, Chile, India. Wherever reaches Metal Graveland gaining fans and recognition of authentic, not artificially created by commercial studios.

They listen to Graveland, seeing in him the values ??that really appreciate, because not only see them as valuable qualities for themselves, but for the fact that they are universal!
I am glad that through music Graveland someone living in Mexico interested in their indigenous beliefs associated with the Aztecs, that someone who lives in China and Mongolia under the influence of music Graveland reaches for his sword, constructs his first armor, expands knowledge of historical and archaeological interest of his country, enters or assumes a reconstructive.
That someone who lives in Iran, in spite of the fear of reprisals is interested in the ancient knowledge and beliefs of the Persians. Once I had contact with a boy from Burma who to get the plate Graveland have to cross borders illegally. I sent him a plate to Thailand given by his friend's address. T-shirts and sweatshirts Graveland buy eg. The fans of Israel.
This is because someone who really listens to Graveland, becoming a fan and lover begins simply understood Graveland creativity.

Because I think that everyone, regardless of skin color, creed, or political opinion. If listens and supports Graveland. He is my friend and Graveland! And it will always be, no matter what political option will want to censor or manipulate the works of Graveland!

Graveland values ??are universal, because for many years I am fascinated with the culture warrior, which is a feature of many cultures and civilizations throughout the earth.
My fascination and inspiration old ancient beliefs, also lost civilizations, have a huge impact on the image of Graveland in its musical form and content of the texts.
These are the values ??that create the epic nature of Graveland. It is the way we Graveland many years supply, which many people in the world understands perfectly!

I do not like some people who are struggling to Graveland associate with the flow NSBM, because they believe that the values ??that guided the Graveland are politically incorrect!
For many years, they have certain influence as it receives the Graveland in the world. They try to attach the label Graveland NSBM. Repeat like a mantra epithets at me that I am a Nazi, racist, etc. Materials propagated by these people are permeated with hatred! They wear special features of intolerance. Sometimes they take the form of outright absurd! For them the proof that you're a Nazi, you may even be a joint photo with someone whom they oppress.

Censorship is a symbol regimes. I abhor censorship and the people who are part of it. I remember the times of communism in Poland, and as the time runs censorship. As an attempt to limit our freedom and prevent the liberation of revolutionary thought which led the Polish nation for freedom! Organizations that today are trying to censor Graveland and many other metal bands are exactly the same, from what supposedly want to defend! Apparatus of repression and censorship regime dictatorship!

Graveland once played Black Metal. I was under the influence of uncompromising rebel trend in metal. In those days produced such albums as "Celtic Winter" or "Following the Voice of Blood". These albums were the then rebellious voice of Black Metal underground, which resulted in countries with weak democracies, they have been banned.
Today the agenda of censorship are trying to mainly use against Graveland arguments related to the history of Black Metal Graveland. They focus on ancient history Graveland, where it is easy to concoct their arguments against me. It shows, for example. Photos of the band Honor signing them as Graveland! This is not censorship but even ordinary hideous political propaganda! Censorship begins propagandize! Is it just me, but if the world really begins to resemble "1984" Orwell! 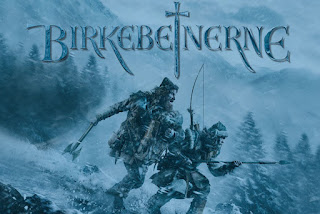 "In the year 1206 Norway is raged by civil war. The King's illegitimate infant son, Håkon Håkonsson, which half the kingdom wants killed off, is guarded in secrecy by two men. A story which changed the course of the country's history." 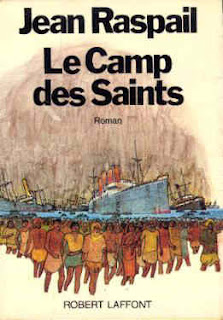 What a novel written in 1973 had to do with the recent happenings in Nice?
Lets find it out...

Here is the story behind the novel Le Camp Des Saints:


"The Camp of the Saints (Le Camp des Saints) is a 1973 French apocalyptic novel by Jean Raspail. The novel depicts a setting wherein Third World mass immigration to France and the West leads to the destruction of Western civilization....."

Take notice of this detail in the plot:

An Indian "wise man" then rallies the masses to make an exodus to live in Europe. Most of the story centers on the French Riviera, where almost no one remains except for the military and a few civilians, including a retired professor who has been watching the huge fleet of run-down freighters approaching the French coast.

Nice and Promenade des Anglais are not a part of the French Riviera?
A really remarkable coincidence!

Previous Related Post:
The Sponsors of The French Friday and 13th

An intresting Youtube Channel which as it seems doesn`t share with the current establishment the same views on "diversity" and other "sensitive" topics....
https://www.youtube.com/c/blackpigeonspeaks/videos