Heinrich Himmler - The Decent One 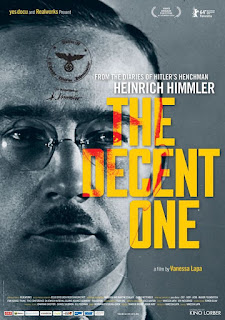 "Henrich Himmler - The Decent One" is documentary based on Himmler`s diary entries and letters. As far as i can judge myself, most of the references looks real. Actually you`ll be suprized of how good this jewish (they say its "German-Austrian-Israeli" production. This to me match an 100% kosher product) documentary is. Very very similar with the 2005 documentary The Goebbels Experiment. 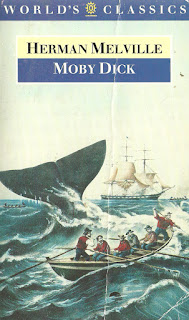 Melville was, at the core, a mystic and an idealist.
Perhaps, so am I.
And he stuck to his ideal guns.
I abandon mine.
He was a mystic who raved because the old ideal guns shot havoc. The guns of  the “noble spirit.” Of “ideal love.”
I say, let the old guns rot.
Get new ones, and shoot straight.
D.H. Lawrence

MOBY-DICK is the now famous novel of Herman Melville. An outstanding masterpiece influenced by the movement of Romanticism.
It was written in 1851 and at the time it was published its sales was really low and going lower with every year that passed, untill it was almost forgotten. 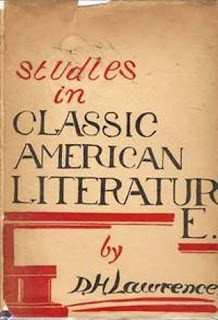 It was 1923 when it was published a book by English writter D.H.Lawrence titled "Studies in Classic American Literature". One of its chapters was dedicated to Herman Melville and his whale.

And he is hunted, hunted, hunted by the maniacal fanaticism of our white mental consciousness. We want to hunt him down. To subject him to our will. And in this maniacal conscious hunt of ourselves we get dark races and pale to help us, red, yellow, and black, east and west, Quaker and fireworshipper, we get them all to help us in this ghastly maniacal hunt which is our doom and our suicide." 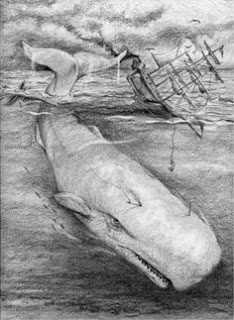 In between 1851 and 1923 Moby-Dick fell into obcurity and an almost complete oblivion. Less is know today that it was the chapter of Lawrence that rekindled the spark and pushed towards the aknowledgement of Moby-Dick as a classic piece in literature. As for Herman Melville. He had exactly the same fate as almost every big writer out and beyond of its time. He did not lived to see with his own eyes the huge success of his work and its worldwide recognition. 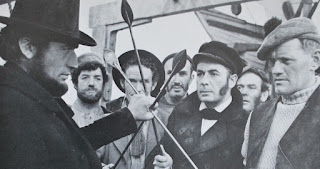 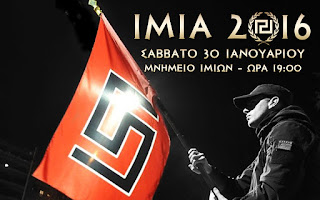