SATANACHIST "Crown of The Black Sun" Debut Demo Coming in 2013

Puritans - Figures From The Old Testament 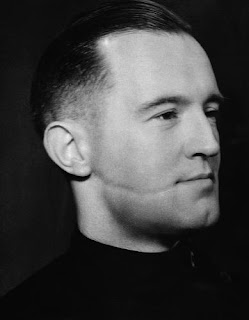 "The Tudor despotism had been established in 1485 because trade would have been impossible without firm government and also because the whole country was sick of perennial brawling amongst the remnants of the old aristocracy. No sooner, however, had this autocracy, this dictatorship, brought prosperity to the English people than a movement started to depose it. Nothing in the world could be more natural than that the merchant princes, fattened with the spoils of the New World, should object to paying taxes—and heavy taxes at that—to the throne from which their success had been derived. So early in English history did there appear the sinister tendency to regard money and power as synonymous. Now this new plutocracy was enthusiastically supported by the Puritans. These earnest, if fanatical, extremists had undoubted grievances. They were certainly forbidden to practice their religion. They were, in many cases, persecuted with the intolerance of the age, just as were the Roman Catholics. These Puritans, however, had drunk all too deeply of Jewish philosophy. They were not content to read the Old Testament. They must needs identify themselves with the figures in it. They called themselves by such names as “Hew-Agag-In-Pieces-Before-The-Lord.” Ben Jonson was hardly exaggerating when he called his Puritans Tribulation Wholesome and Zeal-in-the-Land. Certainly the materialism of the Jews, as exposed in the Old Testament, had bitten deeply into their souls: for with all their psalms and all their hymns, they soon began to make money hand over fist. By some rather obscure process, they gradually insinuated themselves into the merchant classes, perhaps because their religion allowed them no vice except that of loving money. If their entry into the plutocracy is not easy to explain, there is no difficulty in explaining why so many merchants became Puritans. The reason was that it sounded much more dignified to protest against the Crown in defense of religious liberty than in attempted evasion of taxes."

Taken from "Twilight Over England"

ForeBears -- A Film by Marie CACHET and Varg VIKERNES (Trailer)

"Here is the trailer for the film ForeBears by Marie CACHET and Varg VIKERNES.

It will be available on DVD on Amazon in March 2013"
http://mariecachet.wordpress.com/
http://www.burzum.org/ 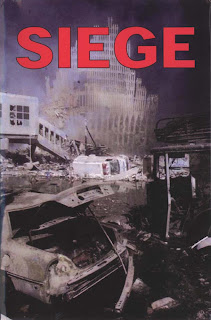