Oscar Schilder is another modern times "hero", sanctified by the hollywood jewry in the famous film "Schindler`s List". Recently there has been a huge controversy because some (we know who) want to turn his factory into a kind of museum. You see the holocaust industry is a quite profitable activity but as it seems it needs to add some new sight-seeing. 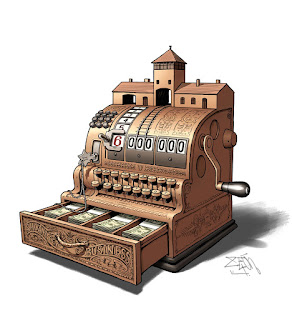 However, in the place that the factory is located, this plan met an opposition as the local population (who knows beter than hollywood wants you to believe) has a different opinion on Oscar Schindler.

More info on this article HERE

"Jaroslav Novak is also head of the Shoah and Oskar Schindler Memorial Endowment Memorial Foundation which is bidding to convert it into a museum.
But he is being met with staunch opposition because many locals in the tiny Bohemian village of Brněnec in Czech Republic think of Schindler - immortalised in Steven Spielberg's 1993 film - as a crook synonymous with gambling, womanising and heavy drinking."

"I have been fighting for this for 20 years. But people are just not interested in it."

"And despite Mr Novak, who is a native of the nearby town of Svitavy where Schindler was born, being close to persuading the Czech culture ministry to put a protection notice on the factory, perhaps the biggest issue he is facing is converting some of the locals."

"Such is the opposition in the area, the present owner refuses to allow the house in which Schindler was born to be adorned with a plaque and a memorial in a park across the street was defaced with a swastika just days after its unveiling in 1994. " 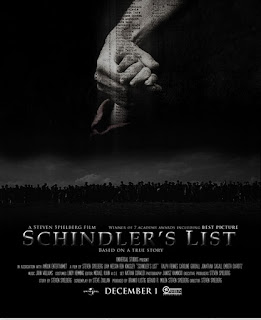 And now something that not many has noticed. "Schindler`s list" the book that the film that "based on true story",  won the LOS ANGELES TIMES award in category "FICTION" 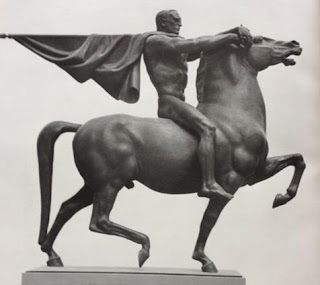 "Strength is the morality of the man who stand out from the rest, and it is mine"

"Such men alone are my readers, my proper readers, my preordained readers. Of what account are the rest? The rest are simply....humanity. One must be superior to humanity in power, in loftiness of soul - in contempt"

Friedrich Wilhelm Nietzsche
Posted by T.K. at 02:41 No comments:

Steel Romanticism in The Steel Rose

On the 24th of January 2016, celebrating the 110 years from Robert E. Howard`s birth, STEEL ROSE hosted two members of DREADFUL RELIC, Commando Wolf & Hjarulv Henker.
Discussing themes such as the Metal upbringing in Hellas during the late '80s & early '90s, the introduction to the Black Metal Cult and the early days of the Hellenic scene, the birth and the musical/lyrical influences of DREADFUL RELIC, Heroic and Horror Fantasy literature, Romanticism and Traditionalism vs Modernity and more! 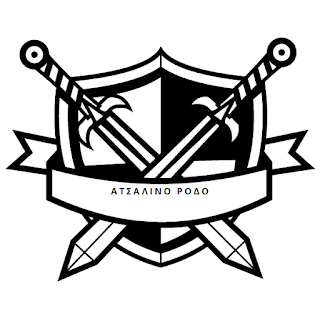