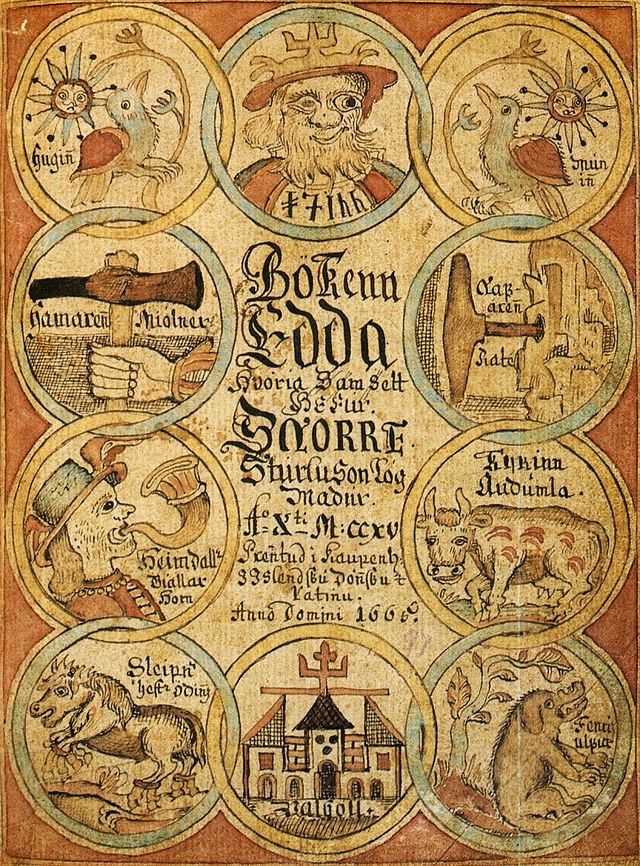 "In a bleak and cold winter night, the old Viking chieftain Snorri writes the Sagas of the Nordic Gods. It's 1241 in the young Commonwealth of Iceland, a time of much chaos and political turmoil. Snorri knows his days are numbered, and attempts to fight his mortality with his one timeless gift: words.
The film depicts the imagined final moments of a man that left an insurmountable literary legacy to his country, while struggling to come to terms with his own personal loss and position in life.
The End of Gods is marred with dark omens, mystery and death, but also hope and renewal through the love and devotion Snorri demonstrates for his work--that which continues to pass the test of time."
Directed by - Hlynur Magnússon

The Stone Eagle of The Alps 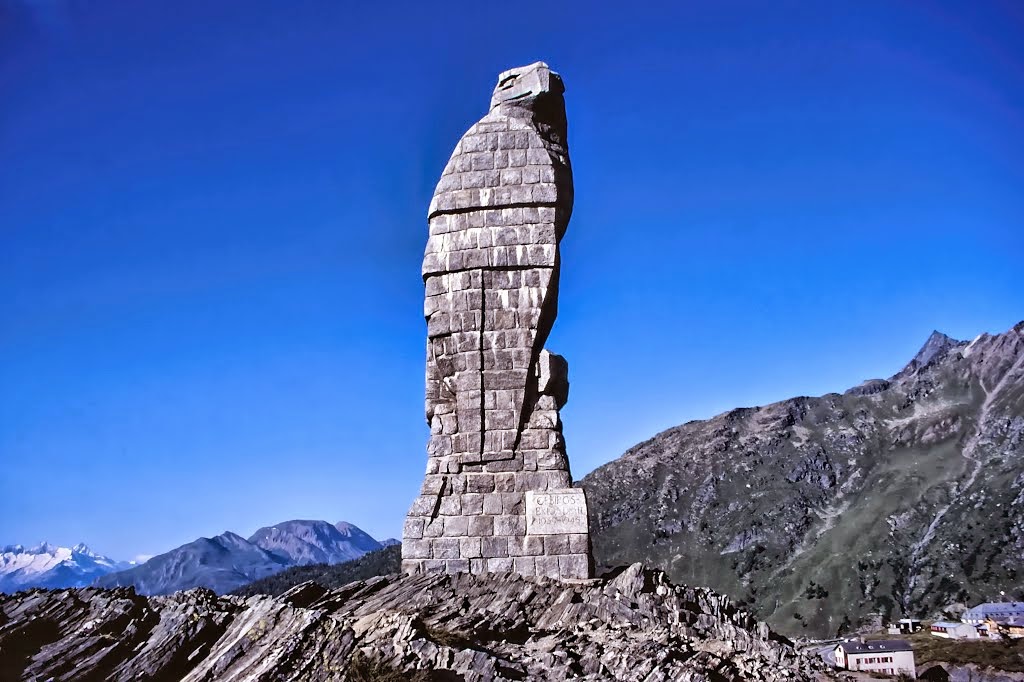 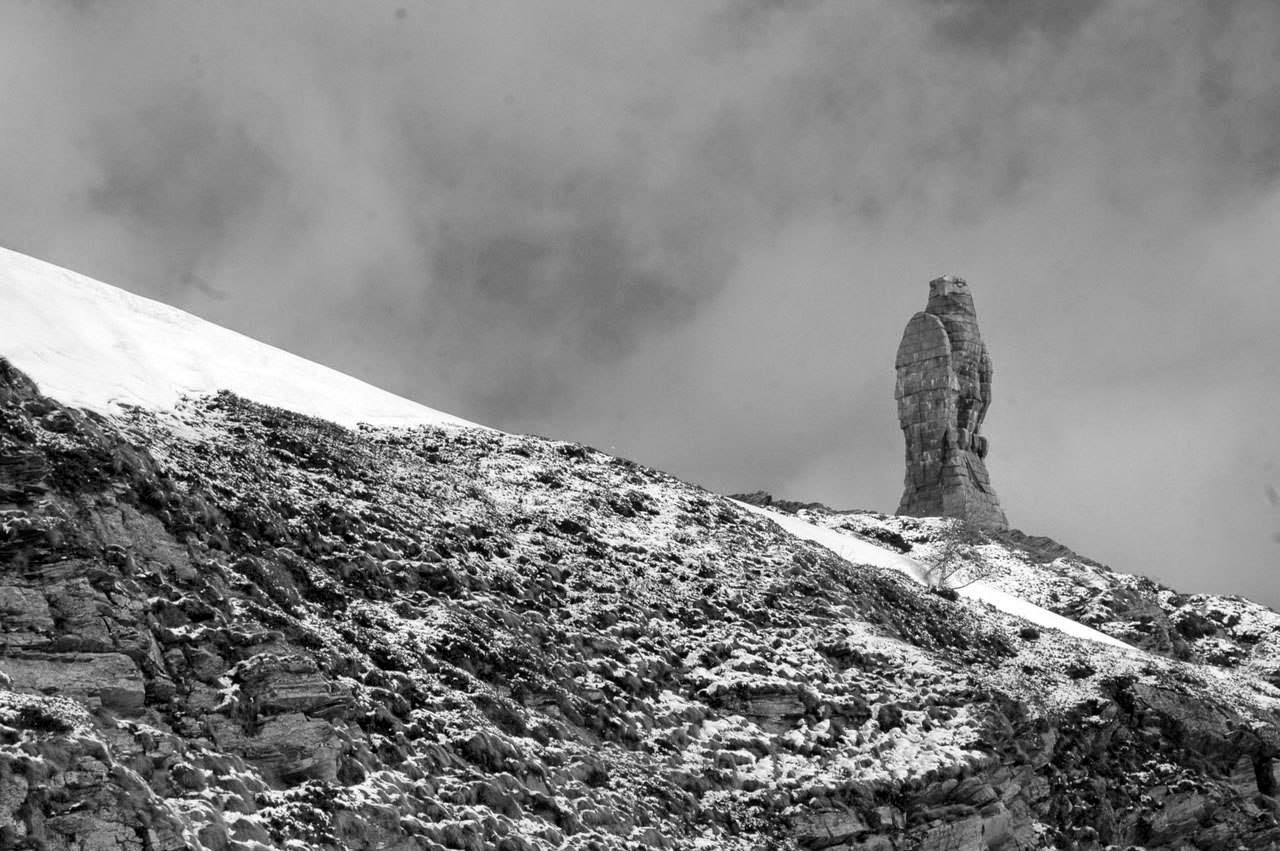 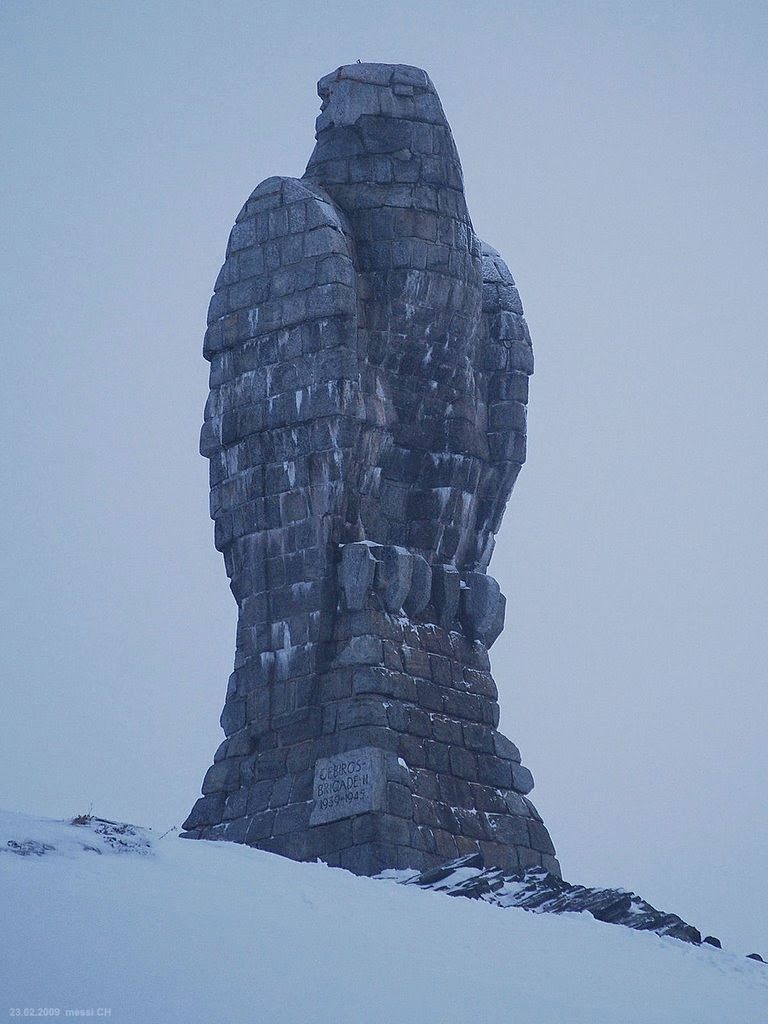 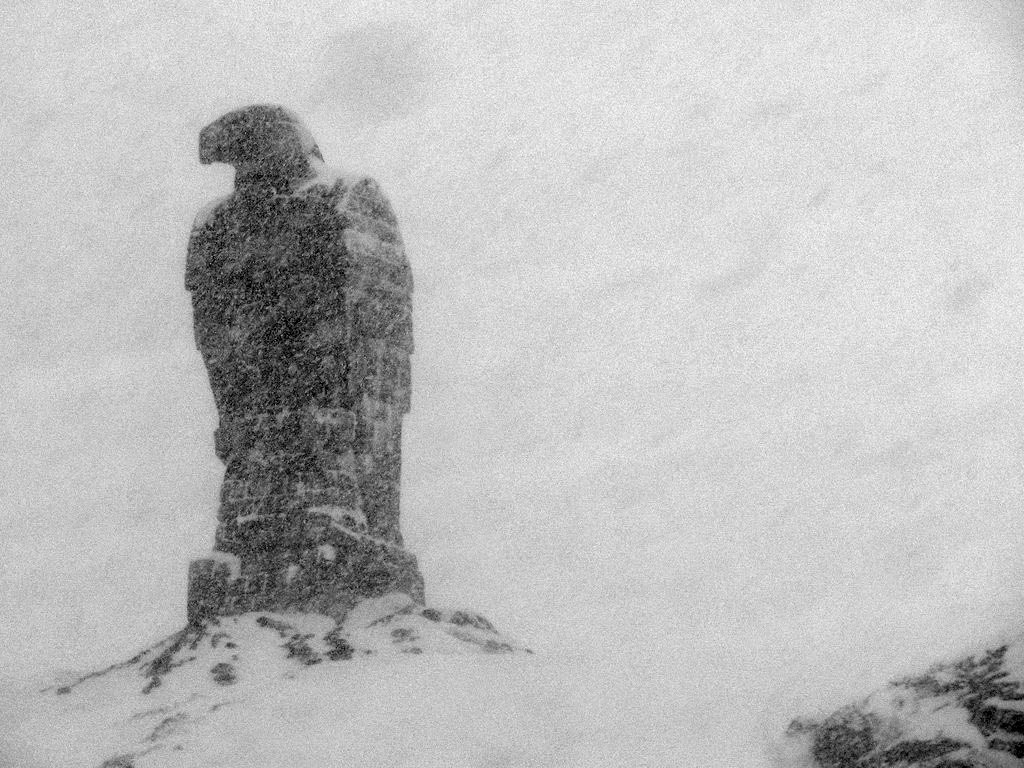 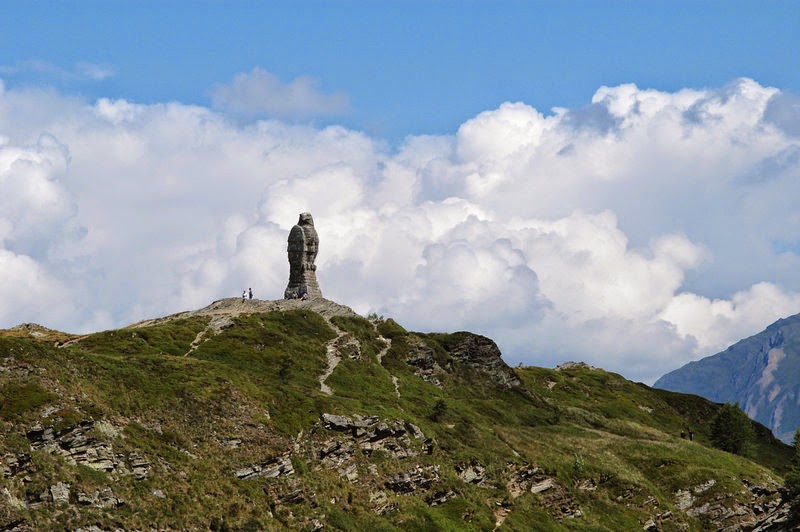 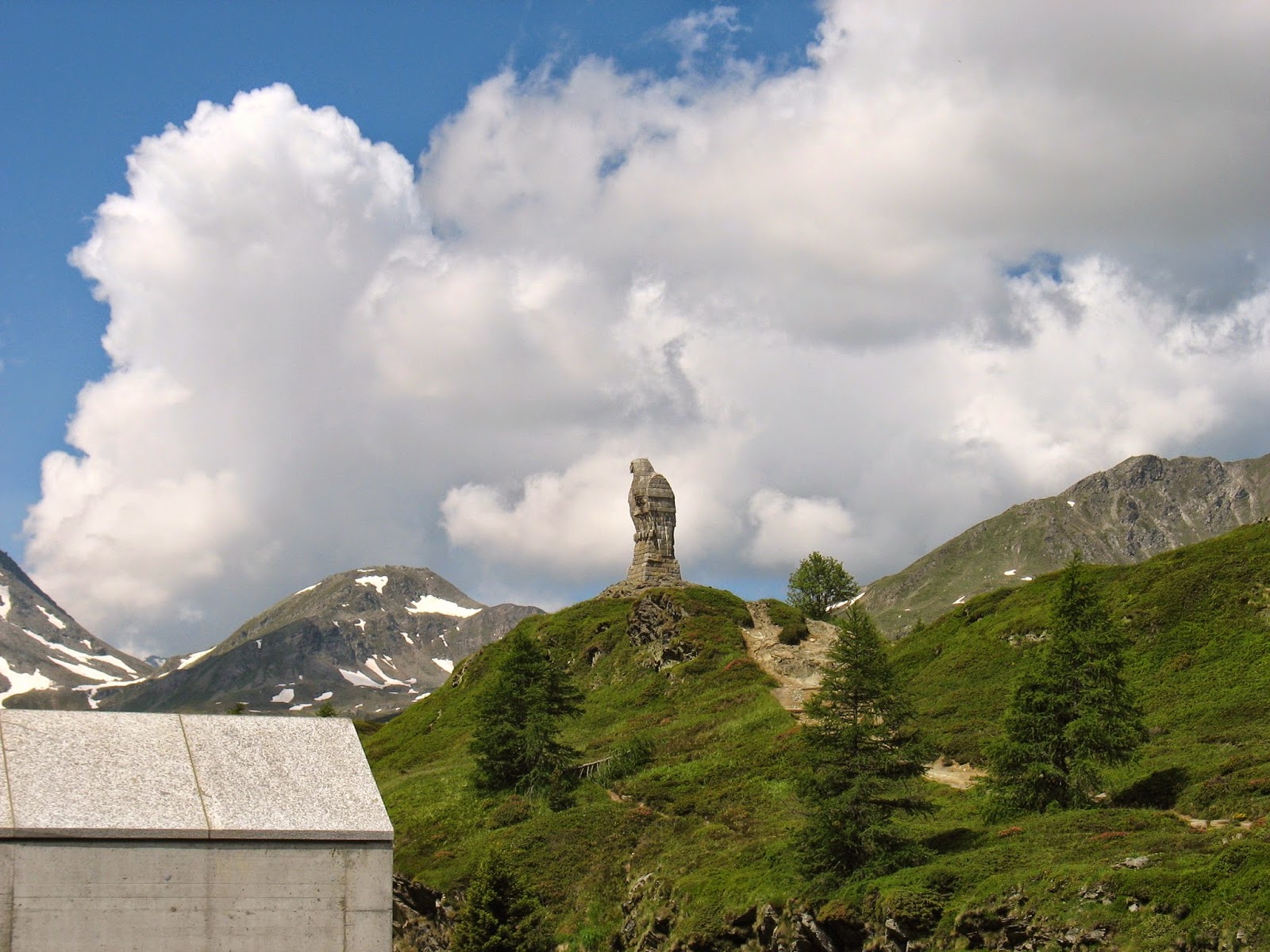 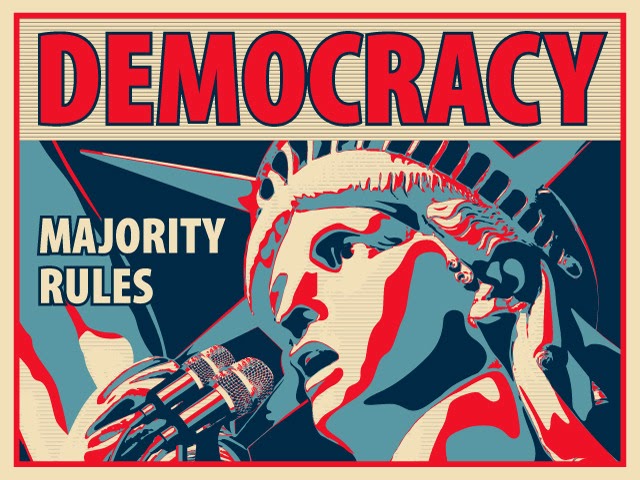 Democracy , was always a "constitution" ,  a form of governance expressing and encouraging the worst in man, which is: The "soul" of the herd , the "will" of masses and the proletarian
"spirit" against any Aristocratic (With the Platonic meaning of the word) and Noble leading of a Nation-Race. Wherever this vile abomination imposed , the plebeian (In spirit and way of life) rabble, guided by
a minority of sycophants, usually plutocratic, and their lapdogs stood against everything and anyone naturally selected to take a Nation-Race to the most highest points of its earthly (And even beyond) existence. Up untill our days these pigs, always outnumbered , prevail. But as we know, in nature nothing is forever...

House of Cards is a series that i have yet to check. The following scene sums up perfectly what democracy is. There is also another good video from this series HERE , but i choose this one as i think this is the most direct way to describe the modern politics that dominate our Europe today.

Previous Related Posts:
How Democracy Will End
Democracy - The Offspring of Corruption

An Overpopulated World Rushes to its End 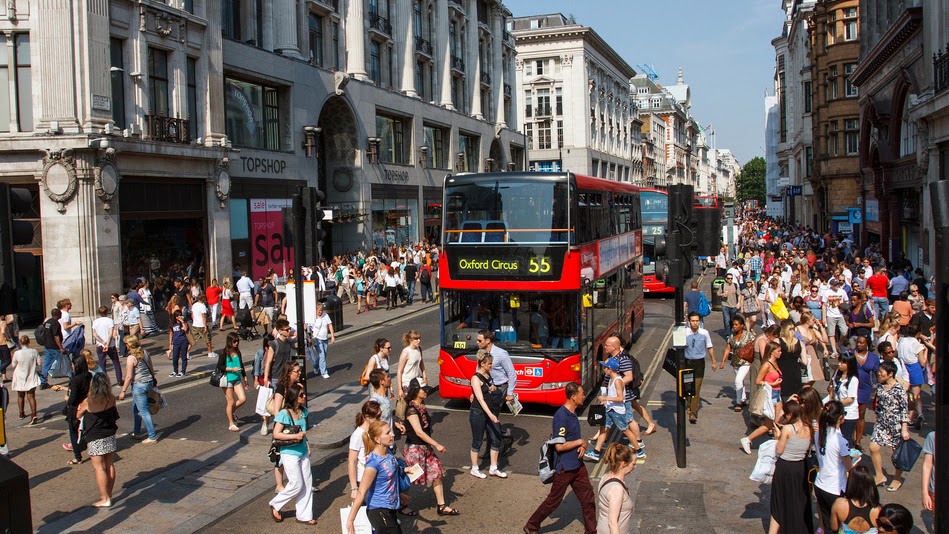 The world is sinking into a morass of human waste as millions of unnecassary lives come into being each year, adding to Mutter Erde's burden. It is ironic that in the 'west' governments dictate to the native populations that they should live within their means and only produce children which they can afford. This is sound advice, however it is hypocritical advice as these very same governments then squander billions of pounds on third world countries (many of which can afford both conventional and nuclear weaponry) to feed these useless eaters, thus encouraging further breeding. 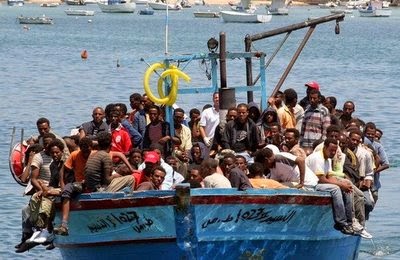 This is a deliberate policy which is aimed at destabalising western countries. These very same useless eaters whose native countries cannot support them then flock to European countries with generous welfare systems to leech upon the largesse of tax payers and thus create a larger pool of cheap labour (both 'legal' and illegal) for employers, thus reducing even further the living standards of the indigenous populations. In the meantime western governments show themselves as either inept or unwilling to address this problem. The truth of the matter is that national governments along with the European Union are acting in collusion with big business and world government organisations to maintain this chaotic state of affairs. The result is an inceasingly impoverished native European population who are reduced to the status of serfs for the New World Order. 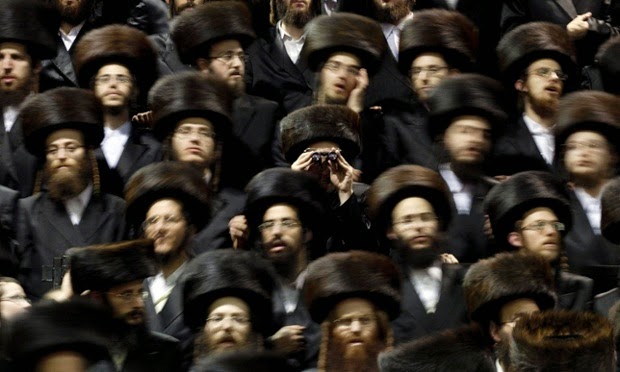 This state of affairs cannot continue and will result in dire calamity for either indigenous Europeans or violent revolution and overthrow of the New World Order. We have seen the growth of 'far right' movements, both political parties and street activism in recent years and the end result will be the overthrow of the decaying and rotten current world order. In the power vacuum that is left only the strong will survive. Natural eugenics and biological determinism will dominate the coming world as our sacred lands will flush out the alien invaders.

In the future the struggle will not be for just oil and gas reserves as it is at the moment but for the most basic necessity of life-WATER! The country that is entirely self-sufficient for water, oil, gas and food will be strong and the master of the others but must be aware that it must defend such resources from those who lack them. This is part of the geopolitical power struggle that we see today between the decaying and increasingly deracinated 'west' whose leader is himself a mulatto and the fairly traditional Eurasian east, led by Russia. 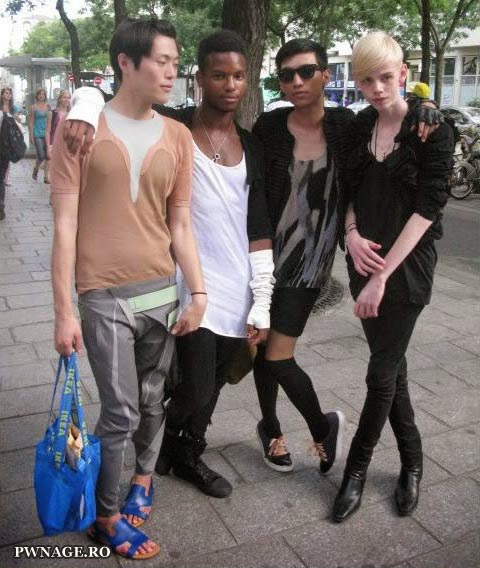 The homosexual and the mulatto are seen today in the 'west' as being the ideal human type. "One world", they cry, "one race" and "one sex". This is the vile and poisonous ideology which is masqueraded today as "British values" or "human ethical standards". Well, we reject them! Those countries who do not subscribe to these 'liberal' values find that their 'aid' is suddenly cut off, showing us in stark terms what the real motivation behind world figures such as Cameron and Obama truly is.

Ancient Aryan prophecies warn that racial miscegenation, homosexuality and gender confusion are signs of the current final age in this cycle, the Kali Yuga, the Wolf Age.

Der Starke von Oben, the Third Sargon, the Kalki Avatar, Wid-ar the avenger will come and arrest and reverse this decay. Watch! Wait! 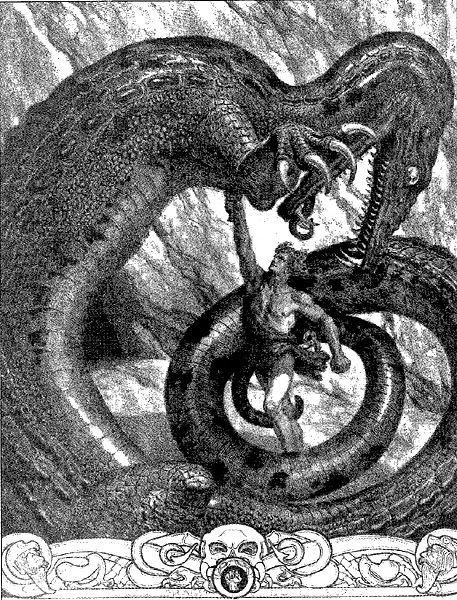 "When justice is crushed, when evil is triumphant, then I come back. For the protection of the good, for the destruction of evildoers, for the establishment of the Reign of Righteousness. I am born again and again, age after age."
(The Bhagavad-Gita IV Verses 7 and 3)

Taken from : Aryan Myth and Metahistory 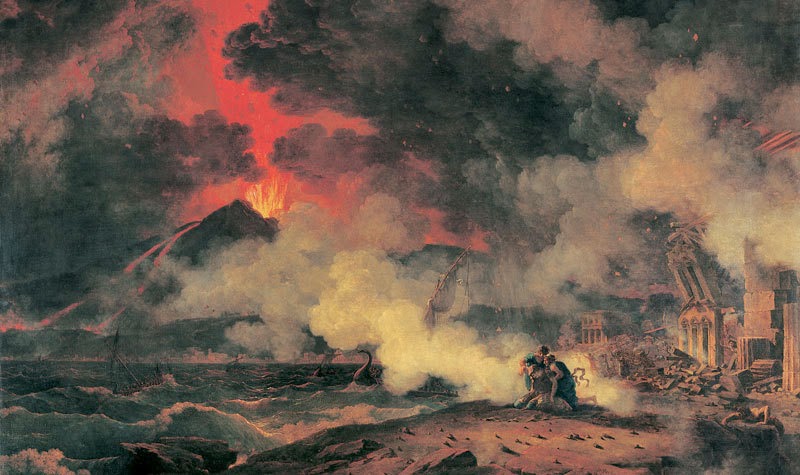 This machine-technics will end with the Faustian civilization and one day will lie in fragments, forgotten our railways and steamships as dead as the Roman roads and the Chinese wall, our giant cities and skyscrapers in ruins like old Memphis and Babylon. The history of this technics is fast drawing to its inevitable close. It will be eaten up from within, like the grand forms of any and every Culture. When, and in what fashion, we know not.

Faced as we are with this destiny, there is only one world outlook that is worthy of us, that which has already been mentioned as the Choice of Achilles: better a short life, full of deeds and glory, than a long life without content. Already the danger is so great, for every individual, every class, every people, that to cherish any illusion whatever is deplorable. Time does not suffer itself to be halted; there is no question of prudent retreat or wise renunciation. Only dreamers believe that there is a way out. Optimism is cowardice.

We are born into this time and must bravely follow the path to the destined end. There is no other way. Our duty is to hold on to the lost position, without hope, without rescue, like that Roman soldier whose bones were found in front of a door in Pompeii, who, during the eruption of Vesuvius, died at his post because they forgot to relieve him. That is greatness. That is what it means to be a thoroughbred. The honourable end is the one thing that can not be taken from a man.