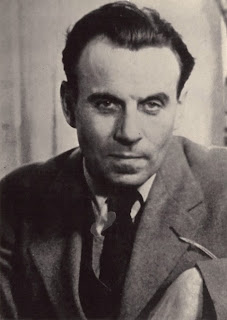 Louis-Ferdinand Céline`s "Trifles for a Massacre"

There’s a book you won’t hear a word about on the radio. There’s a book the right-thinking newspapers will not speak about, except to refer to it prim and reproachful terms. There’s a book about which the tabloids of the left will say nothing, except the most inept of them, which only have words of scorn. There’s a book the sale and distribution of which is quite possibly forbidden. There’s a book against which there will be more a conspiracy of silence than of attack. Isn’t it a crying shame that, before any reservations, we cannot praise boldness, courage, ardor? 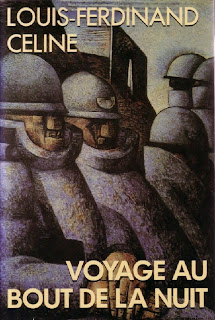 This book is the outrageous volume by the famous author of Journey to End of the Night, namely Trifles for a Massacre. Let us be completely frank: one might be a bit shocked, one might be a bit annoyed, one might declare it unreadable or idiotic, but it is impossible for a native born Frenchman not to read at least some of its pages without relief.

One starts out slightly stunned. Céline begins, as always, with invective, with what he himself called in part “obscene lyricism.” For four hundred pages, one wonders: Can he stop? Can he even change tone? But no! Without progression, without lapse, without rise, he remains on the same register. These are four hundred pages of invective, four hundred pages of bold print insults, a veritable truckload, no, a tidal wave of filth directed against the new enemies whom the lampoonist has discovered, i.e., against Israel. Literature, politics, cinema, theater, Communism, finance, all are surveyed. Jews, Jews everywhere, a monotonous, gigantic obsession that ultimately snares even the least biased.

I know exactly what reasonable people will say to me:  “Céline exaggerates. He will harm the most just of causes.  One might support an anti-Semitism of reason, but not an animal anti-Semitism, an anti-Semitism of violence. The Jews will eagerly mine this book to find the best arguments against those who attack them.”  And I know very well all the excesses of this work. But so what! When one wishes to hang out with a lion, one does not feed him spinach. And on my honor, as of this reading, I do not regret my time with Céline, not one bit.

Admittedly, he exaggerates. His account of the literary world is false—in short, quite worthy of a man of letters, equipped with all the failings of his kind. There was always something precious about Céline, in spite of appearances. His title proves it clearly, as do his descriptions of symbolic ballets which open and close the book. He is the Giraudoux of the gutter. And in his Semitic obsession, he sees Jews everywhere. The critics? All Jews or Judaized. Famous authors? All Jews! Cezanne? A Jew! Racine? A Jew too!  (It is all spelled out, and Céline analyzes the Semitic spirit of Racine!) The pope, the Church, priests? Jews! The Kings of France? “Don’t you think they have funny noses?”

Quite clearly it would be difficult to have a serious discussion of the Jewish question based on such opinions. And I do not deny that in the end such excesses harm the cause that Céline claims to defend a little more seriously than the author thinks they will. If I reasoned like him, I could (with far less verve, I grant) argue that this work with its excesses was composed by certain Célinestein who claims to be Céline in order to discredit the anti-Semites—exactly as the Jews say that the Protocols of the Elders of Zion were manufactured by the Tsarist police force to discredit Israel . . .

But that is not the only way to look at this book. First of all, it is filled with captivating details (taken, for example, from the Univers israélite), small facts that make one think. For example? To defend Zionism, Lloyd George stated in 1936: “In 1917, the French Army mutinied, Italy was demolished, Russia was ripe for the revolution, and America was not yet on our side. From all sides, we were informed that it was of vital importance for the Allies to have the support of the Jewish community.” For my part, I admit that a sentence like that sends a chill down my spine.

And as for Céline’s plans, they are almost always presented in an outrageous, buffoonish form that should not prevent us from seeing their profound seriousness.  Thus, we all know that the medical profession is absolutely overrun by Jews. Céline makes a small calculation: 9,950,000 Frenchmen were mobilized during the [First World] War, and 1,750,000 were killed; there were 45,000 Jews mobilized and 1,350 killed. That means that one Jew died for every 1,300 Frenchmen. “I think that the 1/1,300th killed exactly measures the full extent of Jewish rights on our territory. I would gladly give them 1/1,300th of our rights to practice in each profession, thus, for example, in medicine where there are approximately 30,000 French practitioners, well we would happily accept 23 Jewish colleagues!” Doesn’t this quota, at first glance, seem agreeable, tempting, and quite humane?

Céline paints a striking and admirable portrait of the miseries of Soviet Russia, where he traveled, as everyone knows. He also describes Hollywood and its merchants of human flesh with prodigious verve.  And above all, he marvelously mocks our good antifascist intellectuals, with a great carnivore laugh, a cannibal laugh, if you will, which comforts and consoles us: “I recently received a book from J.- R. Bloch,” he writes, “dedicated ‘To Louis-Ferdinand Céline, because over there, they kill!’” And Céline adds coldly: “Possibly! But they never kill J.-R. Bloch.” Do you have the heart to complain? 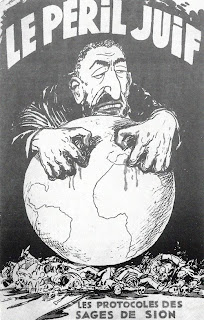 He takes very seriously the Protocols of the Elders of Zion, which some believe dubious: such was the opinion of Jacques Bainville. But I must say that the passages that he quotes make me wonder. If it was a Tsarist police officer who envisaged democracy’s continuing collapse, the class struggle, the Ministry of Leisure, the strikes and incitements to murder, the false reports, the role of the press and theater (the cinema and the radio did not exist), let us acknowledge that this police officer was from the race of the prophets. And we remain more than a bit surprised when he adds to the details of the Stavisky ministry: “Intrigue so that the most important stations are entrusted to characters who have some unmentionable secrets to hide, in order to dominate them by the fear of a scandal, to hold them by the police.” Dubious or not, one can understand why Céline read these prophecies with some interest. At first glance, one laughs at the Protocols; one finds them insane, incredible, abracadabrant. And yet “the madman’s prediction is verified.” “Our stupidity,” continues Céline (who does not usually say “stupidity”) “is not entirely a matter of credulity, one must agree, but also a matter of skepticism.”

Thus we do not hasten to shrug by perusing these pages. Among the most absurd and seemingly ridiculous ideas, there is sometimes a great truth hidden, but hidden under the laughter of Rabelais. Céline’s city planning projects (the true suburbs of a great city like Paris is the sea) are not ridiculous, but healthy, exact, creditable. And his invectives against the Exposition, composed in a style that lacks bourgeois elegance, end up taking on a quasi-grandiose allure like the invectives of Père Ubu.

(A perfect example of Jewish "art")

I even find that Céline’s rhythms achieve a rather splendid force: “The Exposition of Arts and Techniques, it is the Jewish exposition of 1937. All of France must come to admire Jewish genius, bow down before Jews, eat Jews, drink Jews, pay Jews!” Read this book, do read it: it will bring you joy and consolation.

There is a rather striking phrase in Céline’s book, this book that we will be prevented from discussing. He announces his invectives as a kind of “revolt of the natives.” And I think of those Arab towns–always situated next to a Jewish one–which, from time to time, in a fit of popular anger, throw themselves in fury on the Jewish quarter and plunder it.

We do not want any violence. But when one has a Jewish Prime Minister, when one sees, clearly and simply, France dominated by the Jews, it also should be understood how this violence is prepared, and what explains it. I do not even say what legitimates it, I say what explains it. Have any opinion you want. On the Jews and on Céline. We do not agree with him on all points. But I am telling you: this enormous book, this splendid book, is the first sign of the “revolt of the natives.” Perhaps this revolt is excessive, more instinctive than reasonable: after all, the natives are us . . . 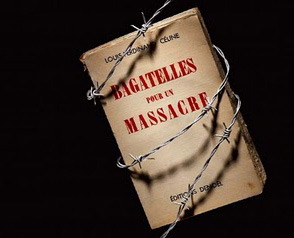