C.G. Jung - The Demigod and The Man of Action 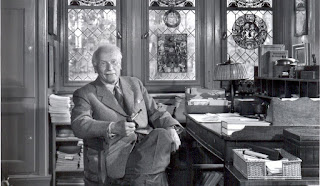 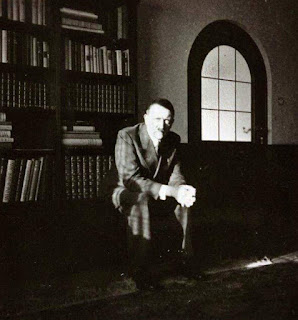 "Hitler is a spiritual vessel, a semi-deity or even better, a Myth. Mussolini is a man and therefore everything in Fascist Italy has a more human character than in Nazi Germany, where things happen by revelation. As a man Hitler scarcely exists. In any event he disappears behind the role… I have seen the Duce and the Fuhrer together when on an official visit. I had the good fortune to find myself only a short distance from them and thus I could study them well. I saw Mussolini looking like a child at the passing of a parade of German soldiers (goose step) and with the passage of the cavalry military band, where the cavalry drummers directed the horses with pressure from their legs alone; Mussolini would use his hands to strike the big drums of his thighs. (We, in Chile, know this well, or knew it, since our cavalry still marches in goose step, luckily). Mussolini did not hide his aesthetic emotion with the spectacle and, on returning to Italy, introduced the goose step into the Italian Army. In truth this marching is the most impressive that can be seen… 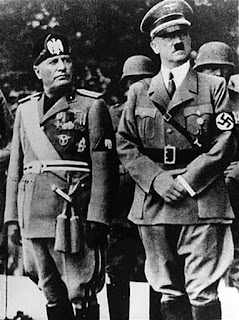 In comparison with Mussolini, Hitler gave me the impression of a frame ("scaffolding"), a wooden structure covered with clothes, an automaton with a mask, like a "robot," or with the mask of a "robot." During the entire ceremony of the military parade he never smiled and remained aloof. He did not show any mark of the human. His expression was inhuman, that of a being with a continuous purpose, with no sense of humour. (Humour…! Something the beings of the Kali Yuga make so much use of, and the Demons too…) Hitler seemed the double of a real person
(I have put this in italics because of its importance) as if Hitler the manwere within, like an appendage, deliberately hidden so as not to interfere with the mechanism." 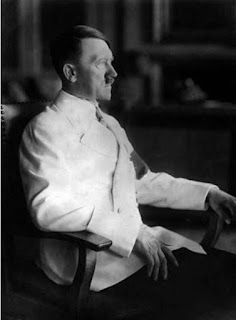 "What an extraordinary difference between Hitler and Mussolini! With Mussolini one feels that one meets with a human being. With Hitler one is astonished ("scared"). We know we can never talk with this man, because there is no one there. He is not a man, but a collective. He is not an individual but a whole nation. (A Tulku, in pristine and sacred words). I accept as literally true that he has no personal friends. Hitler can not be explained by means of personal contact, as a work of art can not be explained by the personality of the artist. The great work of art is the result of the entire world in which the artist lives and of the millions of people who surround him and of thousands of currents of thought…
Mussolini can find a successor, but I see no one who could replace Hitler…"