TETHRIPPON, an Hellenic band out of the ordinary. They have their debut full-length album coming out soon. Very nice orchestral music combined with very good vocals and lyrics in Greek written in a special way. Constantinos, apart from his charakteristic voice has also a talent in writting lyrics. "Omoion" is my favorite track so far. I`m looking forward to hear the full cd soon.

For more info , full bio and concept of the band see below. 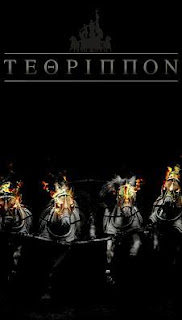 "Tethrippon were formed in the autumn of 2006 by Constantinos and Demetrios in Nothern Hellas. Their purpose is to serve a delicate aesthetic and to pay tribute to their ancient ancestors One of their major beliefs is that the creative and bright conscience of a people has to be based upon the respect to their history, their tradition and the heroic achievements of their predecessors. Inspired by ancient Hellenic philosophy, poetry and culture, always proud, they try to harmonize all that wealth with the tough and cold spirit and practics of nowadays. Maybe that seems utopic but nothing is impossible for a virtued, peaceful man, armed with the ability for an optimistic approach of things and situations. Demetrio’s music cannot be easily characterized because he achieves all his compositions by combining various positive elements. That gives to Tethrippon the potential of being attractive and multi dimensioned.
Mediterranean delicacy, epic character, central and Northern European aura, create an atmosphere intense and gentle at the same time. Symphonic and orchestral soundscapes, so close to the repercussion of an epic soundtrack, darkened or enlightened, moving or joyful, pagan or majestic, come to match with Constantinos vocals and lyrics, giving the final result. Constantinos started the lyric procedure, first by emphasizing to the charm and the universal symbolism of the ancient epic poems of Orpheus, old as man himself, waving between myth and history, in a dream like dimension of internal peace, virtue and total attachment to the blessing and warmth of the Apollonian light. That blessing comes to touch today’s people’s hearts. Songs about mother nature, Apollon, God of music and light, Erotas, God of love, Prometheus, tragic bringer of peaceful fire, father Sun, songs about eternal heroes who have spilled their noble blood into the Altar of freedom and decency, aim ambitiously to enchant people with fragile, romantic hearts and self respect.
From the beginning, Tethrippon started to compose, aiming to a self financed release, far away from any label search and it really came very fast: EXIDION, was the first album to be released including five songs accompanied by an equal number of atmospheric intros. Almost a year after, ORONTES, followed based upon the same concept and the band was more than ever ready to face any creative challenge. In the meantime, various comments by all kinds of listeners created the spherical impression that things were prominent and encouraging and finally the story came to the strong hands of some good friends and supporters from Xanthi, a picturesque town in the region of Thrace, Northern Hellas. After an enthusiastic approach, they invited us for our first live performance, and we couldn’t refuse such a disinterested and polite proposal. The event took place in the 29th of November 2008 in front of a positive audience that gave us a strong applause, a warm welcome. We could feel in the air that something creative was about to begin and the confirmation came very soon from the Austrian label Steinklang records. Now, our first full length CD «Tethrippon», is about to be released as soon as possible due to the «Alpine» appreciation and support. The nature of this label, the bands already included, create the potential for valuable friendships and a cultural interference based upon common principles, as a contribution to the bright side of European culture.
When somebody seeks for hope and perspective and refers to the historical past, a ruthless struggle for wealth, war, destruction bloodshed and tears are the dominant elements. Millions of innocent people suffered and died for the sake of materialistic aims. That eternal winter has to end one day and the only way to achieve that is to seek for the light by worshiping the light. Different cultures can coexist for the sake of a common noble purpose. Tethrippon come strong to contribute, by holding tight the belief of «Taking part in the Hellenic Learning»-«ΤΗΣ ΕΛΛΗΝΙΚΗΣ ΠΑΙΔΕΙΑΣ ΜΕΤΕΧΟΝΤΕΣ». .


TETHRIPPON is totally dedicated to the holy memory of our glorious forefathers. Rest in peace in the eternal skies." 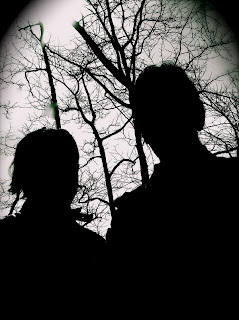