"My ancestors were pagans, and my forefathers heretics. For their exoneration I collect the pieces that Rome left over."
Otto Rahn "Luzifers Hofgesind" 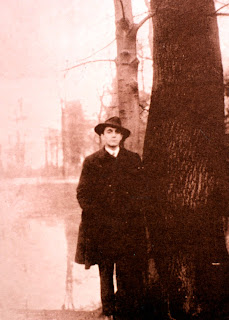 "Otto Rahn was born in the small town of Michelstadt in Southern Germany on February 18th, 1904. A solitary, introverted boy, he assimilated the bare bones of German Romanticism through avid childhood reading of Greek, Roman and Nordic myths and legends. In addition to this, all around him the romantic spirit was alive and well in the Rambler’s Associations and Mountaineering Clubs which began to flourish around this time. For Rahn, this generalized affinity with romanticism became refined into an all consuming obsession with the legends of Parsifal, the Holy Grail, Lohengrin, and the Nibelungenlied. While attending the University of Giessen, he was inspired by his professor, Freiherr Von Gall, to study the Albigensian (Catharism) movement, and the massacre that occurred at Montségur. Rahn is quoted as saying that "It was a subject that completely captivated me''"


THE SECRET GLORY (2001) is a documentary (With English subtitles) about the story of SS officer Otto Rahn and his search for the Holy Grail.