News from the Underground Front 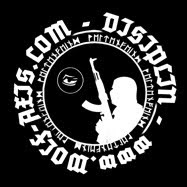 The wolf-pack is approaching to the new sacrifice, 10 years of history of Black Metal integrity and daring for the Norwegian squadron DISIPLIN, result will be a special Anniversary album composed by totally new material, limited to 1000 copies to be released on Digibook format, first 100 copies with a ltd. T-shirt.

This martial monument entitled “ RADIKALE RANDGRUPPE ” won’t be repressed or re-released but will stay as a unique stone in the band’s carrier. Disiplin inked a 3 album deal with ATMF.

We’re proud to have this sharpen weapon of the pagan gods under our wing, moving from one of the most innovative labels Moonfog, they’ve been an example of how Norwegian Black Metal should have been evolved instead of rooting on the memories, Disiplin are still there to take forward the idea of black metal as an extreme weapon instead of a un-offensive stereotype.

Release date of the Anniversary Album is fixed later this year on November, Preorders will be open on late September. More details about to come… 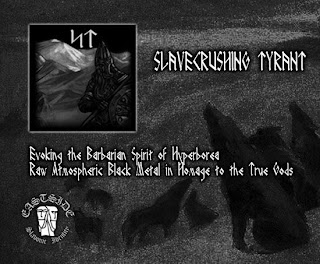 Debut full-length CD by the Polish Horde SLAVECRUSHING TYRANT. Raw Heathen Black Metal by members of Flame of War. Available from EASTSIDE : http://www.eastside.peruner.com/
Totenkopf Propaganda will have copies of this release for Distribution in next week. 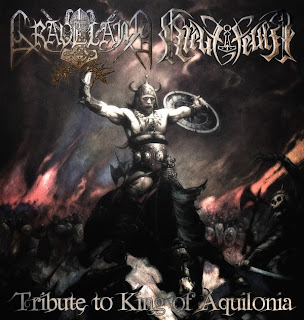