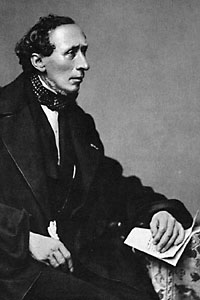 By Hans Christian Andersen
Taken from "A Poet`s Bazaar" (1840)

"The storm roared between the columns; dark birds of pray flew over the valley of Hymettus. Directly under the rock lay Athens extended, looking almost a city indeed, with its white houses and red roofs. Snow had fallen on the mountains of Pentelicon and Parnassus. What a view around; yes it was most beautiful towards the sea, which shone so vast and extended, so deeply blue, as it bore the white sails along. The air was so transparent, that i thought i could see over the whole Peloponneses. I saw distand mountain tops around Sparta ; and toward the hill where Corinth stands, the road appeared very short, yet it is svereal days journey by land. I saw the white walls of fortification at Acro-Corinth with the naked eye,-even the angles they made, and the strong shadows they cast 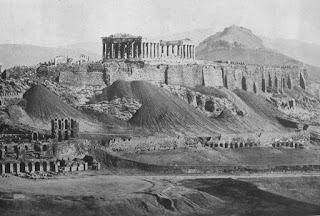 During my stay in Athens, i visited daily the Acropolis, whether it were sunshine or rain! I celebrated my birthday by a visit here ; here i read my letters from home. The Acropolis was the last place I visited at Athens when i was about to leave ; my thoughts dwell longest on the Acropolis when they visit Greece. It was as if nature and art reposed on my breast in this place ; here i felt no want, except that all my dear friends could not participate with me in this spectacle. 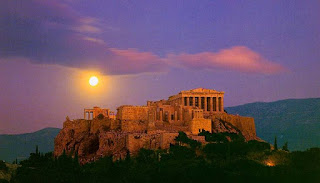 A sunset seen from this place, is one of the most sublime sights i know. I have seen such a one. I sat on the steps of the Parthenon ; everything was void and dead towards Hymettus ; black birds flew over the valley where a single white columns stands. An ass brayed down there, and it sounded like the screams of a jackal ; the sun sank behind the Bay of Salamis, and the mountains shone with the most powerful colors. Aegina was as blue as the freshest violets. The same colors, the same forms of the mountains, were seen by Plato, Socrates, and the great men of that world from the same spot as that from which i myself saw them. It was the same earth they had trodden. I felt, for a moment, that I was living in those times. The sun went down, and the glittering stars streamed forth over the dilapidated temples. I felt that God`s work is eternal, man`s perishable ; but i drank life`s poetry from both, which (if God allows it to flourish and expand) shall refresh the hearts of man." 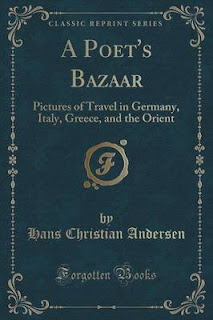