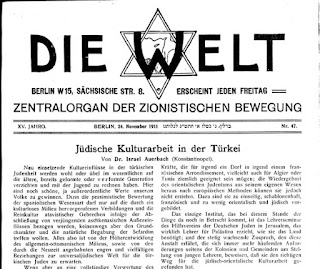 (Its just a coincidence. The central organ of the zionist movement had the same name)

Not the above-mentioned "Die Welt" (this has no reason to exist anymore as pretty much most of the press nowadays serve as organs for zionist intrests), the other one. I think everybody in the world knows the mainstream German newspaper DIE WELT. What is really intresting is an article that appeared in one of if its columns about 10 days ago.
You can see it here:

Now, how does this article fits in the "liberal cosmopolitan" (click to see the wikipedia entry) position of the newspaper?

Better late than never i would say. But you can imagine how bad the things are or going to be in future that even newspapers like DIE WELT admit that. Or probably its because of the heat from the fire approaching their own doors. However, i think sometime in future these people they will have to apologize because anyone in the past who dared to voice his opinion or write and publish articles with similar views has been targeted, arrested and even jailed.

Coming to Enoch Powell. Here is a post i did on this blog seven years ago:


Ofcourse he was right! Its simple logic that hopefully more and more will see in future. 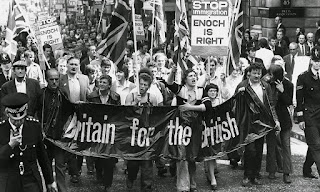