A Lifestyle in Black - Fashion & Film Under Fascism 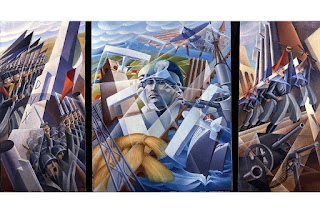 Under Fascism, fashion and film were both identified by the totalitarian regime as powerful vehicles for shaping and projecting national identity and a politics of style. As such, they became recognizable cultural institutions of Italian modernity. No government in post-unified Italy (the period from 1860 onwards) had been able to create anything like the distinct image with which fascism made itself visible:  the black shirt, which still today epitomizes the image of fascism and the Duce. Fascism understood very quickly how powerful a medium cinema was for the diffusion of visual messages.  It was with massive State support, in fact, that Italian cinema rapidly developed in the 1930s.  In the early 1930s, the first regime-sponsored fascist propaganda feature films were made such as Gioacchino Forzano’s Camicia Nera (Man of Courage, 1933), the story of the reclamation of the malaria ridden Pontine marshes by the regime, and Alessandro Blasetti’s Vecchia Guardia (1934), celebrating, twelve years on, the March on Rome and the “success” of the regime in saving Italy. However, overtly propagandistic feature films such as Camicia nera and Vecchia Guardia were in the numerical minority when compared to the other genres of film made under fascism. In fact, it is inaccurate to think of film under fascism as merely a vehicle for political propaganda. Things were much more complex than that.  A study of film under fascism involves an in-depth investigation of the stylistic forms adopted in the filmmaking of the period. Not only did fascism see in cinema a powerful medium that would help it achieve its ends, it also saw fashion in the same way.  In fact, the regime invested a great deal of energy in and exercised state control over the fashion industry. It was under fascism that fashion and film first travelled at the same speed. 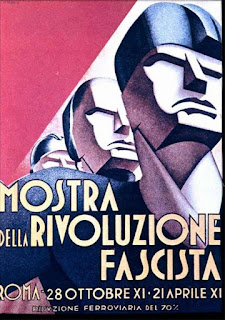 In 1932 and then renamed in 1934, Mussolini founded the Ente Nazionale della moda (ENM, National fashion body).  The aim of this government institution was to control the entire productive cycle of textile and fashion.  But in line with the regime’s totalitarian project to create new Italian men, women and children, it also aimed at inculcating an Italian fascist lifestyle through dress codes.  In fact, one of the credos of the ENM was to persuade female consumers and dressmakers to seek inspiration in Italy’s domestic roots and traditions.


You can read the full article HERE