In The 9th of May WE WILL NOT CELEBRATE! 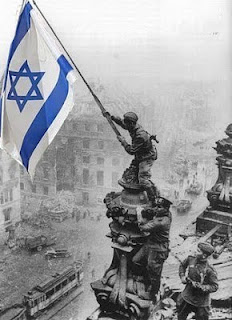 "The truth cannot be stopped by lies or force. It will get through. The Jews will meet their Cannae at the end of this war. Not Europe, but rather they will lose. They may laugh at this prophecy today, but they have laughed so often in the past, and almost as often they stopped laughing sooner or later. Not only do we know precisely what we want, we also know precisely what we do not want. The deceived nations of the Earth may still lack the knowledge they need, but we will bring it to them. How will the Jews stop that in the long run? They believe their power rests on sure foundations, but it stands on feet of clay. One hard blow and it will collapse, burying the creators of the misfortunes of the world in its ruins."
Joseph Goebbels  - Das Reich (January 1945) 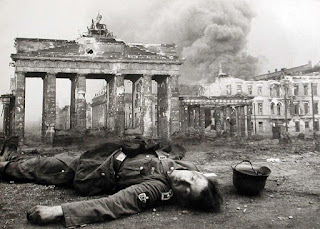