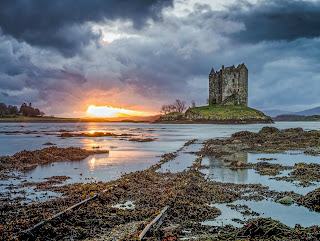 "I am the one, who is also welcome as "Hi ri ri tha e tighiun" in the past life.
It is an omnipotent spirit where my eyes look through the glass of a six-fold pentagram and my words are too powerful to defeat.
I have become "Emperor Proscriptor Magikus McGovern" after destroying the wooded fortress of Xalteun, where I was accompanied by fellow serpentines, wolves, and thy dragon of Keppoch.
We were in complete control for once, which I drink the green, herbal elixir and chant my thaumaturgical proscriptions for the black opalith for tomorrow.
My eyes look through the crystals of this opalith and in remembrance, I see myself when I was in mortal formation.
This was when thy kingdom and thy acquaintances were completely obliterated by an unknown horde from an unknown land.
It will always be proclaimed as "The Massacre of Glencoe:" Glencoe being the commencement of my blood and vein.
I could not take the grief and distress from what had actually occurred, so I called upon Tiphareth (twin serpentine of Atu: worm of the eight-fold pentagram) and the powers transformed me into this non-human fabrication as an actual king.
However, I became immortal as well.
With these powers, I was throned as an Emperor, including sortilege-type spells, magickal charms, vigorous strength, and abilities I have never felt or experienced before.
As I was searching for answers through the six-fold star, I suddenly knew where to capture and overthrow this feeble village of Xaltelln.
So, with the assistance from the lady serpentines, the wolves, and the fire from Keppoch's mouth, I burned this village completely down within 11 minutes. 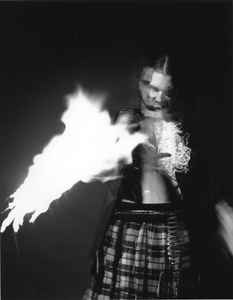 (The past immortality from the infamous McGovern Tribe (Eve of Imbolg, 1269 at Glencoe)