The Benefits of Multiracialism 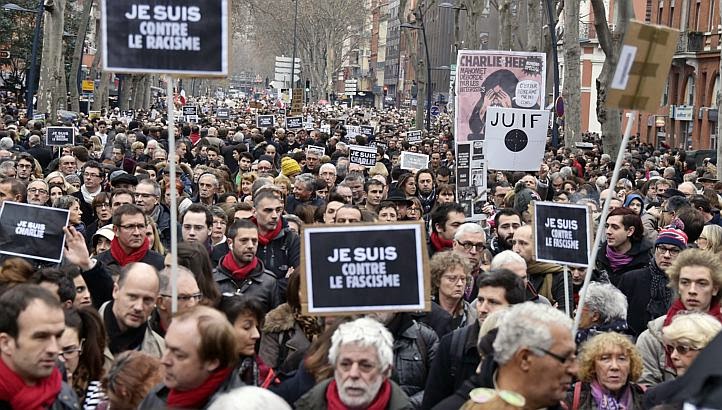 France said "No Fascism No Rascism"

The last weeks in Paris: Two north african islamists opened fire inside a satyrical newspaper and killed twelve communists. Afterwards outside the offices of the newpaper they killed an algerian muslim cop. At the same time another african muslim executed four persons inside a jewish supermarket.  Inside the kosher market, an african employee from mali saved some jews by hiding them inside the fridge. In the meantime the algerian wife of this west-african muslim fled to turkey and from there to syria. Also, in another suburb of Paris, a female municipal police officer of caribbean origin shot dead.

The benefits of  multiracialism. Whats more anti-racist and anti-fascist than that?

For how long we, the indigenous TRUE Europeans will let our countries experience such "benefits"?

The way is onle one! Instead of becoming "juifs" let us be
THE HAMMER: Previous Related Posts:
Days At The Planet of The Apes
Racism in 21st Century?
White Man Wake Up Or This is Your Future!
The Destruction of Europe`s Ethno-Biological Stock