Last week I gave an interview to a news reporter from a television station in Charlotte, North Carolina. That's station WSOC, channel nine, Michael Eisner's ABC affiliate in Charlotte. The reporter and his cameraman drove up to my broadcast studio in West Virginia. My organization, the National Alliance, has been doing some recruiting in Charlotte, and someone had given a copy of one of our recruiting leaflets to the reporter at a Charlotte gun show. The reporter apparently had checked with his superiors at his television station and been told that the National Alliance is a "hate group," so he had come up to check us out and interview me.
The reporter was an enthusiastic young man of apparently normal intelligence, although clearly a bit trendy, as virtually all media people are. While we were talking off-camera, he told me that he is a recent graduate of Auburn University in Alabama. During the interview we toured our book department, where we stock the books sold by the National Alliance. He noted that we advertise many children's books, and he asked me why.

I told him that decent children's books are becoming increasingly difficult for parents to find in bookstores or libraries, because the multiculturalists have had a devastating effect on the publishing of children's books, insisting that every illustration in children's literature show a racially mixed group, that homosexuals be portrayed positively, that little girls be shown doing typically "boy" things and vice versa. In fact, I said, there has been a real effort afoot to keep traditional children's books away from children. The multiculturalists don't want White children to learn about their own history and traditions. They don't want White children to learn the values and attitudes that are inherent in the sorts of books that White children used to read in America before the Second World War. So the National Alliance searches for good children's books which the multiculturalists haven't gotten to yet and makes them available to parents who want their children to learn these traditional values. 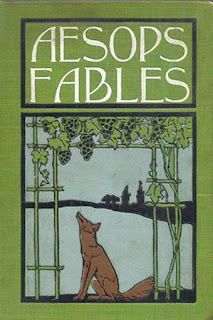 The reporter asked me for an example. I picked from our shelves a copy of a large, colorfully illustrated edition of Aesop's Fables which we sell and handed the book to him. The reporter flipped through the pages and asked me, "What's this all about?"

I was surprised by the question, but I answered, "You know, it's the collection of little stories, each with a moral, which have been attributed to the Greek writer Aesop, who lived about 600 BC, although some of his fables are much older than that."

Well, he didn't know. He had never heard of Aesop or his fables, he told me. And I suppose I shouldn't have been surprised. There undoubtedly are hundreds of thousands, if not millions, of recent White university graduates in America who have gone through school during the multicultural era and have learned everything they needed to know in order to graduate just by watching MTV regularly. Their trendy parents, who also had a multicultural education, saw no need to introduce them to Aesop or to the Brothers Grimm or to any of those other "hateful" people who wrote children's stories without Black or "gay" heroes and who always portrayed little boys doing "boy" things and little girls doing "girl" things.

When I was a kid one of the special charms that Aesop's Fables held for me was the knowledge that Alexander the Great, for example, had read exactly these same stories when he was a child, more than 2,300 years ago. When I read the fable about the dog in the manger or the one about the shepherd boy who cried, "wolf," and thought about the lessons these fables taught, it thrilled me to think that every great man in our history, for thousands of years, had read these same stories when he was a child and had learned the same lessons. 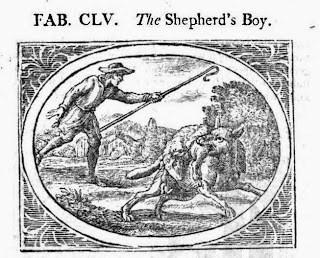 But not any longer. These fables are what the multiculturalists call "Eurocentric," not to mention "sexist" and "homophobic." So are the morals the fables teach. And so today they are all "no, nos" for White children -- which is why we have a White population in America which is increasingly rootless, cosmopolitan, alienated, and atomized -- a White population which is unable to defend its heritage or to oppose those whose aim is to destroy that heritage, because they have no knowledge of their heritage, and who believe that anyone who values that heritage must be a "hater," a "racist." The professors at Auburn University must be really proud of themselves -- and the professors at nearly every other university in America too. They all are educating citizens for the New World Order -- rootless wonders all -- and certainly the last things these New World Order citizens need to know are the little lessons Aesop was teaching to Greek children 2,600 years ago. 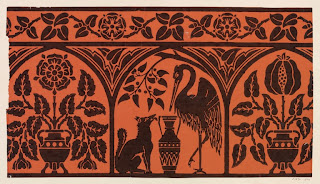