In Memory of Dominique Venner 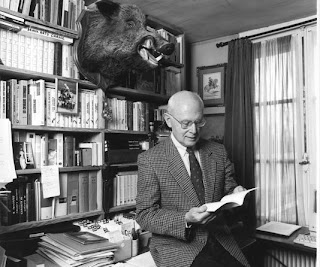 Previously related post : The Self Sacrifice of Dominique Venner

"The reasons for living and the reasons for dying are often the same. This was definitely the case for Dominique Venner, whose gesture aimed at bringing his life and death into deep accord. He said he chose to die in the way that was the most honorable in certain circumstances, particularly when words become powerless to describe, to express what we feel. Dominique Venner ultimately died as he had lived, with the same will, the same lucidity. Most striking to all who knew him was to see how the whole trajectory of his existence is a pure and right line, a perfectly straight line of extreme righteousness.

I am not talking about politics. By July 1967, Dominique Venner had definitely broken with any form of political action. He was a careful observer of political life, and of course he made his feelings known. But I think that what was essential for him lay elsewhere, as amply shown by many things already said today.

Dominique Venner put ethics above all, and this was already his view as a young activist. It remained so, when gradually the young activist turned into a historian, a meditative historian, as he said. Dominique Venner was quite interested in the Homeric texts, the Iliad and the Odyssey, in which he saw the founding of the great immemorial European tradition, primarily for ethical reasons: the heroes of the Iliad never teach moral lessons, they give ethical examples, and ethics is inseparable, of course, from aesthetics.

The Beautiful Determines the Good

Dominique Venner was not one of those who believe that the good determines the beautiful, he was one of those who think that the beautiful determines the good; he believed that ethical judgments that focus on men are not so much based on their opinions or ideas, but are a function of their greater or lesser qualities of being, and first and foremost the quintessential human quality that he summed up in one word: comportment.

Comportment, which is a way of being, a way of life, and a way of dying. Comportment which is a style, the style of which he spoke so beautifully in The Rebel Heart, a book published in 1994, and, of course, in all his works, and I think especially in the book he published in 2009 on the German writer Ernst Jünger. In this book, Dominique said very clearly that if Jünger gave, and gives, us a great example, it is not only through his writings, but also because this man, who had a long life and died at the age of 103, never failed the demands of comportment.

Dominique Venner was a secretive, attentive, demanding man—demanding of himself first of all. He had somehow internalized all the rules of comportment: never let go, never give up, never explain, never complain, because comportment (tenue) brings to mind and derives from reserve (retenue). Obviously, when we talk about such things, we must seem like men from Mars to many dwellers in this age of smartphones and Virgin Megastores. To speak of equanimity, nobility of soul, high-mindedness, comportment, is to employ words whose very meanings escape many, and this is probably why the Philistines and the Lilliputians — those who write these parochial newsletters for right-thinking people that the mainstream media have become today — were unable for the most part to comprehend the very meaning of his gesture, which they tried to reduce to petty considerations.

A Way of Protesting Against the Suicide of Europe

Dominique Venner was neither an extremist nor a nihilist, and, above all, he never despaired. Indeed, his long reflections on history led him to develop a kind of optimism. He held that history is unpredictable and always open, that it both makes men and is made by men. Dominique Venner rejected all fatalism, all forms of despair. 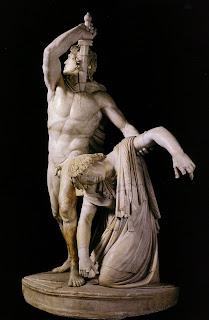 A Suicide of Rational Hope as a Founding Act

Dominique Venner simply could no longer stand the Europe he loved, his homeland, fading bit by bit from history, forgetful of herself, forgetful of her memory, her genius, her identity, somehow drained of the energy for which she was known through the centuries. Because he could not stand the suicide of Europe, Dominique Venner opposed his own, which he was not suicide of collapse, of resignation, but rather a suicide of hope.

Europe, said Dominique, is in dormition. He wanted to awaken her. He wanted, as he said, to rouse slumbering consciences. We must be very clear on this point: there was no despair in Dominique Venner’s gesture. There was a call to act, to think, to continue. He said: I give, I sacrifice the rest of my life in an act of protest and foundation. We must, I think, hold onto his word “foundation.” This word “foundation” was bequeathed to us by a man whose last concern was to die standing.

Dominique Venner was not nostalgic, but he was a true historian who was interested, of course, in the past with a view of the future; he did not study the past as solace or shelter; he simply knew that peoples who forget their past, who lose all consciousness of their past, are thereby deprived of a future. You can’t have one without the other: the past and the future are two dimensions of the moment, neither more important than the other: dimensions of depth.

And in this process, Dominique Venner remembered, of course, a number of memories and images. He remembered the Homeric heroes and gods; he remembered the old Romans, those who preceded him on the path of voluntary death: Cato, Seneca, Regulus, and many others. He bore in mind Plutarch’s writings and Tacitus’ histories. He had in mind the memory of the Japanese writer Yukio Mishima, whose death in so many ways is similar to his own. And it certainly is not a coincidence that his last book, that will soon appear from Pierre-Guillaume Roux, is called A Western Samurai: a Western samurai!

And on the cover of this book, A Western Samurai, we see an image, a print, a famous engraving: “The Knight, Death, and the Devil,” by Albrecht Dürer. Dominique Venner deliberately chose this engraving. Some time ago, Jean Cau devoted to the character of the knight a wonderful book that also bore the title: The Knight, Death, and the Devil. In one of his latest columns, written just days before his death, Dominique Venner paid tribute to this very knight who, he says, on highways and byways, will continue always onward toward his destiny, toward his duty, between death and the devil. 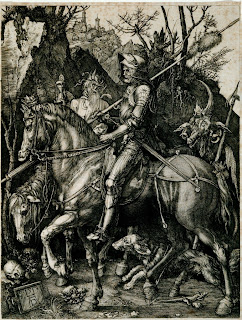 And in this column, Dominique Venner spoke of an anniversary. It was in 1513, 500 years ago exactly, that Dürer engraved this print “The Knight, Death, and the Devil,” and this emphasis gave me a very simple idea that anyone could have: I looked up the dates of birth and death of Albrecht Dürer, the man who engraved “The Knight, Death, and the Devil,” 500 years ago exactly, and I realized that Dürer was born in 1471; he was born May 21, 1471. Dürer was born on May 21; Dominique Venner chose to die on May 21. If this is a coincidence, it is extraordinary, but one is not forced to believe in coincidences.

The Rebel Heart Will Always be There

That’s what I wanted to say in memory of Dominique Venner, now departed on a great wild hunt, in a paradise where you can see the wild geese fly. Those who knew him, and I knew him for 50 years, those who knew him will probably say that they have lost a friend. But I think they are wrong. On the contrary, I believe that they should know that, since May 21, 2013, at 2:42 p.m., he will necessarily always be there. Still there alongside the rebellious hearts and free spirits who have always faced the eternal coalition of Tartuffes, Trissotins, and Torquemadas." 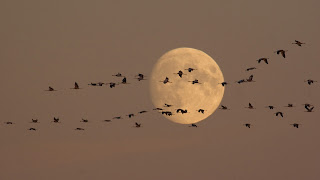