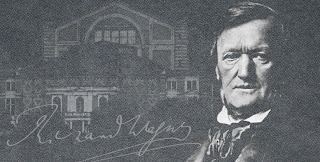 2013 marks 200 years since the birth of the greatest Classical composer of all times :
RICHARD WAGNER.
So untill the end of this year i plan to do a series of posts with Wagner-related themes.

"An amazing Introduction to the world of symbols in Richard Wagner's "The Ring of the Nibelung". Also, the documentary breaks down and reveals all the Leitmotiv's, characters, scenes, plots, metaphors, mythology, and names in Wagner's Ring Cycle. Illustrations mainly by Arthur Rackham and music conducted by Jeffrey Tate and The National Orchestra of France.
Actually...this is way more than an introduction!"