Thucydides - Funeral Customs of The Athenians 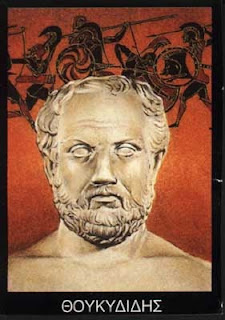 Thucydides was an Athenian general and later a historian. While he was in exile from Athens (Typical tactic of the Athenian democracy), he wrote one of the best historical masterpieces of the Ancient Classical world : Histories (Or as its widely known today "History of The Peloponnesian War").
A diamond of history and the habits of war, politics , traditions and relations between the states. Its not suprizing why great men like Alexander The Great, Otto Bismarck, Napoleon e.t.c. had Histories amongst their best books and also why used and teached in all military academies around the world (West Point e.t.c.)

In future, i`ll return again back to other parts of Histories. Parts which can be a good example and guide to personal affairs or how to see the world with a different cosmotheory.

For the time being, another diamond within this diamond, is the famous Funeral Oration of Pericles. Its based on a speech of the famous Athenian statesment Pericles. In honour of the dead that fell in wars. Before this funeral oration , Thucydides describes in detail the funeral customs of Ancient Athens.
Its a very intresting piece, which give a good in-depth insight of how the Athenians treated those who fell in war. 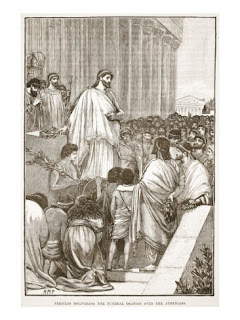 "In the same winter [of 431 BC] the Athenians gave a funeral at the public cost to those who had first fallen in this [Peloponessian] war. It was a custom of their ancestors, and the manner of it is as follows.
Three days before the ceremony, the bones of the dead are laid out in a tent which has been erected; and their friends bring to their relatives such offerings as they please. In the funeral procession cypress coffins are borne in cars, one for each tribe; the bones of the deceased being placed in the coffin of their tribe. Among these is carried one empty bier decked for the missing, that is, for those whose bodies could not be recovered. Any citizen or stranger who pleases, joins in the procession: and the female relatives are there to wail at the burial. The dead are laid in the public sepulchre in the Beautiful suburb of the city, in which those who fall in war are always buried; with the exception of those slain at Marathon, who for their singular and extraordinary valour were interred on the spot where they fell. After the bodies have been laid in the earth, a man chosen by the state, of approved wisdom and eminent reputation, pronounces over them an appropriate panegyric; after which all retire. Such is the manner of the burying; and throughout the whole of the war, whenever the occasion arose, the established custom was observed. Meanwhile these were the first that had fallen, and Pericles, son of Xanthippus, was chosen to pronounce their eulogium." 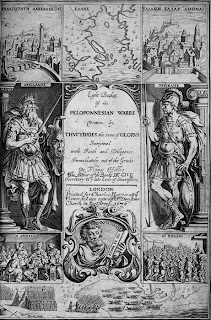