120 Years from His Earthly Incarnation... 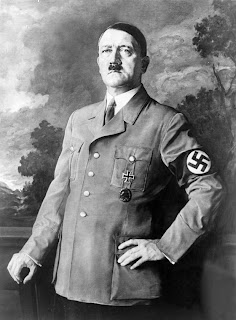 "For me Esoteric Hitlerism is being possessed by the archetypes of the collective unconscious which the Greeks used to call Gods – among them Appollo, which really is Wotan for the Germans and Vishnu or Shiva for the Hindus -and its development in the individual and collective souls of the actual Hitlerist warriors. That means a new/old religion, with all of its rituals and myths which are necessary to discover or rediscover. Its central Drama is the aparition on this earth of the Person of Adolf Hitler, the last Avatara who came to produce this enormous storm or catastrophe in order to awake all those who are asleep and to open the New Age which will come after the Deluge. That is the reason why we have started to count the beginning of the New Age after the birth of Hitler."
Miguel Serrano
Posted by T.K. at 20:42