This Vulgar Herd Known as "The People" 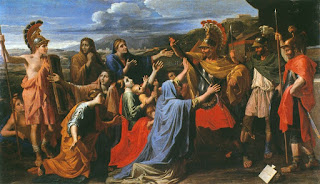 Blog's Comment: The crowd/mod psychology. As it seems few things has changed since Shakespeare's times. The herd will always be the herd. Whomever blindly trust it, found himself at the end of a rope.
The clip below is taken from the a modern adaptation of "Coriolanus" in the 2011 British film. Note, the truly extraordinary performance of Raplh Fiennes as "Gaius Martius" , the Roman general who doesn`t hide his low opinion of what is widely known today as "the people". William Shakespeare wrote his famous tragedy "Coriolanus" based on his life. Original text is also included below. The underlines are mine.


MARTIUS:
What’s the matter, you dissentious rogues,
That, rubbing the poor itch of your opinion,
Make yourselves scabs?

FIRST CITIZEN
We have ever your good word.

MARTIUS:
He that will give good words to thee will flatter
Beneath abhorring. What would you have, you curs,
That like nor peace nor war? the one affrights you,
The other makes you proud. He that trusts to you,
Where he should find you lions, finds you hares;
Where foxes, geese.
Who deserves greatness
Deserves your hate;
Trust Ye?
With every minute you do change a mind,
And call him noble that was now your hate,
Him vile that was your garland. What's the matter,
That in these several places of the city
You cry against the noble senate, who,
Under the gods, keep you in awe, which else
Would feed on one another?