The Blessing of Dying Young - The Example of Kleobis and Biton

He whom the gods love dies young
Menander 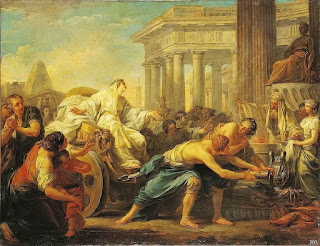 "In the story, Solon tells of how these Argive brothers took their mother named Cydippe, a priestess at the temple of Hera, to a festival for the goddess to be held in town. When their mother's oxen could not be found, the brothers yoked themselves to their mother's cart and drove her the six miles to the temple. Having arrived at the festival, the mother prayed for Hera to bestow a gift upon her sons for their strength and devotion, which Hera listened and rewarded the sons. When the prayers and the sacrifice were over, Kleobis and Biton fell asleep in the temple and never woke up, which was the gift Hera bestowed on the boys: allowing for them to die. To honor the two brothers, the people of Delphi dedicated statues of them to the temple of Apollo, allowing for these statues to be seen as funeral memorials." 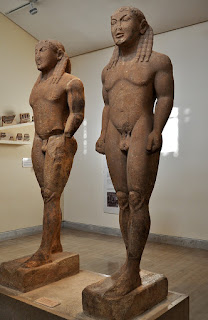