Ghosts of The Past PART 1 - Flakturm Tiergarten 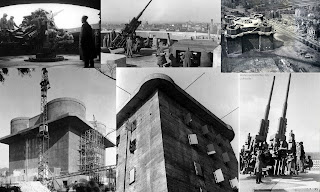 "The Zoo flak tower, or in German, the Flakturm Tiergarten, was a thirteen-story fortified anti-aircraft tower that existed in Berlin from 1941 to 1947. It was one of several flak towers that protected Berlin from Allied bomber raids. Its primary role was as a gun platform to protect the government building district of Berlin, in addition the Hochbunker (blockhouse) was designed to be used by the German leadership, and provided secure storage facilities for art treasures. The zoo tower in particular stored the Kaiser Willhelm coin collection, Nefertiti's head, the disassembled Altar of Zeus from Pergamon, and other major treasures of the Berlin museums, and provided shelter for up to 20,000 civilians during the Battle for Berlin. It took the allies two years to demolish the Flakturm Tiergarten after its surrender." 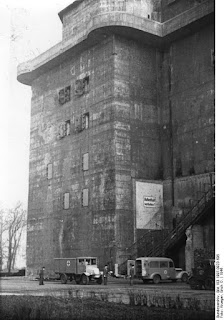