The Life and Action of the Man known as THE UNABOMBER

“History is made by active, determined minorities, not by the majority, which seldom has a clear and consistent idea of what it really wants.”
Theodore Kaczynski 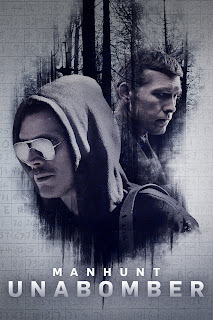 MANHUNT: UNABOMBER is a 2017 drama miniseries (eight episodes) by Discovery Channel. I just finished watching it and I fully recommend it to anyone who intrested on the Unabomber case. Definitely the series provide, an intresting in-depth view to the life and actions of Ted Kaczynski, the man known as "Unabomber" and also to the FBI agent who caught him.

Despite the the fact that its taken from the FBI side, it looks that at times there is a honest attept to unlock and present the philosophy behind Industrial Society and Its Future.
On highlights is the nice photography and the very good filming locations that makes the series looking more realistic and creates the neseccary contrast between the two worlds that clash.  The narrative passages taken from Kaczynski's writtings (personal letters or published works) helps a lot to get into the ideology of the Unabomber. The question is, how can a healthy mind dissagree with such ideals and worldview? Personally, from what I saw and read so far, I found nothing to disagree with...