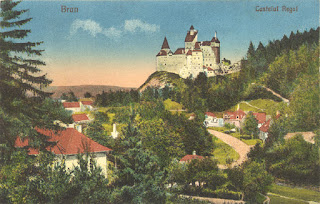 1211
The Teutonic Knights – “Ordo domus Mariae Sanctae Theutonicorum Hierosolimitanorum” – a catholic religious order formed in Palestine during the late twelfth century by German crusaders, received Țara Bârsei (“Terra Borza” or “Burzenland” – a country named after the Cuman tribe of Burci) from King Andrew II of Hungary. The purpose of this gift was to establish the Teutons in the area and to defend the Southeastern border of Transylvania from the Cumans and the Pechenegs.
The Teutons erected a fortress in Bran (a Turkish name meaning “gate”), before they were driven away from the area in 1226.

1377
On November 19, the office of the Hungarian King Louis the Great – Louis I of Anjou – issued a document granting to the people of Brasov (“Kronstadt” – The Crown’s City) the privilege of building a castle. Through this document, the Saxons of Transylvania (“Sachsen” – a population of German origin that came to Transylvania in the twelfth century), from the region encompassing Brasov, were urged to participate in the building of Bran Castle, which was previously named “Dietrichstein” or “Törzburg” in German, “Törcsvár” in Hungarian, and “Turciu” in Romanian.
1388
In 1388, the castle’s construction was complete. The Castle was built on a steep cliff between Măgura and Dealul Cetăţii (“fortified town’s hill”), with an exceptional view of the nearby hills, Moeciu Valley and Valea Bârsei. It served the role of customs – holding 3% of goods transferring in and out of Transylvania – and the role of a fortress – the castle stood at the Eastern border of Transylvania and was used in an attempt to stop the Ottoman Empire’s expansion. The castle was inhabited by professional soldiers, mercenaries, and the storyteller Ioan de Târnava, wrote about “the English brigands and ballista soldiers” of the fifteenth century. The lord of the castle was elected by the King, usually from among the Saxons, and whose role was increasingly important in the history of Transylvania. By the end of the fifteenth century, the castle’s commander also held the title of Vice-Voivode of Transylvania.

1407
The Castle was given as fief (“property given in return for loyalty”) by Sigismund of Luxembourg to his ally, Prince Mircea, the Elder of Wallachia, where he could escape to in case of an attack by the Turks. After the death of the Romanian Prince in 1419, due to the political instability of Wallachia, Sigismund took over the castle and entrusted it to the Princes of Transylvania.

1441
The Turks raided Transylvania, but John Hunyadi (Iancu de Hunedoara) defeated them in Bran. Iancu, Prince of Transylvania, who needed the support of the Saxons at the border, reinforced the promises granted to the inhabitants of Brasov by Mircea the Elder and by Sigismund. 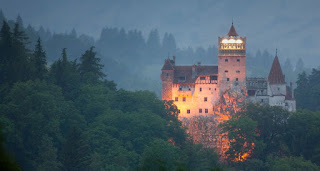 Previous Related Post:
The Castle and the Hill Fort as Spiritual Metaphor
The Castle Ghosts of United Kingdom