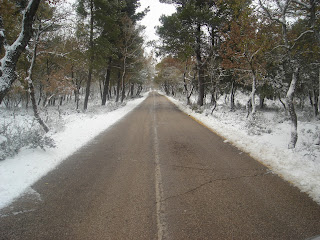 "The ship is a symbol of temporal existence, the forest a symbol of supratemporal Being. In our nihilistic epoch, optical illusions multiply and motion seems to become pervasive. Actually, however, all the contemporary display of technical power is merely an ephemeral reflection of the richness of Being. In gaining access to it, and be it only for an instant, man will gain inward security: the temporal phenomena will not only lose their menace, but they will assume a positive significance. We shall call this reorientation toward Being the retreat into the forest (Waldgang), and the man who carries it out the wanderer in the forest (Waldgänger). Similar to the term “worker” (Arbeiter), it signifies a scale of values. For it applies not only to a variety of forms of activity, but also to various stages in the expression of an underlying attitude. The term has its prehistory in an old Icelandic custom. The retreat into the forest followed upon proscription. Through it a man asserted his will to survive by virtue of his own strength. That was held to be honorable, and it is still so today in spite of all commonplaces to the contrary. 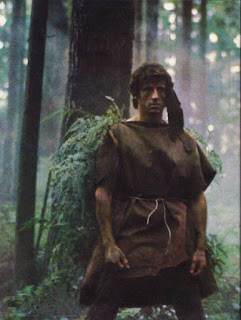 Wanderers in the forest (Waldgänger) are all those who, isolated by great upheavals, are confronted with ultimate annihilation. Since this could be the fate of many, indeed, of all, another defining characteristic must be added: the wanderer in the forest (Waldgänger) is determined to offer resistance. He is willing to enter into a struggle that may appear hopeless. Hence he is distinguished by an immediate relationship to freedom which expresses itself in the fact that he is prepared to oppose the automatism and to reject its ethical conclusion of fatalism. If we look at him in this fashion, we shall understand the role which the retreat into the forest (Waldgang) plays not only in our thoughts but also in the realities of our age. Everyone today is subject to coercion, and the attempts to banish it are bold experiments upon which depends a destiny far greater than the fate of those who dare to undertake them. The retreat into the forest (Waldgang) is not to be understood as a form of anarchism directed against the world of technology, although this is a temptation, particularly for those who strive to regain a myth."