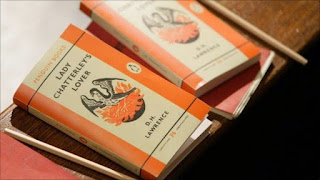 I have said again in previous posts that before 1945 there were many writters & poets (Mostly European but also Americans too) that in their works
openly expressing anti-democratic, anti-jewish, anti-liberal and oftenly even anti-christian ideas too. Some of them are very famous now. Their books became movies
and their works translated in many languages. From what i understand the majority of this people influenced by the ideas of Romantic movement of the 1800`s and deeply despised what the so-called "Englightment" (And its offpsrings like marxism, liberalism etc) stood for and prevailed in the intelectual circles of Europe & America. Now it the was their turn to influence other people.
Most of the European Fascist, National-Socialist & Nationalist movements of the 20th century came in existence when its creators and forming members got in touch with the ideas of this scholars and the worldview
presented in their novels & poems. Conciously or unconciously they were the forerunners. 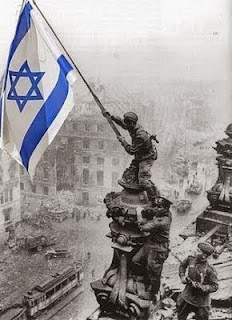 The zionist forces that prevailed in 1945 were very aware of this fact, so naturally these writters and their works targeted. In many countries those who were still alive where persecuted and hunted down ( Fex see Knut Hamsun, Robert Brasillach, Louis-Ferdinand Celine, Ezra Pound and more). But it was too late for all those who were dead but already famous. All around Europe a deadly silence fell around their political and social ideas. The most "harmless" of their works glorified but the "dangerous" ones kept in the dark and sometimes even remain unblished up to our days. 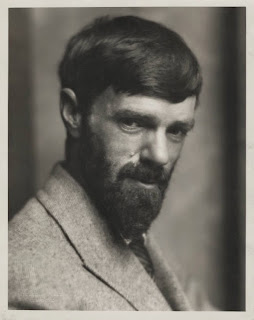 D.H.Lawrence is a writter from the same breed like the ones described above. A forerunner. Today he is very famous for his works like "Lady Chatterley`s Lover" and also several others of his works who adapted for cinema and tv use.

His exchange of letters with the socialist and pacifist Bertrand Russell reveal a lot about the ideas and worldview of  D.H. Lawrence.
Personally i never read any of his book or saw any of the films. I knew some of them only by name. However there is a online of the full letter correspondance with Russel, so i choose the in my opinion their best parts.
Here also follows a part of the prologue of the book that included them:


"The antagonistic friendship of D. H. Lawrence and Ber-


trand Russell endured for a little more than a year.
Not long after they met in 191 5, the two men planned to give
a series of lectures together in London. Both Lawrence and
Russell were opposed to war and were distressed by the one then
going on in Europe. But instead of establishing a common front,
they became involved in a little war of their own. Its story is
told in these twenty- three letters from Lawrence to Russell."

And here are the parts from the letters:

There must be a revolution in the state. It shall begin by the
nationalising of all » radio « industries and means of communica-
tion, & of the land— in one fell blow.

I have been wrong, much too Christian, in my philosophy. These
early Greeks have clarified my soul. I must drop all about God.

You must drop all your democracy. You must not believe in
"the people". One class is no better than another. It must be a
case of Wisdom, or Truth. Let the working classes be working
classes. That is the truth. There must be an aristocracy of people
»of<< who have wisdom, & there must be a Ruler: a Kaiser:
no Presidents & democracies. I shall write out Herakleitos, on
tablets of bronze.

"For what thought or wisdom have they? They follow the
poets & take the crowd as their teacher, knowing not that there
are many bad & few good. For even the best of them choose one
thing above all others, immortal glory among mortals: while
more of them are glutted like beasts."

is the hydra of Equality. Liberty, Equality & Fraternity is the three-fanged serpent


The working  man shall elect superiors for the things that concern him imme-
diately, no more. From the other classes, as they rise, shall be

elected the higher governors. The thing must culminate in one


real head, as every organic thing must— no foolish republics with


foolish presidents, but an elected King, something like Julius
Caesar.

...above all there must be no democratic control— that is
the worst of all. There must be
an elected aristocracy. 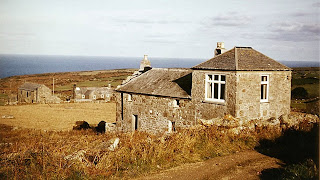 I like being here very much. Cornwall isn't England. It isn't
really England, nor Christendom. It has another quality: of
King Arthur's days, that flicker of Celtic consciousness before it
was swamped under Norman and Teutonic waves. I like it very
much.

One must be an outlaw these days, not a teacher or preacher.
One must retire out of the herd & then fire bombs into it

If you are intrested to know more about D.H.Lawrence and his ideas you can read this excellent article HERE
Ignore the full of lies entry on official wikipedia.