Hans Westmar - One of Many 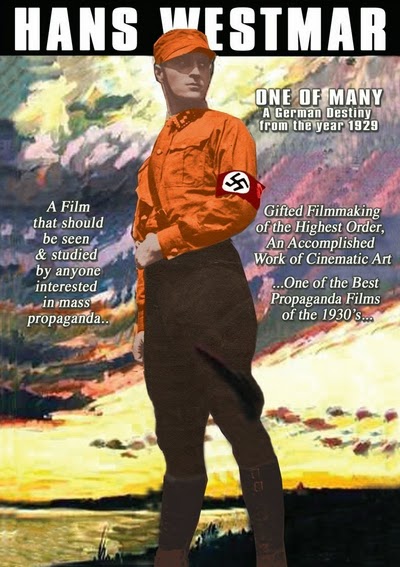 "The film concentrates on the conflict with the Communist Party in Berlin (Karl Liebknechkt Haus) in the late 1920s. When Westmar arrives in Berlin the communists, whose leaders include several stereotypical Jews, are popular, holding large parades through Berlin singing "The Internationale". When he looks into the cultural life of Weimar Berlin, he is horrified at the "internationalism" and cultural promiscuity, which includes black jazz music and Jewish nightclub singers.

Westmar decides to help organize the local Nazi Party and becomes, through the course of the plot, responsible for their electoral victories, which encourages the communists to kill him."

More info about the life of Horst Wessel 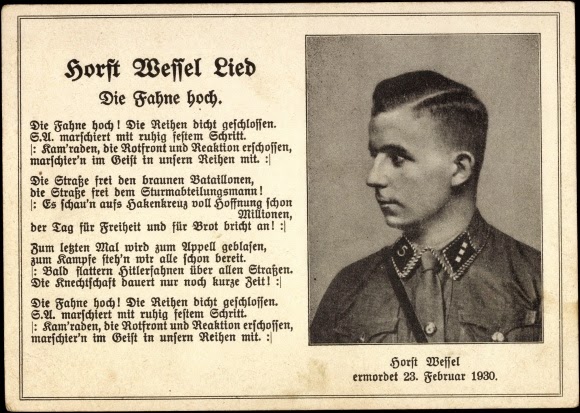