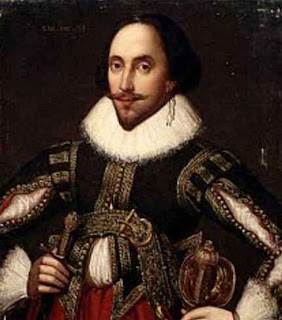 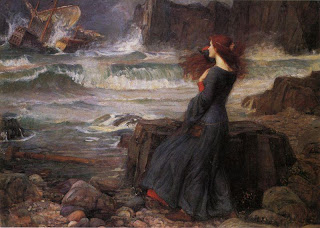 "Miranda is a character is William Shakespeare's play The Tempest. The play was first performed around 1611.

Waterhouse painted versions of Miranda at the start and end of his career. The other versions are dated 1875 and 1916 (smaller version of this painting). This picture was exhibited at the Royal Academy (No. 52) in 1916, a year before Waterhouse's death in 1917." 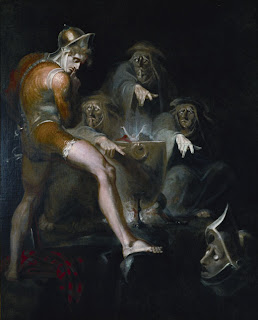 "Macbeth consulting the Vision of the Armed Head" by Johann Heinrich Fussli. 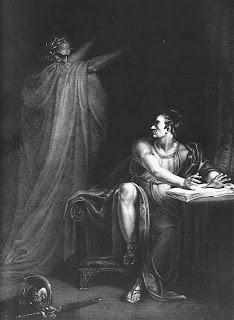 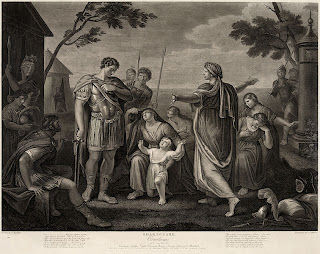 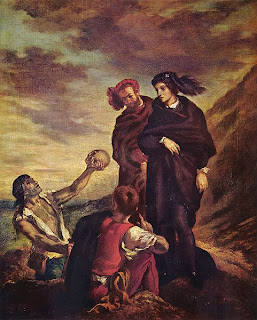 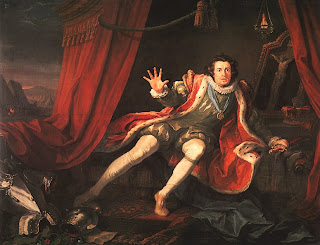 By William Hogarth, 1745
"English actor David Garrick in 1745 in the titular role in Act V, Scene 3 of Shakespeare's Richard III. This scene takes place just before the battle of Bosworth Field, Richard's sleep having been haunted by the ghosts of those has murdered, wakes to the realization that he is alone in the world and death is imminent." 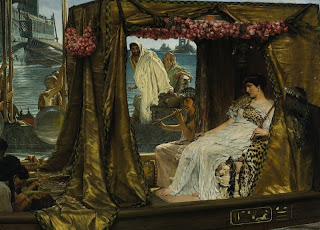 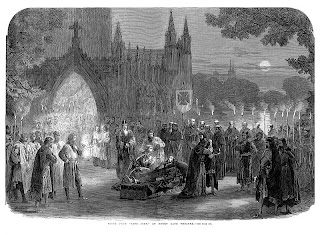 "The last scene, of which we present an Illustration, shows the death of King John on his couch in the cloistered-garden of Swineshead Abbey, where the soft moonlight, mixed with the rays of few lamps or torches, struggles through the mist of the evening, and harmonises witht he solemn interest of the occassion." 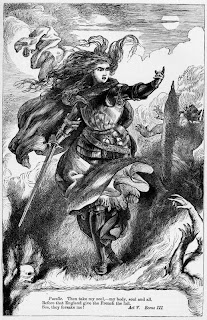