An Interview With DISIPLIN ( Censored/banned from "Zero Tolerance" mag)

Ok, lets take it one by one. In this modern society that we are forced to live in, there is sheeps. The sheeps need a shepherd. Ok so far? More or less the same happens in modern metal scene (Underground or not). There is so called "extreme" bands , labels , magazines. Bullshit! All of them are walk in safe way and pretend the "extreme" to the herd that following them. Quite laughable indeed! "Zero Tolerance" magazine is the perfect example of a magazine who just use fancy word and mag name so to impress the sheeps that reading and oftenly involved in the pages on this mag. In reality they are nothing but ordinary people (Like the ones you use in the bus or your job. And thats not often. From time to time i met much more radical & extreme from this kind of people than the so called "Black Metal extremists-misanthropes" or whatever) dressed in wolfs clothes. Leftists oftenly dictate to them what they will use and what not. Thats why you`ll never see something truly dangerous ideologically (A band or label) amongst their pages. DISIPLIN is a band that exists for a decade now. They used to be in Moonfog , having distribution by all major labels around and also be presented in all Metal mags. Since 3-4 years now , their ideology changed and envolved. That was it, the metal music industry will never forget it. A band that decided to promote their Nordic Heritage, Culture and also the true European way of life. This is a thorn in the eye of the politically-correct music industry and its labels, mags and bands. To my opinion they must really proud of such boycotts cause it shows to them that they are on the right way. Below is the DISIPLIN interview that banned (Why they really asked it in the first place since they knew the nature of the band? Perhaps they were expecting "nice answers" to please the ears of the mob) from "Zero Tolerance" magazine. Used ofcourse by permission of the band. Support this band and the label that released their stuff. Its music that the politically correct metal establishment doesn`t want you to hear. Will you do their favour? 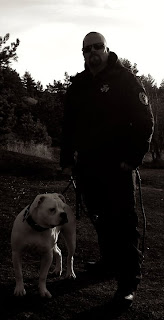 1. Radikale Randgruppe has a strong identity and feeling throughout, is there a specific theme or concept behind all of the songs?

Ave,
Musically, the album’s intent is to inspire, motivate and charge likeminded individuals to continue the fight, to stand tall, in defiance against the Modern World!
Lyrically, as the album title suggest, it is an homage to all “fringe groups”. Such as The Pagan Front, Golden Dawn (Greece) as well as bands, musicians and individuals that stand proud and fearless!

2. A very basic question is ‘what has happened to Disiplin?’ Although your first couple of releases were strong albums, they were far more standard black metal than the music you make now, which is far more intense and unusual. Do you see your recent work as a natural evolution from your early work or is it a reinvention?

From the very beginning, I wanted to create black metal, and those albums are what came out of it (up until “Anti-Life“). I was extremely focused musically, and I am still today proud of those releases, though I of course find the lyrics and image childish and immature.
This evolution came more or less naturally, and was made possible by turning Disiplin into a one man band. No compromise!

3. A related question, did your experiences with Dissection have any impact on the music you now make with Disiplin?

Not directly. But I was of course inspired by Jon’s ambition, drive, musicianship and skills as a composer.

4. Norway obviously has a very strong tradition of black metal, does this mean there is more pressure to have a strong identity as a band and do something different?

In the past, with Myrkskog and the first Disiplin releases I perhaps thought about this, but not any longer. Earlier we were more tight knit (the black metal scene), and hung out and almost competed with each other musically. But these days, I create art that is meant for myself and my Kameraden to enjoy.

5. How do you look back on your time with Myrkskog? To me they always seemed like a great band who never quite fulfilled their potential.

Indeed. Fantastic musicians, and quite good song writers, but they did not have the necessary will, determination and focus to put into action all that they were and perhaps are capable of. For various reasons.

6. Whereas many black metal bands base their music in history and mythology your outlook feels very modern, do you think this is an important feature of your work?

I am inspired by history, but I focus on the present and the future. I am realistic and what I mirror is what I predict is reality, or will be. Although Disiplin feels modern, there is also a stream of something ancient and primordial flowing within the songs. An Ariosophic Current.

7. At times there was a kind of bleak beauty on Hostis Humani Generi but although traces of it still remain on Radikale Randgruppe, on the whole it is unremittingly brutal and harsh in comparison. Was this a direction you had planned for the album or did it naturally arise during the writing process?

It was more a result of the situation I was in when writing the material. Writing “Radikale Randgruppe” I just came out victorious of a long lasting struggle, and was energized and inspired. The brutality and harshness came naturally.

8. I have noticed that often Disiplin seem to project an image that seems extremely right wing but the lyrics etc do not seem as straightforwardly ideological/political as people might expect. Do you have any particular ‘agenda’ in your music?

Disiplin is NSBM, and has been for the last 6 years, and it can even be seen from the very beginning. National Socialism is far more than just a political ideology. For me National Socialsm goes hand in hand with Ariosophy. A worldview, a way of life, a religion, and a search and struggle for the Aryan/Noble to transcend and break his limitations and chains, and usher in the new Golden Age.

My agenda with Disiplin is simple. Inspiration and fuel to the few Noble left in this world, to not lose hope and stand tall in defiance against the crumbling and decadent Modern World. Continue to fight, and not be corrupted by the flood waves of the Kali Yuga.

9. Your involvement with the Pagan Front suggests that paganism is much more to you than just mythology or a subject for music, but how far does it affect your life outside of Disiplin?

I consider the Aryan Gods, the European gods and their respective religions to be pathways and tools to reach the same goal. Thus all tools for the Ariosophic Initiate to use in his work towards illumination.

10. Black metal is supposed to be about transcending rules, but has an audience that seems to demand that bands play a certain way, do you find that your fans have strong feelings about any changes in your style? Would you care if they did?

Some fans have cursed the direction Disiplin took after “Anti-Life”, while others have embraced it. It will always be this way. Although now there is more a love/hate attitude towards the band which I enjoy much more than something in the middle.

11. With every release, the band’s profile is higher, are Disiplin happy to be an ‘underground’ band or would you ultimately like to receive wider recognition?

I am very happy were Disiplin is a the moment. I am not in this for money or fame.

12. Would you ever bring non-metal element s into your music like many ‘post-BM’ bands do?

Whatever makes the final product sound the way I wish, I will do. I will not include stuff just for the sake of having something original there. It has to do something for the music, it has to lift it to a new level. Otherwise it is pointless.

13. Your music is heavier and more ‘metallic’ than some of your older work, do you think the metal part of ‘black metal’ is sometimes overlooked by bands (i.e.‘symphonic’ bands, folk BM etc)?

I think many people should reconsider what they call their music, yes. I think, true black metal’s most important ingredient is the spirit of revolt. The ambient albums of Burzum have more revolt in them than some of the most brutal black metal bands. In my book that is what counts.

14. What is next for Disiplin?

Getting “Radikale Randgruppe” out. Next is a split cd with Pantheon. Then a split cd with Absentia Lunae, and after that a new full-length.
Thanks a lot for the interview!

For Blood, Soil and the Gods! 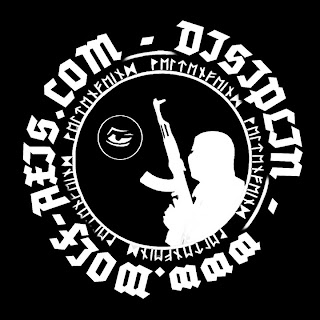