The Tradition of Lamentations in Hellas

The folk rejoice and sing about life, the joys and the sorrows, his agonies and his pleasures. He sings for his fatherland, his heroes and nature. But he also sings for Death, for Charon, the departure of the beloved ones, either for the world below or for unknown and distant lands. This song is the lamentation.

The lamentation consists since the most ancient poetical expressions, a song of mourning and we find it in the Homeric works. In the Iliad there are mentions of funeral songs for Achilles and Patroklus as well as for the rape of Helen. The threnodic poets of the ancient times became the lamenters of the contemporary years. In the ancient era, as well as in the modern folk traditions, although there’s the belief about the immortality of the soul, the relatives of the departed still mourn and grieve for the loss of their beloved ones. 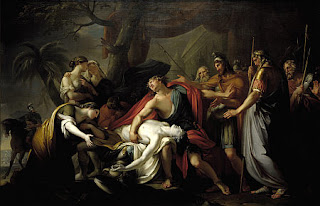 Lamentations can be found in every corner of Hellas, within or beyond the borders of the modern Greek territory. From Northern Epirus, to Krete, from Mane to the Pontus and Asia Minor. The richest tradition in terms of antiquity and quantity, even today, can be found around the area of Mane and Epirus. The lamentations of these regions are passed from generation to generation. Improvisation is also common. The lyrics and the rhythm of these songs in Epirus are mostly in the 15-verse pattern, while in Mane they are replaced by the 16-verse and quite often by the 8-verse pattern. The rhythm and the verse of these songs are considered a distant relative of the Homeric verse. During the ancient times and the following ages, the lamentations were funeral songs and more seldom as songs of revenge. In the recent years they are usually referring to immigration. 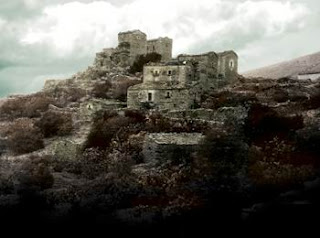 In Mane we find them mostly in their funeral form and even in the recent vendettas, the lamentations are used as an expression of vengeance for the loss of the family. Poulikos Kourakos says, in short, “the famous lamentations of Mane, not only express the overwhelming presence of Death, but they are also the objection of the young woman became widow, the desperate voice of the daughter that is left unprotected, the sad expression of the ultimate sorrow, the woeful and at the same time tender cry of the thunder-striken mother that is left without a child.” 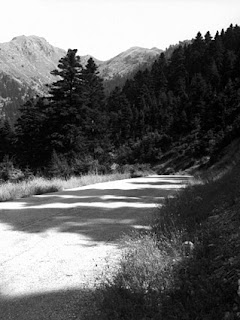 The lamentations in Epirus have reached a different form, which is completing the
description above. Besides the esoteric feelings that become manifest through the words, mainly in the form of polyphonetic songs, lamentations are also constitute musical, instrumental songs. Most of them have a nationalist character, against the ottomans and the turko-albanians. In the same time, many of the contemporary lamentations are, as we said above, songs of the immigration and the parting, marking thus the conditions of an era. Even in modern feasts, the musicians play lamentations, in Epirus even marriages begin with lamentations. It is the formation of the landscape that made its impression on the folkish soul in combination with the loss of the beloved ones and the love for the land itself, where life and death, mourning and joy, become one, within the sound mysticism of the Doric pentatonic harmony.

Notable is the fact that the church prohibits the manifestation of lamentations within the christian temples because it considers them a direct remnant of pagan beliefs. Those who have witnessed such funerals, as well as commemorations, must have noticed that within the church the mourners cry and speak to the dead, but there are no mentions about the Underworld, Hades or Charon.

In the streams on History, the folkish culture consists a pure expression of the ethno-racial continuation of a folk, it is the bridge the connects us with the past, just like the stone bridges connect two riverbeds. This folkish culture, whose elements can be traced in every place colonized by our ancient forefathers, in the Balkans and of course in Magna Grecia of southern Italy.