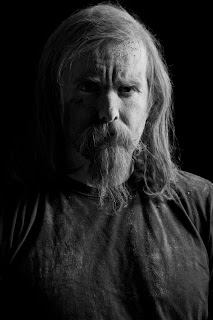 Its already widely known the return of one of the most influential NORSE BLACK metal bands namely BURZUM.
11 years since the release of the last album, Varg Vikernes is stronger than ever. As it was excepted, "Belus" is a masterpiece. Lyrically and Musically in the true spirit of Burzum.
Varg Vikernes is an artist which in his career and after 16 years in prison refused to compromise to the politically-correct music industry like many other pop-black bands.
For this reason, you`ll notice famous mags and webzines giving bad reviews to "Belus" and the same time praising boring and plastic soulless shit like behemoth, rotting christ, dark-throne e.t.c. Too bad for them and their labels that "Belus" is going to sell the double amounts from all their politically correct shit together.

Avoid downloading! Buy the albums and support the bands and musicians who stand true to their Ideals and music. Burzum is definately one of them!

Belus CD/LP and Merchandise available from:
http://www.plastichead.com
Posted by T.K. at 00:08