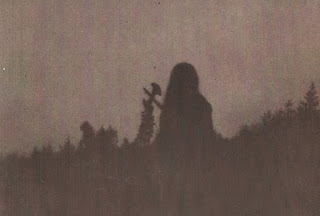 Right now I rehearse for my soon to be recording session, where I will record the very introduction to this cyclus. This will be one song in two parts. Its called Født Til Å Herske (born to rule). Part I + II." 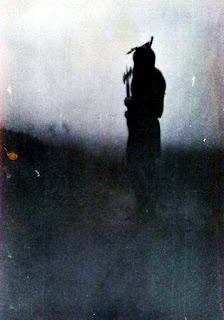 He was born before his own time.
Yet he wandered through his own lands,
Before he raised his iron fist in wrath there for the first time.
It was in a different world than that to which he belonged,
His spirit was given a living body.
But the old spirit still remembered its time as ruler of the right world.
The time that has already been but which will be,
And always shall remain, the time of times.
The spirit remembered this,
And created the time once more.
He created the towering misty mountains,
Where ice is the only ruler.
The deep forests with the deeper lakes.
ENDLESS LIFELESS WASTELANDS.
He created the high tower,
Whose shadow nobody escapes.
The dark castle highest on the high mountains.
The Stargate, which submits only to the will of the great one.
He created a world of terror and fear.
Governed by the evil force in all directions and time.
He created the great book.
Whose parchments lie hidden in the deep caves.
He wages war on the helpless, the sick and the weak.
With wolves, wraiths, spirits and trolls and all things grim as his horde in war.
None escapes the eternal wrath and curse of the monarch.
He only sits on his throne, gazing out over his land.
He sits there still, and knows that he is BORN TO RULE.