IRON MAIDEN on Yukio Mishima and The Samurai Warrior Spirit 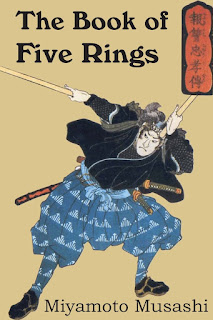 "Japan had nibbled away at me. I had bought a copy of Miyamoto Mushashi's philosophical The Book of Five Rings. Touted as the go-text for business warriors, it was written as a treatise on combat, life and art by of  Japan's most lengendary ronin.
Musashi's life has been serialised and put into an epic novel, and as character he impinges on much of Western Movie culture, from The Magnificent Seven to Clint Eastwood and The Outlaw Josey Wales. 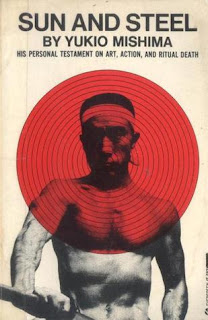 The Japanese ultra-nationalist Yukio Mishima became obsessed by him and caused mayhem when, as one of Japan's most-revered poets, he disembowelled himself and was decapitated by a faithful assisant during a failed coup d`etat.
The Inspiration for our song "Sun and Steel" came from one of Mishima's best-known novels. But the lyrics are not about Mishima; they are about Musashi."

BRUCE DICKINSON  "What Does This Button Do? An Autobiography"