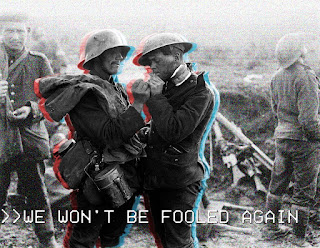 11th of November 1918 is the official date that the WWI ended. 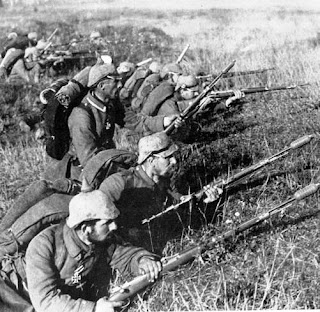 "And yet the strangest thing of all was not the horror of the landscape in itself, but the fact that these scenes, such as the world had never known before, were fashioned by men who intended them to be a decisive end to the war. Thus all the frightfulness that the mind of man could devise was brought into the field; and there, where lately there had been the idyllic picture of rural peace, there was as faithful a picture of the soul of scientific war." 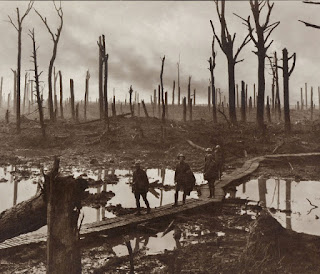 "For I cannot too often repeat, a battle was no longer an episode that spent itselt in blood and fire; it was a condition of things that dug itself in remorselessly week after week and even month after month. What was a man's life in this wilderness whose vapor was laden with the stench of thousands upon thousands of decaying bodies? Death lay in ambush for each one in every shell-hole, merciless, and making one merciless in turn. Chivalry here took a final farewell. It had to yield to the heightened intensity of war, just as all fine and personal feeling has to yield when machinery gets the upper hand. The Europe of today appeared here for the first time on the field of battle." 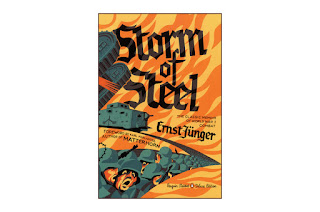 SEE ALSO:
Ernst Jünger - 102 Years In The Heart of Europe