Orientalism and Other Non-European Vices 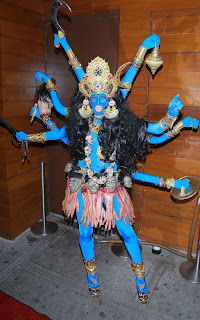 (a truly matching choice. The idol of all race-mixers Heidi Klum dressed as goddess kali)

An intersting paragraph taken from Julius Evola's classic masterpiece Ride The Tiger.  Though I believe that Evola contradict a bit his own self on this matter as previously himself have expressed many times a sympathy on such doctrines. However I fully agree on this paragraph. Its sad to see that nowadays more and more Europeans turning on hinduism, kabbalah, buddhism, zoroastrism, and other similar oriental belief systems which are totally alien (if not at times completely hostile) to our original Racial archetypes and instead not looking or studying deeper the authentic European Culture and Traditions. 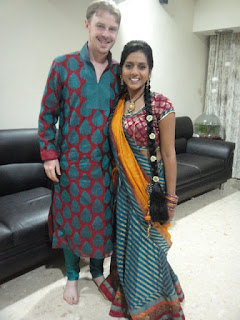 "Before leaving this topic and resuming my principal argument, it may be useful to mention another point connected to cyclical laws. This concerns the relationship between Western civilization and other civilizations, especial those of the East. Among those who have recognized the crisis of the modern world, and who have also abandoned the idea that modern civilization is the civilization par excellence, the zenith and measure of all others, some have turned their eyes to the East. They see there, to a certain degree, a traditional and spiritual orientation to life that has long ceased to exist in the West as the basis for the effective organization of the various realms of existence. They have even wondered whether the East might furnish useful reference points for a revival and reintegration of the West.
It is important to have a clear view of the domain to which such a proposition might apply. If it is simply a matter of doctrines and "intelectual" contacts, the attempt is legitimate. But one should take note that valid examples and points of reference are to be found, at least partially, in our own traditional past, without having to turn to non-European civilizations."

RIDE THE TIGER - Chapter "The End of a Cycle" 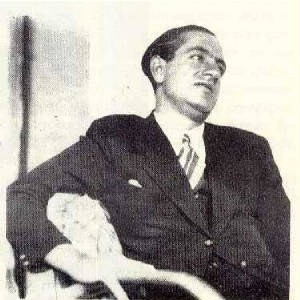