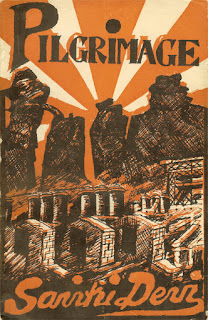 The Rocks of the Sun
by
Savitri Devi
(An extract from Chapter 9 of Pilgrimage, edited with illustrations and captions by Irmin.
Originally published at Irminsul’s Racial Nationalist Library.) 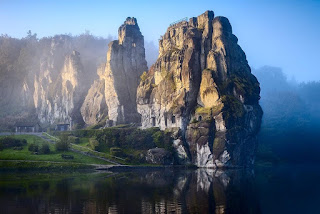 We rolled through and past Horn, without stopping, turned to our right as we reached the outskirts of the town and then, after another five hundred yards, to our left, and followed a beautiful asphalted road bordered with trees and meadows beyond which more trees—that same, unending Teutoburg Forest in autumn garb, that I was never tired of admiring—could be seen. I looked right and left, and ahead, and did not speak. I was watching the approach of evening upon the fiery red and yellow and brown of the leaves ready to fall, and thinking of the captive eagles and of enslaved Germany, and longing for the Day of Revenge—“der Tag der Rache”—as steadily as I had been, as a matter of fact, for the last eight and half years.

Then, suddenly barring the road, a row of vertical rocks about a hundred feet high—but looking much higher, specially from a short distance—appeared, evenly grey against the bright background of the sunset sky. I recognized them at once for having seen pictures of them, and exclaimed in a low voice, with ravishment: “Die Externsteine!” 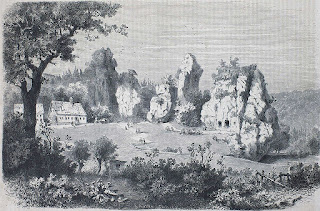 We stepped out of the car. I stood, automatically, apart from the other travellers, as though I were aware of the fact that we belonged to two different worlds; that they, even though they were Germans, were, here, but tourists, while I, even though a foreigner, was already a pilgrim.

I looked up to the irregular stone shapes that stood between me and the further forest, into which the motorable road leads. The familiar outlines fascinated me. Not that I was, for the first time in my life, visiting a place stamped with the prestige of immemorial Sun-worship: it was anything but the first time! I had seen Delphi and Delos, and the ruins of Upper and Lower Egypt: Karnak and the Pyramids. And I had, in India, visited the celebrated “Black Pagoda” built in the shape of a Sun-chariot resting upon twelve enormous wheels, each of which corresponds to a sign of the Zodiac, and presenting in sculpture the most splendid illustration of Life at all its stages—in all its fullness—from the wildest erotic scenes that adorn most of the surface of the lower walls, to the serene stillness of lonely medication: the meditation of the Sun-god Himself, whose seated statue dominates the whole structure. And I had visited the extraordinary temple of Sringeri, every one of the twelve columns of which is struck in turn by the first Sun-rays, on the day the Sun enters a new constellation.... 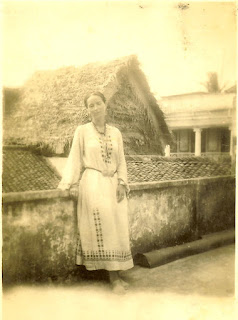