The 4th of August in Hellas 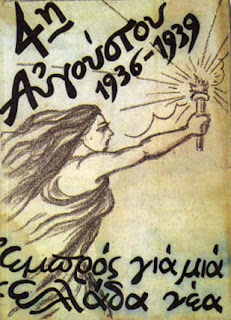 Without a doubt I dissagree in several matters with the 4th of August regime. However this doesn`t change the fact that its leader Ionnis Metaxas was a brilliant military officer and also as a politician a man with great vision for Hellas and with the best of intentions. The big difference with other the Nationalist movements of its time, was that Metaxas had not complete authority to do what he truly desired. Above him was this judeo-masonic puppet King George II who was ofcourse serving the British intrests. 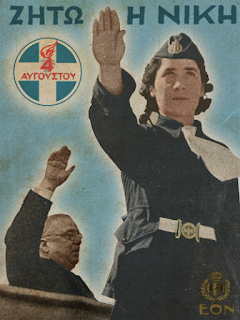 Now we know from his private diaries that Metaxas knew exactly whats going on in the world and he was fully aware of the Jewish problem. Thats why he "died"(see murdered) during a routine surgery on his throat.

Here are a couple of intresting videos I found on Youtube. Give an insight on Hellenic things during the 30s under the 4th of August regime leadership.


More info on the 4th of August Regime HERE


SEE ALSO:
Hellas in the 30s: The 4th of August Regime 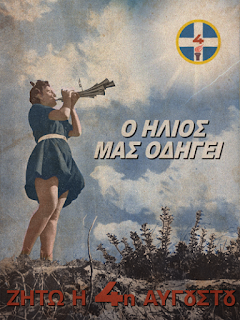