The Cold Death of a Scandinavian Industry

Few years ago, at the February 4th of 2014, Roger Karmanik the founder of Swedish label COLD MEAT INDUSTRY announced its label end: 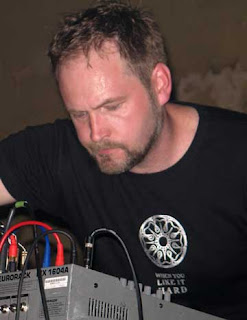 "Hey all! Cold Meat Industry is Dead! I thought you ought to officially announce this..., and I should have told you long before.... But briefly: it has been hard to admit it... and to let it go! I am confident of my decision. I had a lots of fun during the years of creating CMI and I've learned it made a massive impact on the music scene. Being in the middle of this creative storm I got personally drained, it emptied my body of strength, and happiness. It caused me deep depression, alcoholism, and misery. I, who thought I was invincible... It was hard to admit to me, and also to all people around me. Now, I am finding the way back to my innerself, and exploring life again - and music! I am proud of what I have done, but will not rest with that! Ashes to ashes, dust to dust, the Familygrave is sealed!"

Despite the fact that founded in 1987, the label became more known in Metal circles towards the mi-90s. Around that time also, their releases found their way to some record stores in Athens. Back then, to young guys like me who were mostly into Metal genres, the releases of Cold Meat Industry had a massive impact. Besides the musicians who had been on Metal bands previously, it was mostly new bands run by completely unknown persons, strange titles and abstract covers, that opened the gates to others worlds and mysterious places. The distant sounds of loneliness, melancholy and Scandinavian coldness. 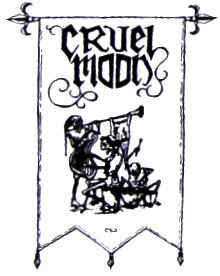 For many years Cold Meat and its sub-labels (Cruel Moon International etc) produced an impressive ammount of releases. Despite the fact that in post-2000 era, I rarely visited their page and followed their news, Cold Meat was the kind of label that it was good to know that its still there and making releases. To had the feeling that any time you can return there and explore new dark music.

As a label Cold Meat was in a release frenzy, with many titles within short periods. Perhaps now its the proper time to re-visit their back catalogue and finally complete my want-list. However, this time will be over soon and the gap thats left behind is hard to be filled by any other label of the same genre.

Lets remember some of their (according to my personal taste) greatest releases: