The Racial Origins of Minoan Civilization 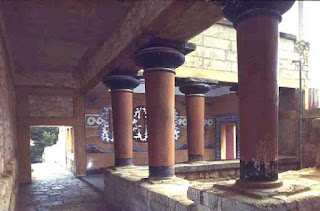 One of the oldest civilizations that was ever existed in South Europe was the Minoan Civilization. According to several archaeologists and researchers its more than three or four thousands years old.  Most people  knows King Minos from the myth of Theseus and the killing of Minotaur. 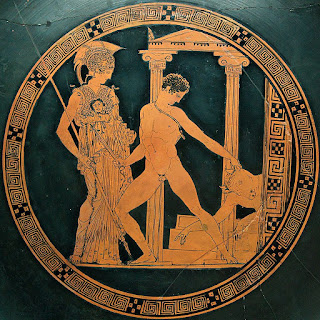 Before go any further, here are a couple of useful links:

Who were this people and which were really their racial origins? through the decades they were many speculations on this matter. Some had scientific base some not.
Few years ago there was a very intresting article in BBC NEWS. Based on real research taken from DNA tests and more.

And here i paste the in my opinion most important parts:

"Analysis of DNA from ancient remains on the Greek island of Crete suggests the Minoans were indigenous Europeans..."

"The comparison seemed to rule out an origin for the Minoans in North Africa: the ancient Cretans showed little genetic similarity to Libyans, Egyptians or the Sudanese. They were also genetically distant from populations in the Arabian Peninsula, including Saudis, and Yemenis."

"The ancient Minoan DNA was most similar to populations from western and northern Europe. The population showed particular genetic affinities with Bronze Age populations from Sardinia and Iberia and Neolithic samples from Scandinavia and France."

"The Minoans are Europeans and are also related to present-day Cretans - on the maternal side."

Here is the link for this article:
DNA reveals origin of Greece's ancient Minoan culture

Over the years (From the mid 1800`s up to our days) many articles were written, books published and tons more propaganda to prove that modern day Greeks have nothing to do racially with Ancient Greeks. That the present day population of Hellas is a mix of slavic, turkish, albanian and north african blood. However, for one more time, here comes the real science (thats not subjugate to politically correct propaganda in the type of "Europeans originate from africa" "there is no races but only one, the human race" and similar pseudo-theories) to prove the opposite. 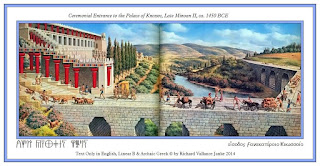