Another visit in Mesogaia. Shorty after the previous one. The days that followed, we had decide to go at the most southern corner of Attican lands. To the region of Lavreotiki. In the hills located few km before the main town is Thoriko. There we visit the remains of its Ancient theatre which is one of the oldest in Ancient Hellenic world. Next to it, we saw the sign for a Mycenaean tomb. The road to it is not well-preserved and i`m pretty sure during winter time, without the proper equipment it will be really difficult to visit it as its some distance walking upwards to the hill. We finally found the tomb. It doesn`t suprized me that it was not in a good shape. There was a basic contruction works to it, but it seems that was not enough as in the region there is always heavy rainfall during autumn and winter. After the tomb we noticed some "strange" rocks looked not like part of the hill but more like someone placed them there. Ruins of an archaic Acropolis? Who knows...for sure looked like a place taken from a Robert Howard novel. Impressively similar! As there was not any path to the top of this hill, we had to do something between walk and climbing amongst thorny bushes and sharp rocks to reach it. And so we did!
Here you can see photos from the theatre, the tomb, the ruins(?) in the top of this hill and the view of the whole area from it. 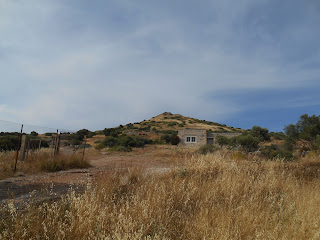 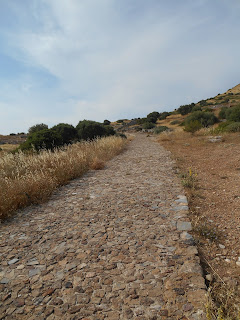 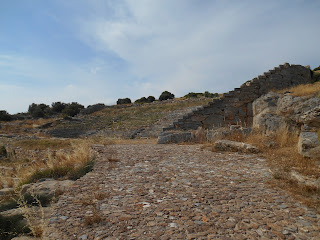 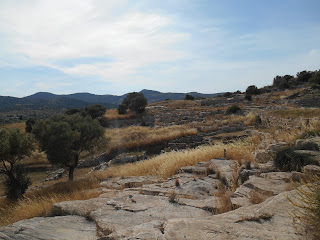 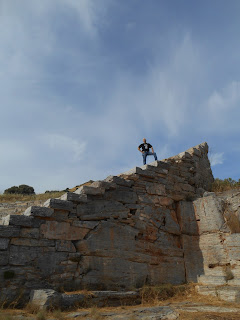 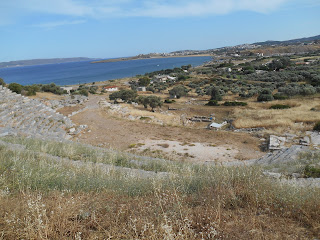 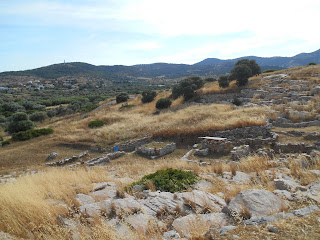 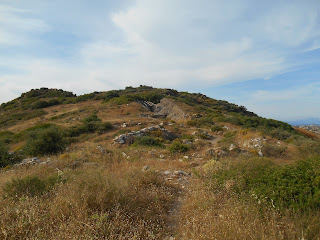 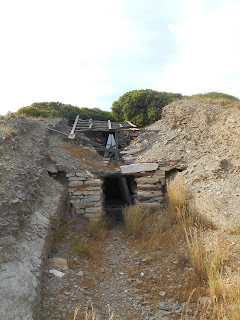 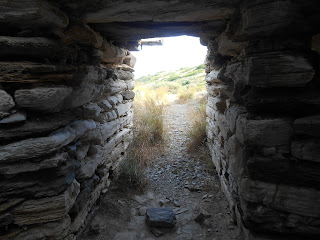 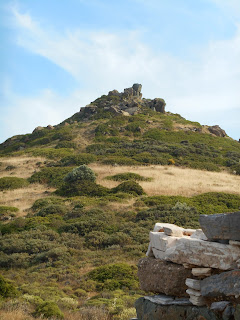 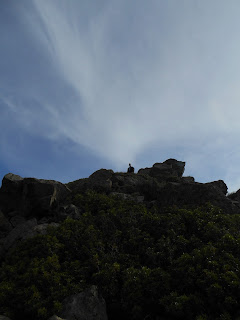 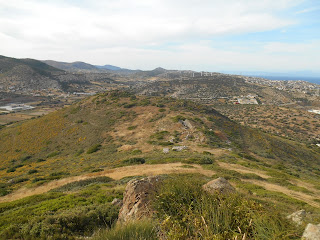 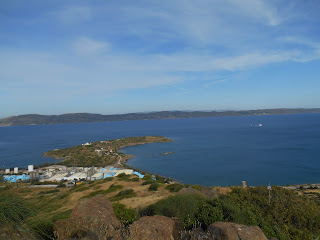