Here is the second part of an older Oswald Spengler related post and also something like a continuation of the previous thread. This time its about a painting and the history behind it. 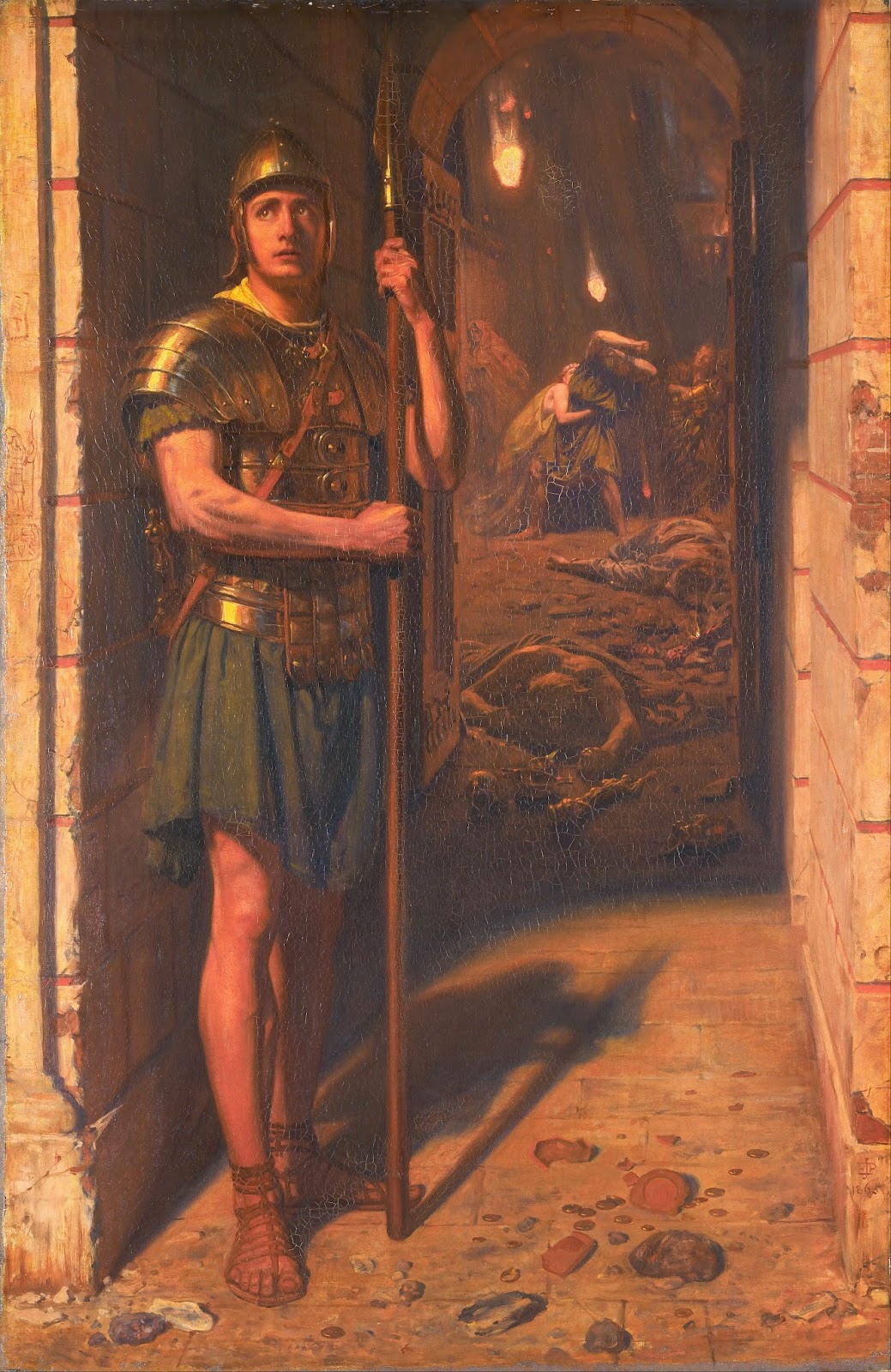 This painting derives from the following passage in Edward Bulwer-Lytton's "The Last Days of Pompeii":

"The air was now still for a few minutes: the lamp from the gate streamed out far and clear: the fugitives hurried on—they gained the gate—they passed by the Roman sentry; the lightning flashed over his livid face and polished helmet, but his stern features were composed even in their awe! He remained erect and motionless at his post. That hour itself had not animated the machine of the ruthless majesty of Rome into the reasoning and self-acting man. There he stood, amidst the crashing elements: he had not received the permission to desert his station and escape." 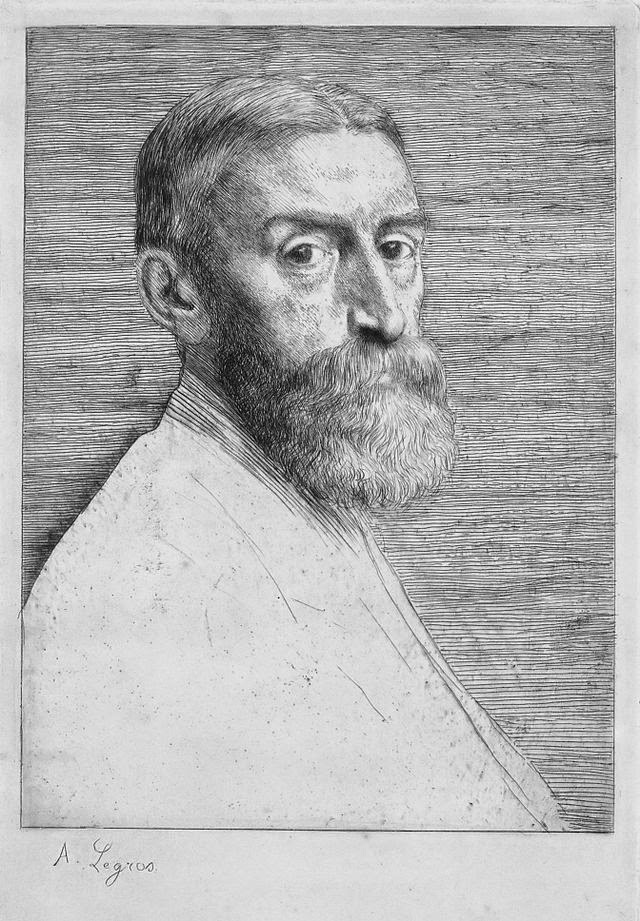 "Poynter needed a success with a picture at the Academy, as this was the only way to bring his name before the public, and also the only way to smake enough money to support himself. In 1865 he achieved this with Faithful unto Death, still probably his best known work. The figure of the faithful soldier, remaining at his post during the destruction of Pompeii, made an immediate hit with the Victorian public. Not only was it based on an episode in Bulwer Lytton's The Last Days of Pompeii, an enormously popular and influential book, but the idea of stoic devotion to duty was one very dear to Victorian hearts. Poynter's approach to the subject was an original one, combining the antiquarian methods of Alma-Tadema and Gerome, with the more heroic and monumental style of Leighton. . . . This formula of combing historical acuracy with heroic action was Poynter's main contribution to the classical movement, and it was to be much copied by other artists"