An Eye Towards The Archaic Past

Its been already some time passed since the last travel to Ancestral Mystical places of Hellas.
During the summer i was watching a documentary series about places, tombs and customs of Ancient Hellenic antiquity. 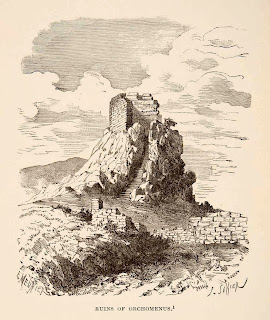 That day, this series was about the city of Orchomenos (Which is at Boeotia region) and the Royal Tomb of Minyas. Boeotia is a very familiar place to me (And for sure quite familiar to regular visitors of this blog too),  but i never been at this Tomb before. To my opinion summer is not a good time to visit the monuments in Hellas. Too much heat , tourists e.t.c. makes difficult to feel properly the charm and the mysticism that surround such places. But during Autumn/Winter
the scenery is completely different. Something that turns each visit into a real religious experience! Thats the main reason why i travel and make such type of posts during the winter/autumn months.

As i mentioned above, planed since the Summer,  i returned to Boeotia. In the very old city of Orchomenos. To the place that i saw in this documentary,  named Minyas Treasury or The Tomb of Minyas.

The Hellenic traveler and geographer Pausanias, in his great work "Descriptions of Greece" writes about this place:

"At Orchomenus is a sanctuary of Dionysus, but the oldest is one of the Graces. They worship the stones most, and say that they fell for Eteocles out of heaven. The artistic images were dedicated in my time, and they too are of stone.
They have also a fountain worth seeing, and go down to it to fetch water. The treasury of Minyas, a wonder second to none either in Greece itself or elsewhere, has been built in the following way. It is made of stone; its shape is round, rising to a rather blunt apex; they say that the highest stone is the keystone of the whole building."
"Orchomenus"

At the time of Pausanias the Tomb was very old already. It dates back from 13 BC. A place embraced by many myths, lost in the mists of the ages and time.
To that place we arrived at the noon of a grey rainy day... 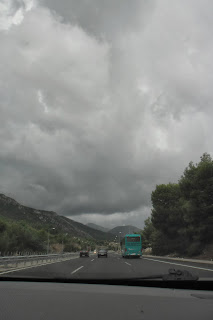 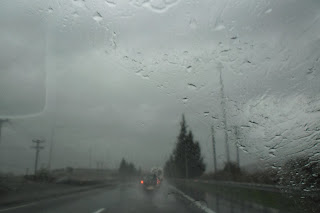 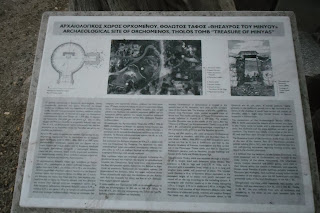 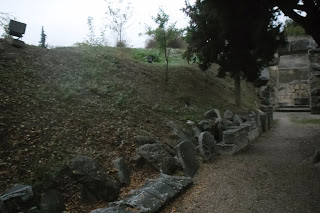 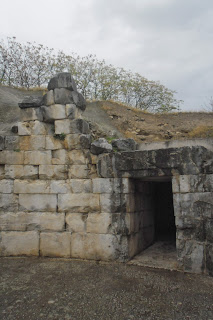 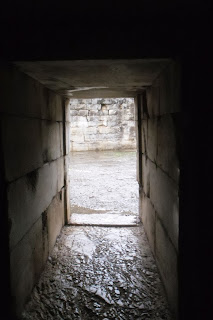 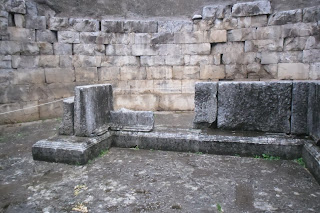 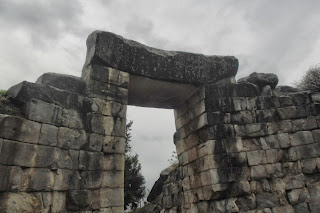 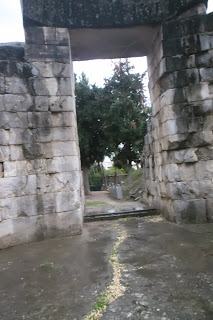 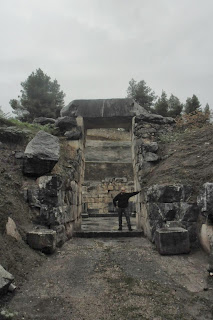 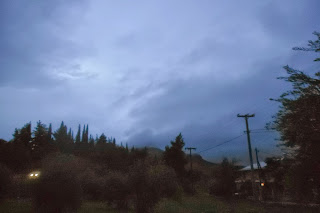